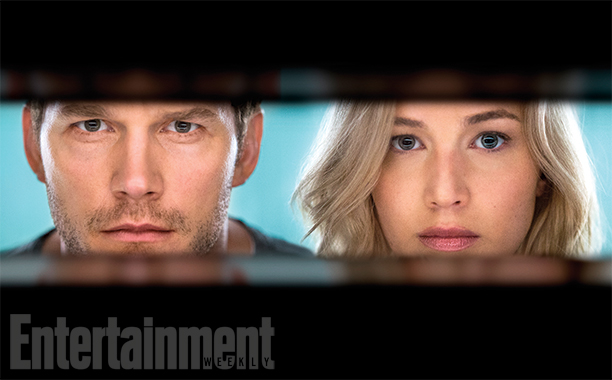 We first reported on Sony’s upcoming sci-fi drama Passengers last year, when it made news because of the hefty paychecks given to the two leads: Jennifer Lawrence and Chris Pratt. Well, after starting life in seeming “Development Hell” floating around Hollywood for years, then somehow lucking into two of Hollywood’s biggest box office names, Passengers is finally set for release in December, and we now have a first glimpse of the film thanks to Entertainment Weekly.

Directed by Morten Tyldum (The Imitation Game), Passengers is about two people on a luxury spaceship bound for a new human colony 120 years away from Earth. The 5,000 passengers are traveling in suspended animation when two of them — Jim and Aurora (played by Pratt and Lawrence) — wake up 90 years too early. As they realize they are now going to live out the rest of their lives on this ship, they spend time together, become close, and fall in love. It’s also kind of lucky that they woke up early, because the ship is malfunctioning, and if they don’t figure out how to fix it, all 5,000 passengers will die.

An original sci-fi film that’s also (possibly) a sappy love story starring two of the most relentlessly likable actors on the planet? That’s like, pretty much every not-so-guilty pleasure I have. 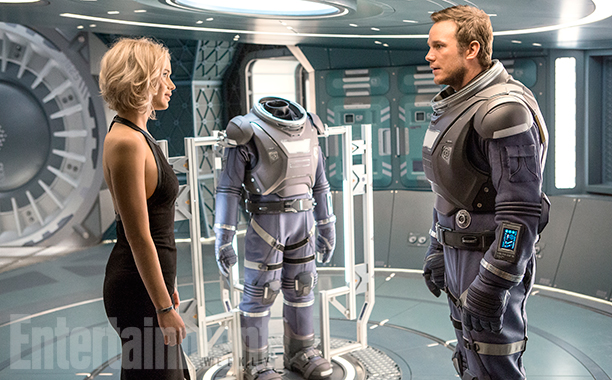 Says Tyldum of the film, “It’s one of those stories that really grabs you and you fall in love with it. It’s very smart and funny and clever and such a page turner I couldn’t put it down. Every 10 pages, something new happens! At the same time it’s a very intimate movie while taking place on this epic scale. For me, it’s a story about what’s important to live a full life. What are the things we need as humans? It’s not afraid to entertain but at the same time it asks big questions about what does it mean to really feel happy. Every generation has its love story. I feel like this is it. I had to do it.”

Passengers also stars Michael Sheen, Laurence Fishburne, and Aurora Perrineau, and comes out December 21st. I will likely be there with bells on (and a box of tissues).

(via Collider, image via Entertainment Weekly)