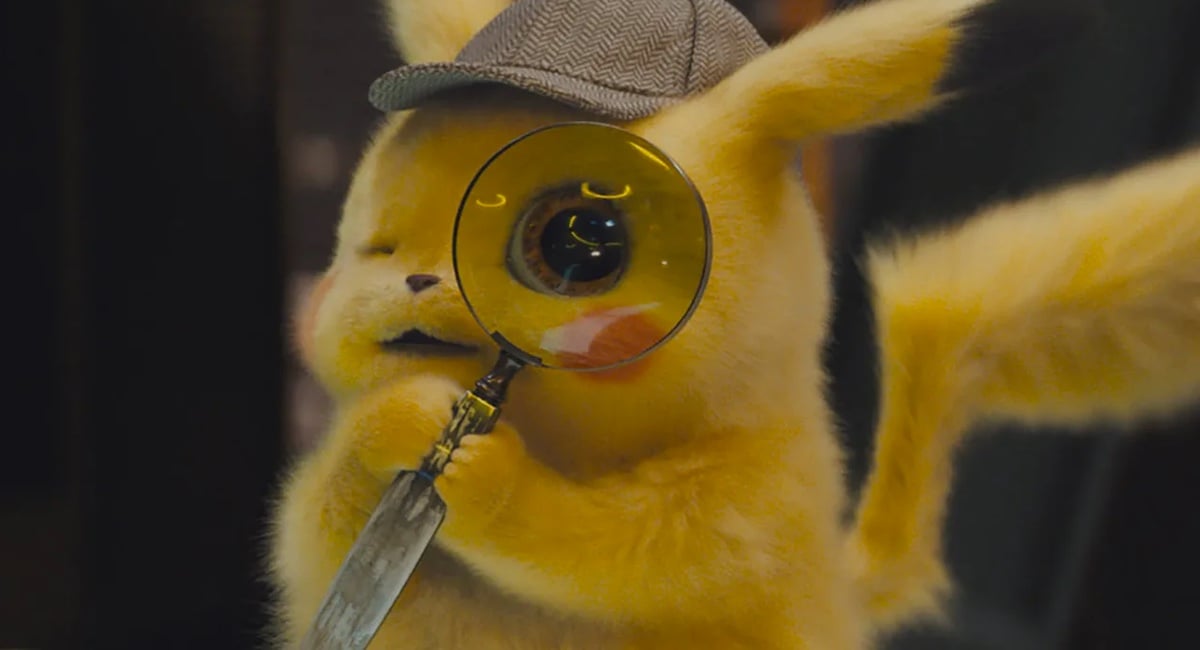 The first reviews for Detective Pikachu are in, and it seems as though the video game movie curse is broken. The early reviews call it charming and praise the humor, fun, and Pokémon designs. Honestly, given the marketing and trailers, this doesn’t surprise me, but it is nice to see that those of us who guessed the film would be enjoyable based on that first ridiculous trailer weren’t let down.

Sometimes, we just need fun movies. Detective Pikachu is exactly what the popcorn film doctor ordered. It’s about something millennials and Gen Z have a great nostalgia for, which is a recipe for not only potential box office success, but a lot of love from audiences. Besides, the premise is very Who Framed Roger Rabbit, another cult classic. The creative team knew what they were doing when they crafted this film.

It’s great to hear that the film avoids video game movie tropes and instead explores other genres, which might be the secret to saving the subgenre of video game films. It’s also great to hear that Justice Smith and Ryan Reynolds are a great pair, as they’re going to be the heart of the film. Check out the reviews below!

DETECTIVE PIKACHU is everything a Pokémon fan could ever want in a live-action film, it’s charming, funny, and heartfelt.

If you didn’t grow up with this brand, this movie does a great job introducing you to this world! #DetectivePikachu pic.twitter.com/9cZfms1gyY

#DetectivePikachu is a spellbinding film that captures the sense of wonder and awe so many of us who grew up with Pokémon, experienced from the start. It excels well beyond previous big screen video game efforts. I loved it. @DetPikachuMovie pic.twitter.com/2CuTqIqPVw

If Ryme City from #DetectivePikachu was a real place I’d make plans to visit it tomorrow. The movie is a lot of fun and filled with Easter eggs. Pokemon fans are going to love it but it is still welcoming to those that don’t the world. pic.twitter.com/cLZcNvzypP

The story is very sweet with some good twists and predictable beats. @VancityReynolds does a great job differentiating Det. Pikachu from Deadpool (of course). @standup4justice + @kathrynnewton are super charming. The tongue-in-cheek noir vibes they brought to it totally work.

The first act is Who Framed Roger Rabbit with Pokémon and works so well. Seeking other movie tropes instead of video game ones gives Detective Pikachu a sturdy foundation to do some silly Poké stuff.

My reactions to #DetectivePikachu: so cute! Fun for the whole family! Pokémon obsessives will be pleased, but Poke novices will be able to follow along—and will maybe even get sucked into the whole world. In summary: I want to cuddle Pikachu.

#DetectivePikachu is a pure joy from start to finish. It’s a heartfelt, relentlessly charming story filled with excellent worldbuilding. Plenty of deep cuts for #Pokémon fans. There must’ve been a grass-type in the theater because I got surprisingly misty-eyed in parts. pic.twitter.com/LMKp6TG1a1

#DetectivePikachu is a spellbinding film that captures the sense of wonder and awe so many of us who grew up with Pokémon, experienced from the start. It excels well beyond previous big screen video game efforts. I loved it. @DetPikachuMovie pic.twitter.com/2CuTqIqPVw

Not all reviews were as glowing, though, with one reaction implying it was a little more predictable and a little less fun for non-Pokémon fans.

The best parts of #DetectivePikachu are the Pokémon and world building. The plot around that is overly convoluted and frankly, a little boring. I tried to like it but didn’t. I hope fans feel differently.

Still, even with a less glowing review in the mix, the film sounds excellent. Who doesn’t want to see an adorable Pikachu solve crimes?

Catch us opening weekend to see Detective Pikachu on May 10. Will we see you there?