Firefly Recap Episode 8 "Out of Gas" | The Mary Sue

Late to the Party Recap: Firefly Episode 8 “Out of Gas”

Is "Out of Gas" just code for "We finally remembered to blow up the compression coil? 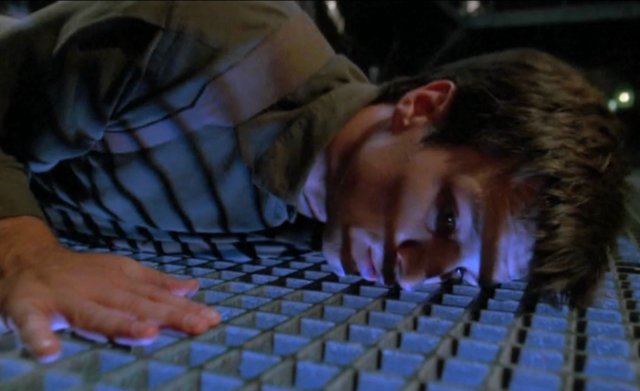 Last episode we saw the crew of the Serenity in a town that loves Jayne more than any town should, and as “Out of Gas” starts, it seems like things aren’t going well. Instead of explaining what’s wrong with Mal right now, the episode dives into a flashback of when Mal first buys Serenity and is showing it off to Zoe. She’s not impressed.

We see the current timeline again, and Mal’s still in bad shape. He’s trudging through the cargo hold with something that looks like a ship part. Is it a spare compression coil?

If you’ve been reading these recaps then you’ll remember that I am anxiously awaiting the payoff of Kaylee mentioning the ship’s compression coil a number of times, and how Mal needs to replace it. He won’t, because as I’ve established before Mal is bad at being a captain. Is this it? Has it finally blown? If so, what will I obsess about for the rest of the series? Simon’s vests?

In the less-distant past, the crew is sharing a meal and telling stories. Simon can’t tell a story well, because he’s the worst, but they all surprise him with a birthday cake. Happy fifth birthday, Simon. 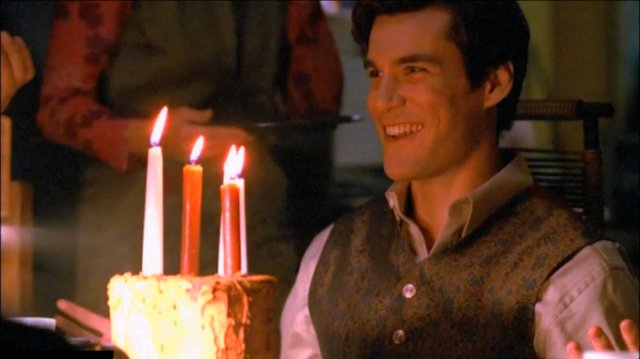 To digress from the recap a bit, when I asked what people love about Firefly, a number of people told me that they loved how it got details of space travel right that other shows and movies get wrong. The most cited example was that things in space don’t make noise, and in Firefly any exterior space stuff is silent. That’s all well and good, but you can’t have open flames on a spaceship.

Back to the recap: THINGS ARE HAPPENING!

A fire has broken out on the ship that’s somehow unrelated to the candles on the cake. What happens when a compression coil blows? Does is it explode? Is that what’s happening? Stop toying with me, episode!

Zoe was hurt in the blast. While everyone tends to her, Mal tells Kaylee to tend to the engine. She’s upset, but goes. Mal also tells Wash to go to the bridge to assess the situation. Wash is more concerned about Zoe, and Mal needs to do a bit more convincing to get him to go.

We get a quick flashback to a mustacheoed Wash checking out the newly purchased Serenity. Zoe tells Mal there’s something about it him she doesn’t like. It’s probably not the mustache though. That thing’s pretty sweet. 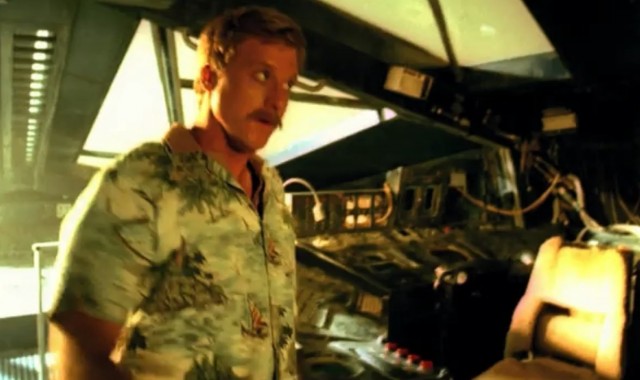 Kaylee reports back to Mal and tells him it was the catalyzer on the port COMPRESSION COIL. Finally! Stupid Mal! Kaylee told you to replace that thing back in the pilot! YOU NEVER LISTEN!

Things are bad. The explosion knocked out the life support systems, and the auxiliary life support systems. They’re dead in the water — just like Kaylee said they would be. Simon — still the worst — is upset that this is all happening on his birthday and boo hoo you big five-year-old baby.

Kaylee gets an origin story in the flashbacks. She’s… uhm… “involved” with the ship’s previous mechanic, and Mal offers her that guy’s job. In the almost-present timeline, Kaylee is blaming herself for not taking better care of the ship, and not realizing there was a problem sooner, even though she did realize it seven episodes ago.

Mal gives her a pretty weak, vaguely depressing pep talk to get her to fix the compression coil’s broken catalyzer, but she says it can’t be done. Though it does look like what he’s carrying as he’s stumbling through the ship.

Elsewhere on the ship, Mal explains the plan to the crew. He wants them to split up in the two groups in the shuttles and go off in either directions. It’s a suicide mission. They’re too far out to reach anyone or anything, but at least the life support on the shuttles still works.

We see Inara’s flashback as she first rents the shuttle from Mal. She lays out her requirements, and also explains how she’ll bring legitimacy to Serenity. I guess they’re going to do everybody.

Back in the almost-present, Inara is trying to talk Mal into coming with them. You know, Mal and Inara, if you two are going to get together… now might be the time. 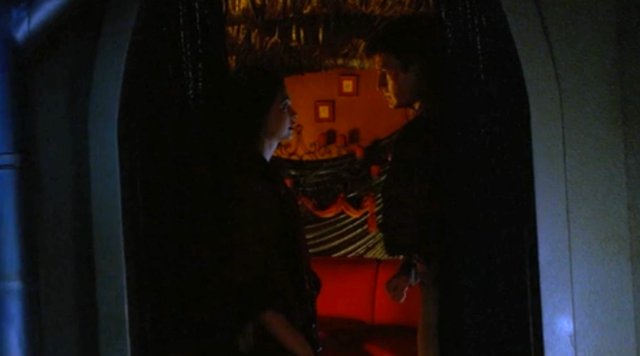 Wash has rigged the shuttles to a button on the deck of Serenity. If Mal pushes it, they’ll automatically return. I’m pretty sure he’s just going to collapse onto it as he loses consciousness towards the end of the episode.

As the shuttles take off, Mal heads to the bridge of Serenity, wraps himself up in a blankie, and seemingly resigns to his fate. He nods off, because really, what else is he going to do. but he almost sleeps through an answer to the distress beacon. He’s woken up when he sees another ship in the window.

The captain of the other ship doesn’t seem too keen to help. He’s worried about being ambushed, but tells Mal he has a part that could help him. They come to an uneasy agreement, and Mal lets them on board. They arrive, guns drawn to “verify” Mal’s story. Space cowboys seem like an untrusting bunch.

We also get around to Jayne’s back story with a flashback seeing him holding Mal and Zoe at gunpoint with his partner Marco, and some other guy with the best mustache I’ve seen on the show so far, and that includes Wash’s from before. 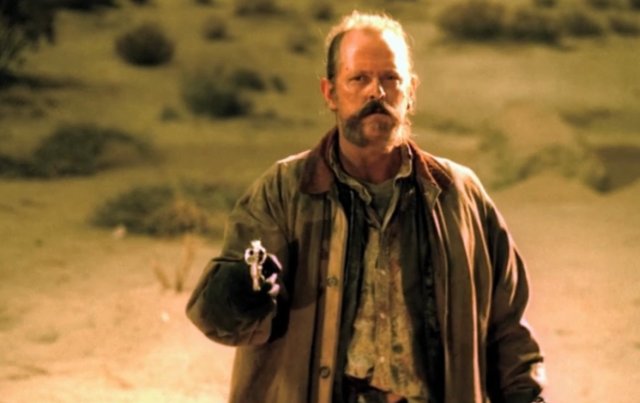 The bad guys turn on Mal and their leader shoots him in the gut. Mal, pulls a gun of his own, and tells them to leave the converter and and go. They leave, and we’re right back to where we started at the top of the episode.

Mal, cold, starving for air, and bloodied, gets the engine running and stumbles back to the bridge where he collapses not on, but in front of the big red button he needs to call everyone back.

He comes to with the crew surrounding him in the medical bay. They returned against his orders, button or no, and it saved his life so he doesn’t seem too upset about being disobeyed.

The final flashback is of a used spaceship salesman showing Mal a different ship, and we get to see Mal first see Serenity off in the distance. 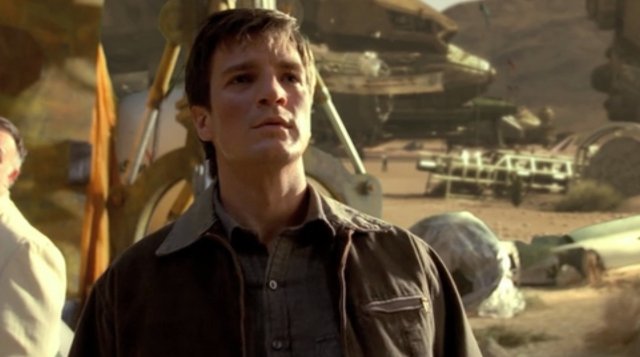