The Cast of Firefly is Game For a Second Season

You can't take the sky from us Browncoats. 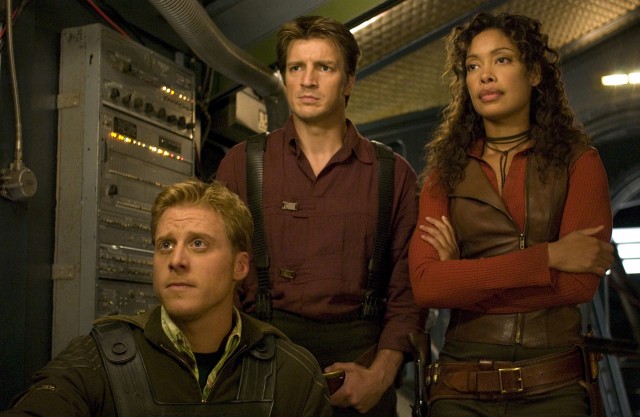 It’s been over ten years since Firefly first aired—but apparently the cast is down to return to those infamous roles, if only to keep the reboot-hungry wolves in Hollywood at bay.

According to Staite, however, her experience working on the show taught her the difference between what the network often gauged as success versus what the fans were truly passionate about. “I learned that if the network tells you that no one is watching the show, sometimes they are wrong,” she said.

There was also a general consensus of agreement among the present cast members about returning for a second season if the option presented itself—but they did have some stipulations:

“And nobody wants that,” Torres added to thunderous applause.

Bringing the show back isn’t entirely out of the question given the level of enthusiasm, and Saturday’s panel was a huge reminder of that. It seems like the cast is certainly more positive about resurrecting the opportunity for Serenity to fly again. For the fans, though: would there have to be a right set of circumstances for Firefly to return for season two?