It's one or the other, really. 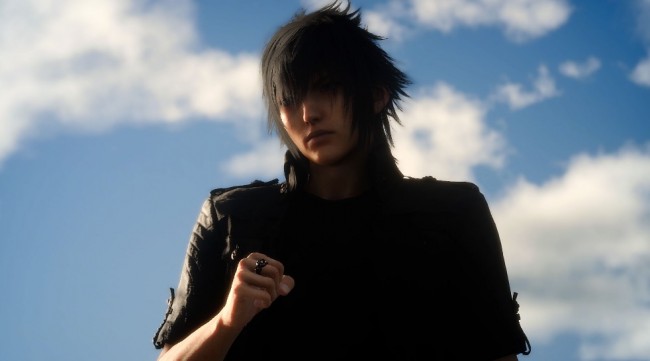 Game development is hard—almost as hard as keeping fans happy. In the case of Final Fantasy XV, the game has been delayed to make sure it’s fully polished and doesn’t require a patch on its launch day to make it suitably playable, which you may remember from a bygone era as “how game development works.” You can’t please everyone, though, and after a weekend of fan frustration, the delay isn’t necessarily welcome news.

It all started when Gamnesia posted Friday night that the game would see a two-month delay from September 30 to November 29, and the Internet essentially burned itself to the ground in response—its standard mode of operation—complete with the requisite insults against the writer who publicized the information. Fast forward to today, and Gamnesia has been vindicated with an official announcement of that exact same delay. Game director Hajime Tabata delivered a video message (you can watch the whole thing yourself with subtitles) to fans about the reason for the delay, saying:

“Our objective with Final Fantasy XV was to deliver a Final Fantasy of the highest possible quality, to every single person who buys the game. We have completed the master version, but when it comes to that highest possible quality, we felt that we had not quite reached this standard yet.” Tabata further explained that the team had been working on a patch that would bring the game up to that standard on release, but that they chose to delay the game and make sure the retail version represented their best efforts instead.

He mentioned that even the patch—substantial though it would have been—would’ve fallen a little short of his team’s vision, and they’d rather push back release and make sure everyone gets to experience their masterpiece right from launch, without letting the less-than-perfect version out into the world at all. The release of broken games with day-one or later patches has become a source of derision in the gaming community in recent years, but delays can be pretty frustrating themselves. It sounds like the right decision was made in this case, though, and hopefully the game that fans finally get their hands on in November “sends other games running in panic” as Tabata envisions.

(via Eurogamer, image via Square Enix)