Just Final Fantasy VI in a Spreadsheet, No Big Deal

One of the very best installments in the Final Fantasy franchise, often overlooked because it was the one before the series took a turn for the 3D and meteorological-named main characters with Final Fantasy VII, Final Fantasy VI has some of gaming’s best characters. From the totally bonkers Kefka, to the similarly bonkers octopus Ultros, to Celes, an ancillary character until halfway through the game when she basically becomes the main character as well as the fan favorite, Final Fantasy VI was similar to Lost, in that the game supported a huge cast of memorable characters, most of which weren’t overlooked and received their due development. Above, some of those memorable characters are represented with a bit of spreadsheet cell art. Terra, Kefka, Edgar, Ultros, Mog, the franchises’s instantly-recognizable Chocobo, and Celes, from her iconic opera scene. 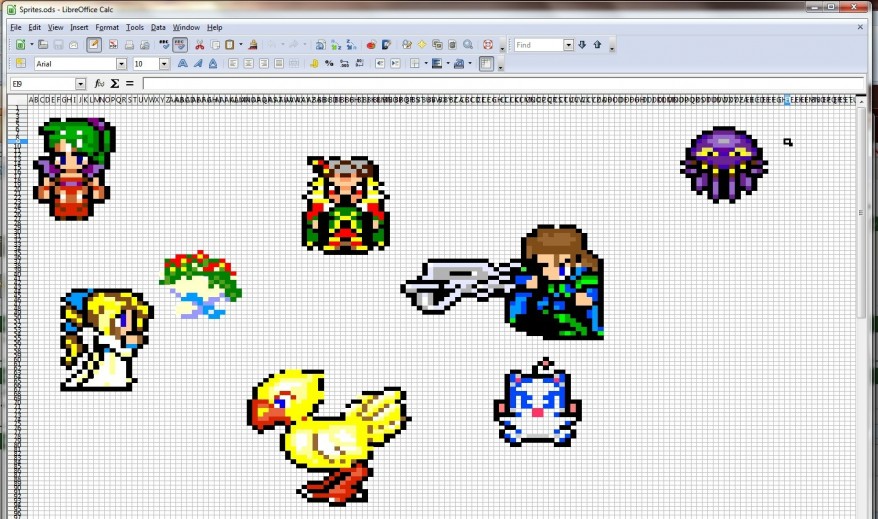