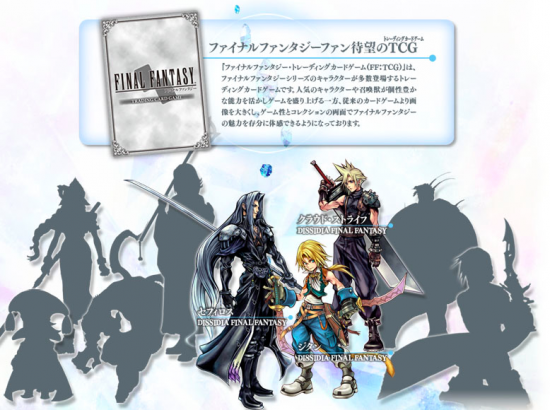 Back in the day of the height of the Final Fantasy series, each game generally had some sort of fun mini-game, two of which, Triple Triad in Final Fantasy VIII and Tetra Master in Final Fantasy IX, were addictive collectible card games. By way of an announcement over on 4Gamer.net, Square Enix let the world know that a real life Final Fantasy trading card game is being developed, and will be released in Japan on February 25 of next year, published by Hobby Japan.

Hopefully, more details will release sometime soon, as well as a plan for a stateside release.