Did Donald Trump Really Think Coming After Chrissy Teigen Would Go Well for Him? 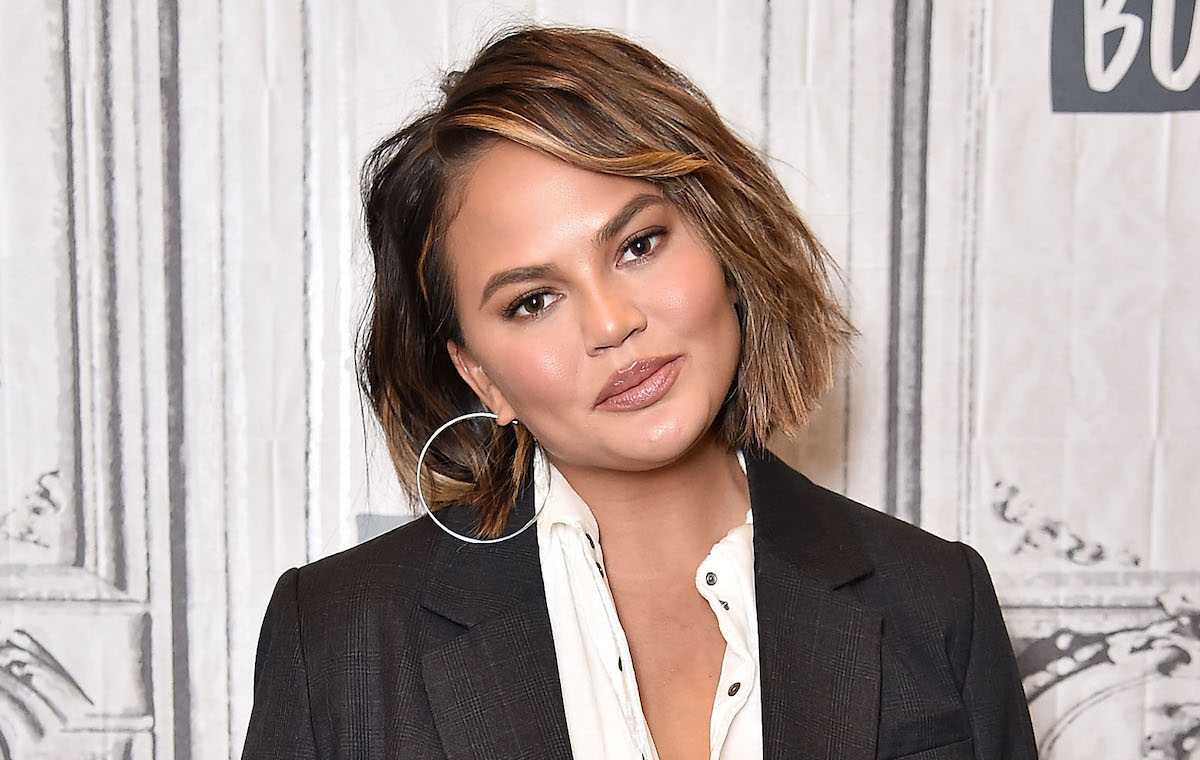 This weekend, Dateline aired an hour-long special in which Lester Holt did a deep dive into the American prison system. He spent two nights sleeping in a cell–”not to play prisoner,” he said, “but to better understand the purpose and experience of prison.” He talked to prisoners, guards, advocates, and more people who see the inner workings of mass incarceration firsthand.

Holt also briefly spoke to musician John Legend, who launched a criminal justice reform campaign called Free America back in 2014. They talked about the issues at hand and about how people can help, not just with this specific campaign but by becoming informed voters on the local and state level.

What can you do to help reform America’s criminal justice system? @johnlegend shares his tips.

Much more Sunday on our #JusticeForAll town hall — watch at 10 p.m. ET on @MSNBC. pic.twitter.com/qCouN9gLj8

Apparently, Donald Trump also tuned in to watch that segment and his big takeaway was to throw a tantrum that Holt and Legend didn’t mention him. Because Holt and Legend and Chrissy Teigen (who was not even on the show!) didn’t thank Trump for all he says he’s done for criminal justice reform, he was livid and lashed out on Twitter.

….A man named @VanJones68, and many others, were profusely grateful (at that time!). I SIGNED IT INTO LAW, no one else did, & Republicans deserve much credit. But now that it is passed, people that had virtually nothing to do with it are taking the praise. Guys like boring…..

….musician @johnlegend, and his filthy mouthed wife, are talking now about how great it is – but I didn’t see them around when we needed help getting it passed. “Anchor”@LesterHoltNBC doesn’t even bring up the subject of President Trump or the Republicans when talking about….

…..the importance or passage of Criminal Justice Reform. They only talk about the minor players, or people that had nothing to do with it…And the people that so desperately sought my help when everyone else had failed, all they talk about now is Impeaching President Trump!

There’s a lot to break down here, but let’s start with the fact that, again, Chrissy Teigen wasn’t even a part of this discussion! Moreover, he doesn’t name her, while he tags everyone else. Teigen is very proud of the fact that she was blocked by Trump–she says she was blocked after tweeting “Lolllllll no one likes you” back in 2017, although it’s not clear if he unblocked her after a judge ruled that he had to–so did he not tag her because he has her blocked, or maybe because he knew that coming after Chrissy Teigen on Twitter does not tend to end well for people?

Either way, referring to her as Legend’s “filthy mouthed wife” is too depressingly on-brand for Trump.

Your country needs you, Melania

He’s obviously joking but that still seems a bit naive. In what world could any amount of praise ever satisfy Trump’s ego? Also, as complicit as Melania is in Trump’s atrocities, we can’t place the burden of changing a man’s behavior on his wife–even if that wife does pretend to have dedicated her life to ending cyberbullying.

I do, however, 100% agree with Teigen’s assessment.

lol what a pussy ass bitch. tagged everyone but me. an honor, mister president.

I really and truly hope Teigen titles her next best-selling cookbook Filthy Mouthed Wife. I would buy that so fast. And others clearly feel the same.

no guys no please do not make this trend, for it is my fight with #PresidentPussyAssBitch, not yours!!!!!! https://t.co/hSJ0UxjbaO

Friends, I’m excited to announce the name of my new all-woman punk band…#FilthyMouthedWife

Are the #filthymouthedwife t-shirts available for purchase yet??

I can’t even fathom NOT having a filthy-mouthed wife.

So while a hurricane was pummelling the east coast, Donald Trump was tweeting about a woman not giving him enough praise during a television segment she didn’t appear on. Neat.

Luna, remember the night before your first day of school? When mommy was making your sign and the pussy ass bitch president had his 9th meltdown of the day pic.twitter.com/ZFZHJYrDPG

I think we can all agree that it’s weird to criticize Teigen here, but what of his other complaints? Should Holt and Legend have given more credit to Trump during a TV segment that has nothing to do with him? Short answer: No, of course not!

A quick fact-check: Trump is constantly saying he’s done more for criminal justice reform than any other president (especially Obama–he loves to mention Obama here). He’s so proud of this fact that he makes reference to it pretty much anytime he’s talking about Black people and communities. Seriously, any time. Earlier this summer, he tweeted that NBA players should respect him more because of criminal justice reform and black unemployment rates. (That was also somehow supposed to be an argument as to why (white) soccer player Megan Rapinoe should be more respectful, just so we get the full context of how little sense any of this makes.)

What Trump means when he makes these boasts is that he signed the First Step Act into law earlier this year. It’s true that that was, in fact,
the most significant piece of criminal justice reform legislation in a long time. (Here’s a good explainer.) It was meaningful, but it was also only one step towards larger reform, something Trump definitely doesn’t appear to understand, based on him saying and tweeting things like “Criminal Justice Reform is now law,” which just doesn’t make any factual sense.

However, much of what Holt and also Legend were exploring is the issue of compassion, even for violent offenders. And that’s not something Trump understands or cares about. He’s never recanted his condemnation of the Central Park Five, even long after their exoneration. As president, he suggested police officers could be more “rough” with the people they arrest, saying “When you see these thugs thrown into the back of a paddy wagon. You see them thrown in, rough. I said, ‘Please don’t be too nice.’”

Trump wants credit for basically curing criminal justice reform, a thing that didn’t happen and isn’t really possible–not in the way he’s thinking about it. I think he takes it as a personal insult that anyone–let alone two Black men–are talking about this issue that he thinks he fixed, without crowning him the King of Criminal Justice.

That, and he’s clearly still mad that Chrissy Teigen accurately pointed out the fact that no one likes him.