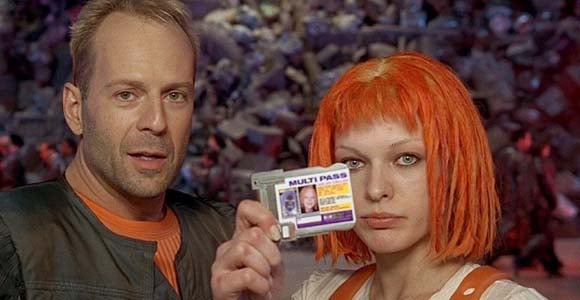 There’s currently a fashion exhibit at The Brooklyn Museum featuring Jean Paul Gaultier’s work. I’ve actually been meaning to go since I’m a big fan of his designs used in my all-time favorite film, The Fifth Element. But before I got a chance, io9.com stopped by and uncovered something I’m still having trouble believing.

Instead of starring the amazing team that was Milla Jovovich, Bruce Willis, and Chris Tucker, The Fifth Element would have starred Julia Roberts, Mel Gibson, and Prince. Yes, Prince. Here is a sketch from Gaultier to prove it. 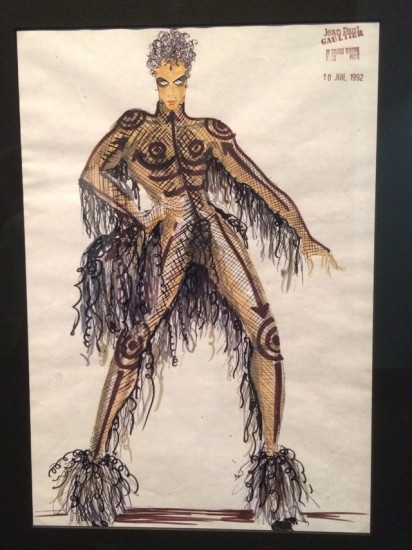 There was one initial hitch to the plan – Prince didn’t like the designs. Gaultier writes:

Filming was originally planned for 1992, with Julia Roberts, Mel Gibson and Prince in the leading roles but due to a lack of financing the project was put on hold. At that time, the role of Ruby Rhod, the outrageous media personality finally played by Chris Tucker, had been given to Prince.

When the singer was giving a series of concerts in Paris, Luc Besson wanted us both to meet with him to show him my sketches. Prince had already attended my runway shows, but he came and went very quickly every time, so we had never been formally introduced. While I was waiting for Luc in his office, I saw this huge bodyguard appear, with Prince trailing behind him. As Luc hasn’t yet arrived, I thought he must have wanted me to meet with Prince alone, so we could get to know each other a little bit.

But Gaultier’s description of his ideas, as well as his rough English, did not make Prince a believer in the cause.

Still not saying anything, Prince gave me this Charlie Chaplin kind of look. I could see that something had just happened, but I didn’t know what, only that he had indicated to his body guard that he wanted to leave right then and there. I thought he was going to go and see Luc. Later, Luc told me that Prince had been very surprised and amused — by my presentation, but that he found the costumes a bit too effeminate. And, most importantly, he had thought he head [sic] “Fuck you, fuck you!” when I was saying in my terrible English accent “faux cul, faux cul” [fake ass]!

Considering the wild fashions Prince has been known to sport, I was surprised to hear all this, but I could not be more glad the project was put on hold and the cast we know and love was put in place instead.