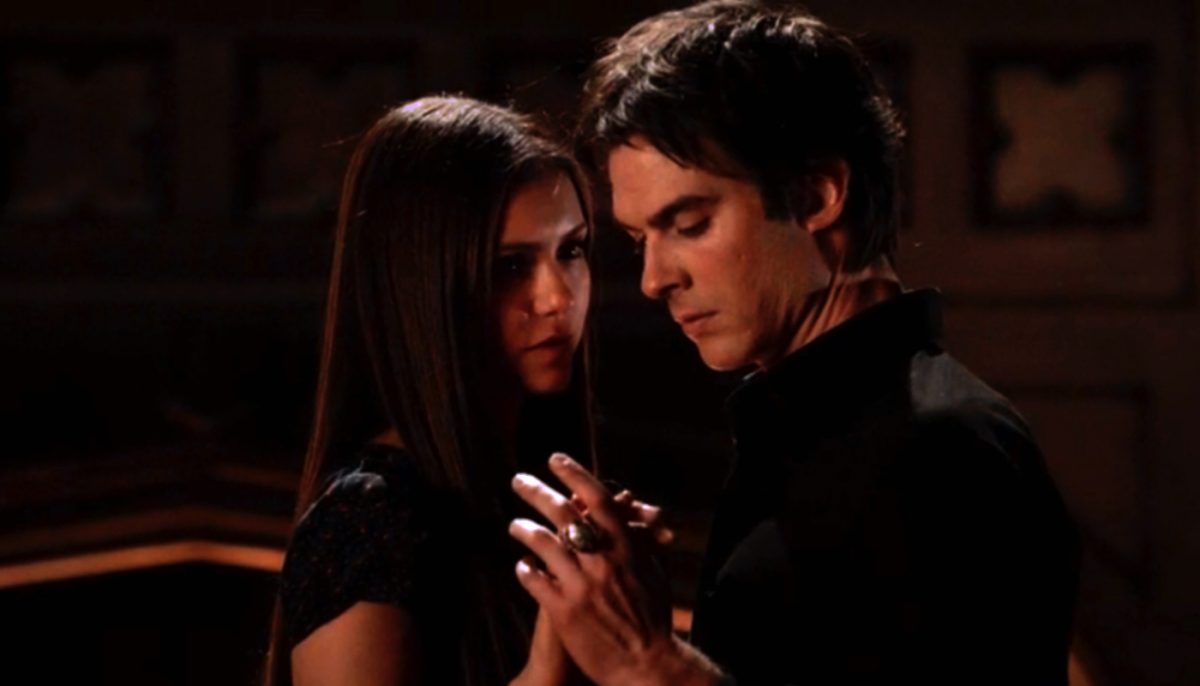 Starting from middle school and well into my late teens, you could find me in bed, mouth full of braces, face full of acne, starry eyes mooning at the TV as I watched my favorite love stories unfold: Damon and Elena, Bella and Edward, and the one true pairing, Chuck and Blair.

As I watched these couples going through their dramatic highs and lows, I was enraptured by the passion and intensity of these love stories—how they winged from cold and aloof to a hair-tearing-out madness in a matter of commercial breaks. Intense, almost violent fits of rage matched with tender moments of forgiveness made my preteen never-been-kissed heart swoon. Who wouldn’t want grand romantic gestures, or a declaration of love from a handsome, charming, hard-to-get-harder-to-keep man? My thirteen-year-old self said “sign me the heck up!

As I waited for new episodes, I turned to fanfiction to satisfy my own fantasies of my OTP, writing many self-insert fics where I played the love interest to my fictional crushes, as I waited for my own real-life love story to begin. Their personality types were the ones I sought when I eventually started dating.

Now in my twenties, with a few relationships under my belt, I decided to indulge in nostalgia and revisit the fictional loves of my youth. Going through episodes of melodrama and pages of amateur fanfiction, I felt more nausea than nostalgia.

Why did I think it was “sweet” when Edward controlled legit every aspect of Bella’s life? I have zero understanding why Elena put up with any of Damon’s unforgivable behavior, and don’t get me started on Chuck Bass. The charming antihero of my youth appears now as narcissistic child psychopath. Why did I watch these? Why did I write out fantasies of these toxic couplings?

Why did I put up with this in my own life?

Why did I spend six months trying to save a relationship with an alcoholic who verbally and emotional berated me every single weekend? Why did I let some man correct everything I did, from the way I talked to how I ate? And was grateful for the advice?

That’s when I realized that I had the relationships I saw on Vampire Diaries and Gossip Girl.

And they were awful.

My “dream” relationships, which were magical onscreen, were toxic in the harsh light of reality.

I am not the only one who has experienced this; we’ve all indulged in guilty pleasure TV, books, and movies in our youth and even today. A part of the fun of watching and reading the aforementioned series (all three are based on popular book series) is not only watching pretty people, but shipping pretty people with other pretty people. Team Edward or Team Jacob, Damon or Stephan … there was even some heated debate over whether Blair should choose Chuck or Dan as “end game.” 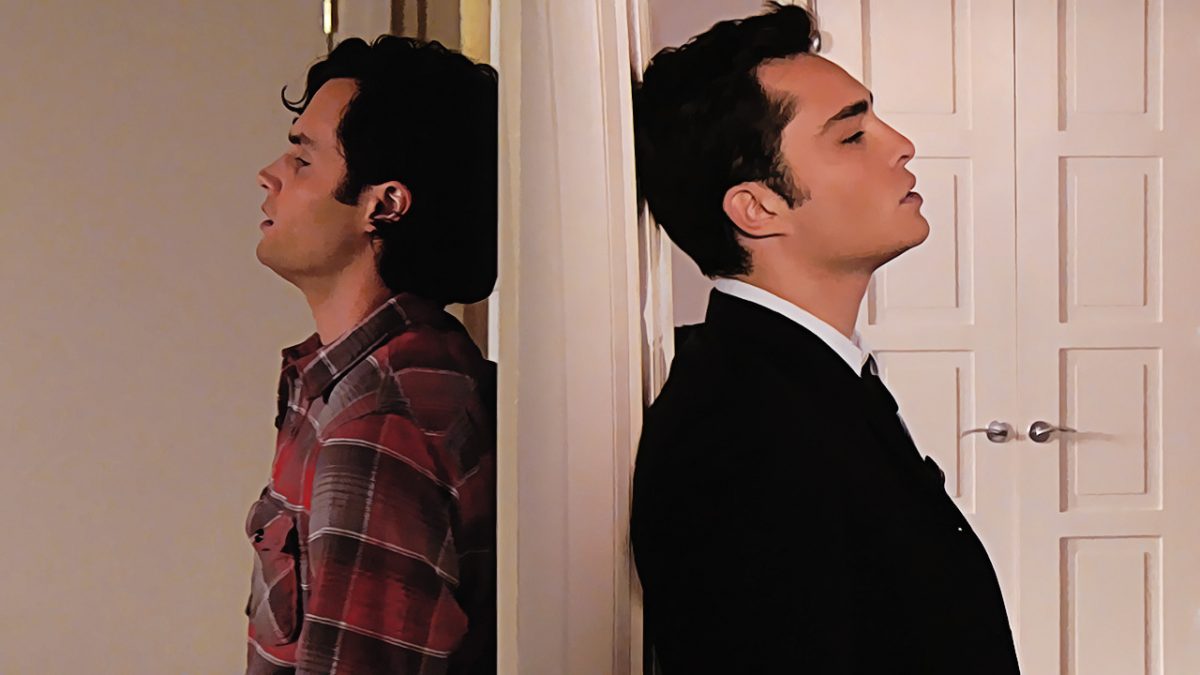 The major plot of all these shows is the romance, much of the drama coming from relationships and dating: breakups, makeups, cheating, longing, passion, and switching partners faster than musical chairs. It’s what keeps us coming back.

While this is all entertaining, the abusive relationships of these couples are utterly appalling when examined with objective eyes. Chuck constantly played mind games with Blair, mostly for fun. He was constantly jealous and actively, almost gleefully, ruined all of her other romantic relationships. Let’s not forget the time he tried to sell a night with Blair to his uncle to get a hotel. Free dating tip: if your partner tries to sell you for ANY reason, don’t get back together with them, and certainly don’t marry them in Central Park. I don’t care how pretty your dress is.

Damon called himself a “reformed serial killer” (red flag) when he started dating Elena (who he kinda stalked), and continued to lie to her, kept secrets for her, and still murdered people, all behind Elena’s back. He raped Caroline, Elena’s best friend, and used her as a plaything for the whole first season. But, Damon and Elena are still endgame. And I’m sure you’ve glanced over every think piece or Tumblr blog about Edward and Bella by now, but safe to say jealously, throwing tables, and threatening to commit suicide does not a healthy relationship make. Yeah, by the end of the series they’re married with a vampire baby.

So why do these girls keep going back to these terrible guys? Big grand romantic gestures of course! Declarations of never-ending love for them and only them. How can you stay mad at someone who voted about 150 times and removed all other ballots so you would be prom queen?  If love isn’t killing a murderous vampire for you at a ballet studio, than what is? Basically, these relationships go like this:

This relationship outline seems to be a winning formula for pop culture, because all these ships are popular. Chuck and Blair have won BuzzSugar’s Poll for Best TV Romance two years straight, and many other best couple awards. Bella and Edward have been compared to such great love stories as Romeo and Juliet (not a compliment). It’s strange to see a toxic and abusive relationship play out so often in the media, but to have it almost universally beloved and adored is jarring.

While complex and overly complicated relationship makes for interesting TV and movies, the problem lies in its audience. Adults can see that these relationships are completely unrealistic and nothing to idolize, but adults aren’t the target audience, teenagers are. Twilight and The Vampire Diaries are both young adult book series, and their respected adaptions are made for teenagers. Gossip Girl was the top-rated show among teens 12-17 years old. 12 to 17 is the age where kids are getting into their first “real” relationships, and are looking for examples of not only how to act in a relationship, but  how to get treated.

According to the Center for Disease Control (CDC),  “teen receive messages about how to behave in relationships from peers, adults, the media,”. The CDC goes on to say many teens stay in abusive relationships because they view it as “normal,” and the behavior as “acceptable,” because it’s what they know. When a toxic relationship on TV is popular and romanticized, it’s no longer viewed as a toxic relationship but as a #relationshipgoal. 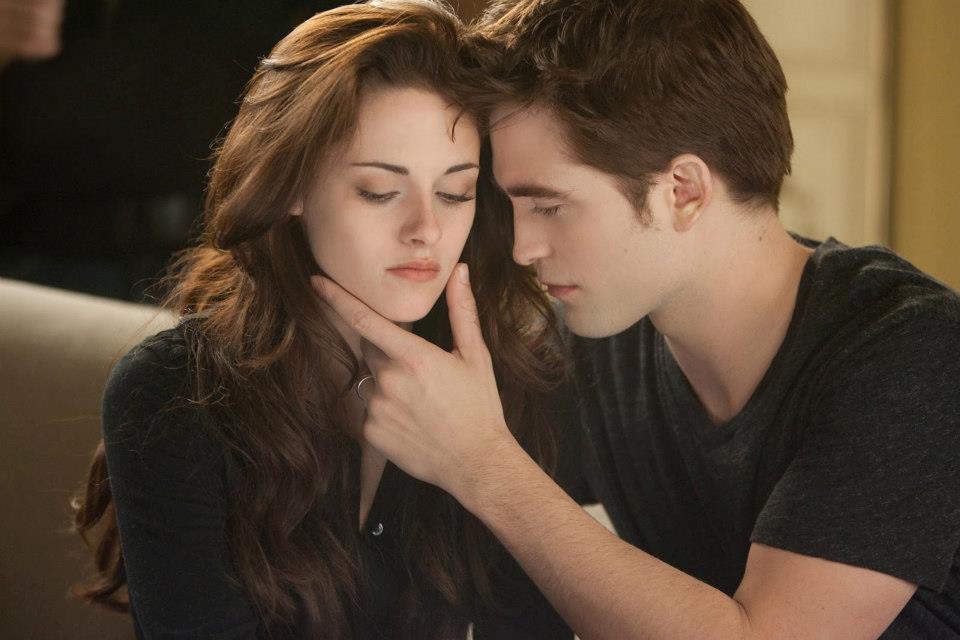 When I first started dating, after living off a steady diet of pop culture relationships, I looked for those that fit the criteria of my “fantasy” partners. Sure, there were no vampires or boy billionaires to be found, but I settled for the next best thing: writers, artists, musicians—usually a mix of all three. Emotionally distant, narcissistic, manipulative children who only wanted what I could give them: ranging from the obvious (sex) to just a good old fashioned ego pumping.

Did I think I could change them? No, not really, but I foolishly believed my love would make them better people. It worked in everything I’d ever read and watched. I thought their unpredictable reactions, the emotional rollercoasters they dragged me on, and their possessive attitudes were just little ways of saying, “I love you”—like getting me near blackout drunk on Valentine’s Day to read my text messages, and then accuse me of cheating. That’s passion, right? Not listening to anything I said because it interfered with what they wanted. That’s protectiveness right? Everyone wants a Chuck Bass until they actually get him.

I am not completely blameless in all of this. Not only did media help me pick out terrible partners, but it made me a terrible partner as well. While I was looking for my love interest, I mimicked the behaviors of the girlfriends in each relationship. I thought if behaving like them led to their happy ending, it must be right. Instead, it made me very toxic.

Like one of my favorite characters of all time—Blair Waldorf, who could match Chuck blow for blow—I also was extremely dramatic at times. I picked fights that I had to win. I held onto grudges like life preservers. Passive-Aggressive could be my middle name. If Blair could scheme and throw fits and create chaos season after season and be happy, it should work for me. I assumed it was normal. Instead, I became another harmful person—a thing I’m actively working on. Drama is not the secret ingredient in a relationship, respect is.

Seeing healthy relationships on TV is a rare thing, mainly because they are accused of being “boring,” but they are one of the things young adults need to see the most. Young people need to understand that the media has lied to them. Healthy relationships are not boring; they’re good. Love is not shown through possession, jealousy, and over-the-top romantic gestures, but in the everyday kindness, trust, and unwavering support that both of you work on. Love that nurtures you, not sucks you dry.

That’s the love that isn’t fictional.