You'll have all your co-workers saying, "That toy are sick!" 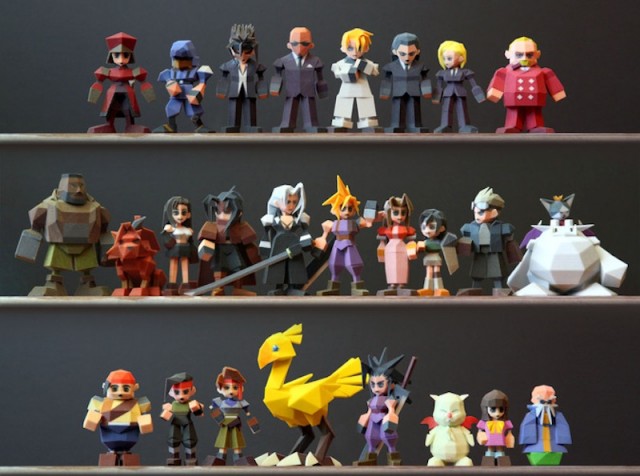 While Final Fantasy VII certainly stands up to the test of time, its graphics are very much rooted in the blocky 32-bit style that was so typical of mid ’90s PS1 games. You know what else that graphics style is really great for, though? 3D printing, as animator Joaquin Baldwin found out. Now you can buy your very own models!

The 27-figure series features all the playable characters, Rufus and the Turks (plus a couple of other Shinra baddies), a pretty badass Chocobo and awesome moogle, Zack, Sephiroth, the AVALANCHE team, and even a couple of minor NPCs like Marlene and Bugenhagen. Each one is printed on full color sandstone using the 3D models from the game, and will run you about $15 to $30 per figure on average at Shapeways, but who cares about the price — your cubicle is pretty much already incomplete without one of these sitting on it. The Barrett one in particular caught my eye, though I’m guessing it doesn’t come with a bonus Golden Shiny Wire of Hope.

Not pictured in the above image: The $58 Odin summon, which is awesome as all get out: 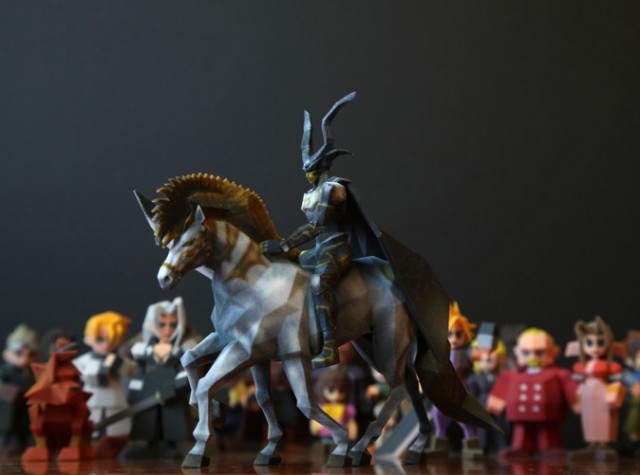 Aw man, call me when they have a Knights of the Round collection. It would probably take all the sandstone in the world to print, but it would be worth it.

(Kotaku via Albotas, images via Shapeways)