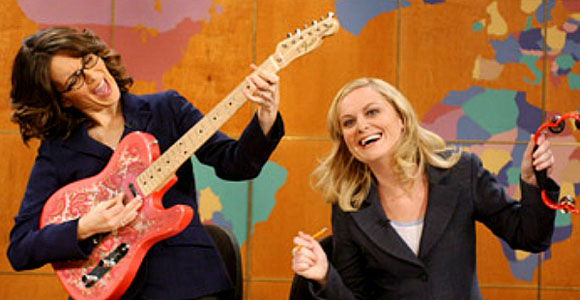 The ex-SNL tag team of Tina Fey and Amy Poehler will take over hosting duties at the 70th annual Golden Globe Awards next year from Ricky Gervais. The British comedian had a three year run that wasn’t without controversy. Hopefully these fabulous ladies will breathe some fresh air into the gig.

The Hollywood Foreign Press Association, the organization of journalists behind the Globes, made the announcement. “The unparalleled comedic timing of Tina and Amy will surely have viewers wanting to tune-in to see them in action,” said HFPA president Dr. Aida Takla-O’Reilly. “The HFPA is thrilled to have the magnetic duo be a part of the show’s 70th anniversary!”

Fey has won two Golden Globes for her role as Liz Lemon on 30 Rock while Poehler was nominated for her Parks and Recreation role, Leslie Knope. The show will be held January 13th in Beverly Hills. Besides their SNL stints, the two co-starred in Baby Mama.

Are you as excited for this news as we are?