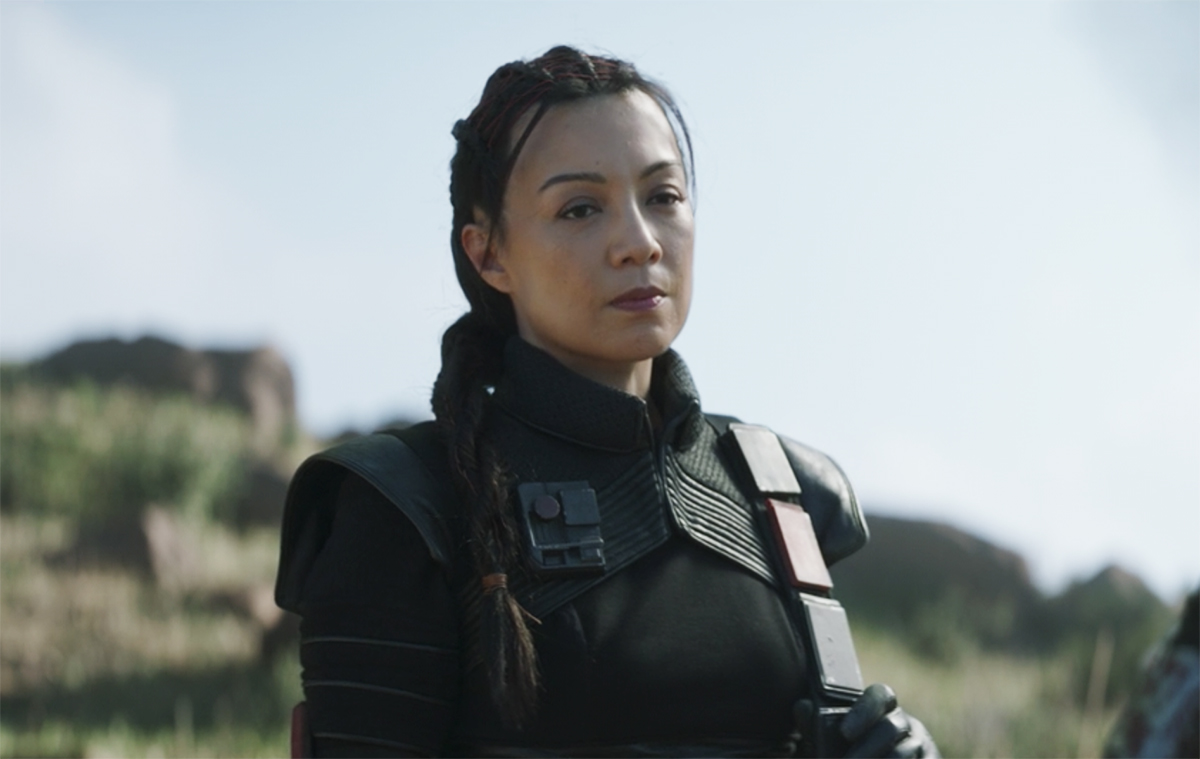 Fennec Shand is a character we thought we got a brief glimpse of, and that was that. In the first season of Disney+’s The Mandalorian, Ming-Na Wen brought Fennec to life in the episode “The Gunslinger” but was quickly taken from us when Toro Calican left her for dead. But all our theories about Boba Fett still being alive and him coming to save Fennec were … somehow correct.

This season, we’ve learned that Boba Fett found Fennec in the desert of Tatooine and helped save her, and while all that is fun and cool, all I want is a show where Fennec, Boba, and Din are just walking around and being badass together.

But let’s talk about Fennec. One of the reasons I love her is because Ming-Na Wen (a Pittsburgh legend, I will add) clearly loves being a part of this world. Her bio on Twitter literally labels herself as a “geeky girl,” and it shows in her dedication to the roles she plays and shines through with how badass Fennec comes across onscreen.

Truly. This is unreal.

I am as much of a fan of @themandalorian as I am a part of it! Thank you, @Jon_Favreau, @dave_filoni for #fennecshand🦊. Love you guys!🧡@disneyplus @starwars https://t.co/iIldAh2i0m

Fennec Shand can hold her own alongside Boba Fett. That should put her badassery into perspective for you, but she was such a renowned assassin before even meeting Din Djarin that he almost refused to help Toro Calican find her because of Fennec’s reputation. And in season 2, we’ve watched her as the marksmen she is and seen, in action, how she’s willing to dedicate herself and her skill to whatever Din Djarin and Boba Fett need.

I truly do think that a huge part of what makes Fennec so cool is Ming-Na Wen. Since I was a kid, I’ve watched Ming-Na Wen take on some of the strongest women out there and bring them to life, and she never disappoints. Fennec Shand is just another addition to her long list of incredible characters, and we might get more Fennec even after season 2 of The Mandalorian.

The Bad Batch trailer seems to include Fennec, but sadly, there’s no news on whether Ming-Na Wen will voice the character. But either way, we’re getting some incredible Fennec moments in this season of The Mandalorian that shouldn’t go unnoticed.

She had fight right alongside Din and Boba, she’s willing to sacrifice everything to get Grogu back, and she clearly has done something to piss off the Empire because, in the last episode, she was on their registrar and couldn’t go into the base.

I want to know more about her, and I hope she keeps coming back to The Mandalorian because now that I got a taste of how incredible Fennec Shand is, I just want to know her entire life story and more.