Feminism Around the World: Nepali Teen Girl Found Dead Because Menstruation Is Thought “Unclean” Where She Lives 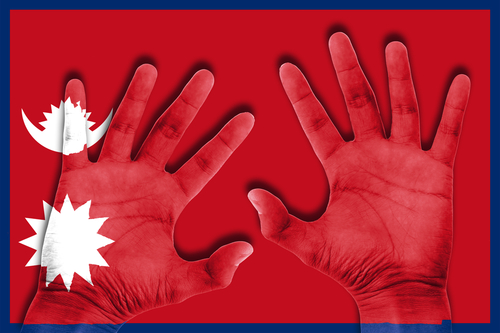 Feminism Around the World: 15-Year-Old Nepali Girl Found Dead After Being Banished to a Hut For Having Her Period

My head & heart ache over this:15yo #Nepali girl died over weekend after she was banished to hut for menstruating https://t.co/SZpc2hO4nE

15-year-old Roshani Tiruwa’s life was cut short over the weekend simply for being a female with her period. She, like many other girls and women in Nepal follow the Hindu custom of Chaupadi, which forbids menstruating women and girls from participating in normal family activities for the duration of their periods. When an adolescent girl gets her first period, she is banished to a cattle shed or a makeshift hut for 10-11 days. After that, menstruating women and girls are banished to the hut for anywhere from four to seven days depending on their cycles.

So, what caused Roshani to die? According to The Washington Post, “Police told local reporters that the ninth-grade student most likely suffocated after lighting a fire in the hut to keep warm.” This is because in addition to being banished to huts for the duration of their periods, women and girls cannot use warm blankets (they might contaminate them!) and are allowed only a small rug; most commonly made of burlap.

Oh yeah, and they’re not allowed to touch men (because they might make men sick), enter the courtyards of their own homes, go to school, or take a bath. Basically, anything that would require them to leave their sheds or huts. In addition to all that, they’re not allowed to have milk, yogurt, butter, meat, and other nutritious foods, for fear that they’ll forever contaminate those goods. Instead, menstruating women and girls in much of Nepal must subsist on dry foods, salt, and rice. And no one can touch them, even if they’re also sick, because they are considered “unclean.” Sounds like an ideal way to spend one’s period. /sarcasm

What’s frustrating is that Nepal actually made the practice of Chaupadi illegal back in 2005. However, since this is a Hindu tradition that goes back centuries, the practice has been slow to change, despite it being illegal, according to a 2011 UN bulletin, and far too many deaths.

Earlier this year, in an interview with The Guardian, 16-year-old Nepali girl Sofalta Rokaya talked about what the practice was like for her, saying that she was afraid to tell her parents when she started menstruating, because “[It] would mean staying in the cowshed, and I didn’t know if I could do it.” In reference to the cow shed where she must live once a month, she says, “I feel horrible here – the cow dung smells and the animals step on us. The dirt and hay get stuck all over my body. I wish that I didn’t have a period.”

Things like this are always tricky, as 1) it’s one thing to make something illegal, it’s another thing to get a majority of people to believe something is morally right or wrong, and 2) when something is culturally ingrained, people often allow things like this to happen to feel connected to that culture, their religion, or to their families.

And yet, we know for a fact that women with their periods can’t make people sick or kill trees just by touching them, or infect food supplies. That’s the great thing about science. We also know that the women engaging in this practice aren’t doing so entirely by choice, though there are women in Roshani’s village who, according to the Washington Post, say things like, “We don’t want to live like this but our gods won’t tolerate it any other way.”

Yet as feminist activist and author Mona Eltahawy points out in a series of tweets, the point here isn’t to look at this “backwards place” and talk about how horrible they are. The point is to recognize that patriarchy is everywhere, it just manifests itself differently in different places. After all, Hinduism isn’t the only religion that sees menstruation as unclean, nor is Nepal the only place that gives women on their periods a hard time:

So many countries have “tampon taxes.” Girls & women in many places in the “West” can’t afford sanitary napkins/tampons. How is that fair?

I don’t post stories like this awful tragedy so that u can say “Yuck! They’re so backward.” I want u to connect this to ur local patriarchy

As I state in my book: no place is free of patriarchy or misogyny. We all live along a spectrum of misogyny – it’s a matter of degree.

Here’s hoping that, as more awareness is raised, and as we continue to fight for more education for women and girls worldwide, practices like this will end, and women and girls will stop being punished simply for existing as what they are.

FRANCE: “The fear of Marine Le Pen – will the next political earthquake happen in France?” (The Guardian, 12/14/16)