Feminism Around the World: Korean Voiceover Actress Fired For Wearing a Feminist Shirt 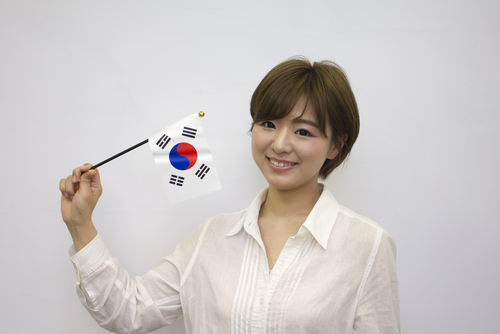 Welcome to Feminism Around the World, a new weekly feature here at TMS where we’ll focus on women’s lives and feminist concerns…around the world. TMS is a US-based website, but we think it’s important to connect with women all over the globe to applaud successes, report injustices, and amplify the conversation around solutions to gender-based inequality. We’ve written about women in other countries before, but we’d now like to make it a more consistent priority. Because “Until we are all free, we are none of us free.” – Teresa

Korea: Voiceover Actress Fired For Posting a Photo of Herself in a Feminist Shirt

“I don’t need a hero. I need a friend.”
Star vs. the Forces of Evil EP08 pic.twitter.com/79CeIBGVSt

See the above tweet? Nothing particularly shocking or radical, right? It was posted by Korean voiceover actress, Jayeon Kim, who does work for the PC game company, Nexon. Or, rather, she used to. The company fired her, as did PC game companies Naddic Games and A.storm, because of this “controversial” photo. Though they would never use the word “fired.” They will be “replacing” her, because of this “controversial” photo.

Is it really controversial to state outright that girls don’t need princes? Are there even enough princes to go around if we all decided we do need one?

In her tweet, she’s referencing a moment from the Disney XD show, Star vs. the Forces of Evil. In Episode 8 of the show, Star Butterfly utters the line “I don’t need a hero. I need a friend.” Check it out:

Clearly, she’s a fan of the show, and she wanted to express her support of a moment in a cartoon. This is only “controversial” if you believe that the very notion of women having opinions at all is controversial. Then again, Korea isn’t doing too well on the equality front. According to the World Economic Forum’s gender gap report, the Korean Republic ranks 115 out of 145 when it comes to gender parity across all fields. According to Rocket News 24:

[I]t’s important to keep in mind that South Korea has a rather low ranking in terms of gender equality. And here are a few things that are illegal in South Korea: pornography (yes, even Poképorn!), showing too much skin in public, and, up until 2015, even adultery.

We can’t help wondering if all this contributes to 80-percent of young people in South Korea wanting to move somewhere else.

What’s even more sad is that, despite a huge injustice being done against her — losing her job for wearing a shirt that stated an accurate fact without even any lewd language or imagery to make it remotely controversial — Kim, who got the shirt from Korean feminist site Megilian, felt the need to clarify that she’s ambivalent about the site, and that “she is willing to take responsibility if she did anything wrong.” *sigh*

So now, because women aren’t allowed to have feminist opinions without facing huge consequences in Korea, Nexon’s upcoming game Closers and Hero Warz will be doing without her voice talents, as she’s being “replaced” in those games thanks to “issues that are currently controversial.”

If Korea expects to hold onto its best and brightest, doing a better job of treating women like people might not be a bad place to start.

However, there’s good news in Pakistan, too: “At Last, It Looks Like Pakistan Will Pass a Law Actually Banning Honor Killings” (Jezebel)