Feminism Around the World: Saudi Arabian Song “Hwages” Warns the U.S. About What a Trump Presidency Means For Women 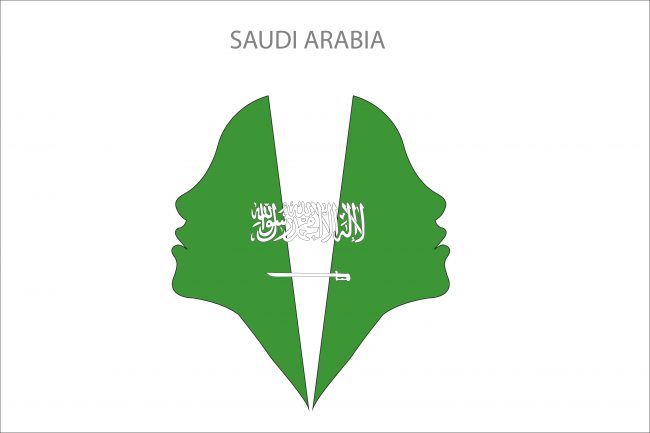 It’s awesome when men get on the feminism train and realize that gender equality benefits everyone. Saudi Arabian artist-director-editor Majed el-Asa has scandalized his home country by creating a video in which women *gasp* go skateboarding, play basketball, and have fun at an amusement park. The video is called “Hwages,” and it’s obviously about more than just getting to drive bumper cars:

Placing women front and center in the video (even as men are shot from below to make them appear more imposing as they attempt to dictate the women’s behavior) and using their voices exclusively, el-Asa creates a stylized, sing-song world in which, despite men’s attempts to control them, women are gonna do whatever the hell they want. Like bowl with men’s faces taped to the pins, for example.

The video then moves from criticizing the behavior of men (who are made to look cartoonish), to honing in on one man in particular: President-elect Trump, a cardboard cutout of whom appears from behind a seal reading “House of Men” as people hold up signs prohibiting Hillary Clinton specifically and women more generally. Later in the video, the Trump cutout is in the backseat of a car with the two cartoonish men who were trying to control the women of the video.

According to The Daily Beast, “It is unclear exactly what the backseat placement means, whether to say “he’s with us” for his views and comments on women, or whether he is relegated there because of his apparent views about Muslims.” Either way, I’m pretty much all, “Yup.”

The music slows down after that, as a lone female soloist sings a mournful song that is apparently a famous Saudi protest song. More women join in for the chorus, which says, “May men go extinct, they cause us to have mental illnesses.”

This isn’t the first time el-Asa has caused controversy. Last year, his song (and the dance craze it inspired) “Barbs” (which means “uncoordinated” in local dialect) was considered disrespectful to Islam. Since it debuted at the end of last month, “Hwages” has garnered over 2.5 million views and prompted reactions like this from Saudi citizen, Hassan al-Ghamdi, who tweeted, “The director offends the Muslim women in our country. Where are our preachers to deny this?” Funny how this random dude is talking about women being offended. Why don’t you let them speak for themselves, m’kay?

Then again, Muslim woman Amera al-Taweel, Founder and CEO of a full-service entertainment company and ex-wife of a Saudi prince, tweeted the video without comment, as if the video should speak for itself:

Hell, even her ex-husband, Prince Al-Waleed bin Talal, recently called for a lift to the ban on female drivers in the country (thanks for the tip, TMS reader Melissa Gabelman!).

It’s heartening to see both women and men calling for gender equality in Saudi Arabia. I hope that the activism in this direction continues!

Meanwhile, the message regarding Trump remains clear. It’s like, Hey America! We know from injustice and inequality, and WE’RE telling you he’s not a great dude, so…

Lastly, I kind of wish the women in this video could team up with Pussy Riot and Las Hijas de la Violencia to create an epic, feminist art piece. One day, I need to make that happen!

First of all, apologies to a couple of TMS readers who attempted to send me tips for this column back in November. November was a difficult month, as I’m sure you all know, and some stuff fell through the cracks. One of the tips I linked to above (thanks again, Melissa!), and the other was…

CANADA: TMS reader Emily Grenon alerted me to the impending ruling on whether or not Justice Robin Camp, who famously asked the victim in a 2014 sexual assault trial why she couldn’t just “keep her knees together.” Since then, the Canadian Judicial Council has been thinking about not renewing his tenure in 2017, even though he petitioned to continue as a judge, as is his right every year. Check out one of the more recent stories on the case over at CBCNews.com: “Justice Robin Camp to make final plea to judicial watchdog” (12/21/16)

INDIA: “A politician just blamed a mass public groping on what the women wore” (Revelist, 1/4/17)