According to New Research, Viking Women Explored Just as Much as Men 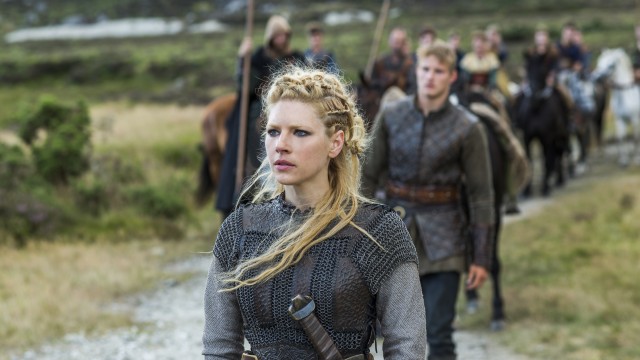 Earlier this year, we were saddened to realize that, upon closer examination, the Internet’s belief that half of all Viking warriors were women was not as justified as we’d hoped. But, according to a new study by Erika Hagelberg of the University of Oslo, the life of the average Viking woman may have been far radder than historians think!

According to Phys.org, Viking women are typically thought to have stayed behind at one settlement while the men established colonies overseas: “It’s a commonly held belief that Viking expeditions consisted entirely of men, and that a shortage of women at home compelled Viking men to seek out women in foreign lands.” Although previous genetic studies have supported that theory, Hagelberg’s research indicates that women may have participated equally in exploration.

For a study published yesterday in The Royal Society Philosophical Transactions B, Hagelberg and her team analyzed the mitochondrial DNA (DNA passed down through the maternal line) in 45 skeletons of Ancient Norwegians thought to have lived between A.D. 796 and 1066. The team discovered that the DNA found in the skeletons’ teeth and long bones was similar to that of previously-analyzed ancient Icelanders, and that the Norse and Icelandic mitochondrial DNA bore a close resemblance to that of 5,000 modern Northwestern Europeans used for the study.

According to Hagelberg, “Our combined analyses indicate that Norse women were important agents in the overseas expansion and settlement of the Vikings.” Although this new research doesn’t address the gender ratio of Viking warriors specifically, its findings are actually very similar to that 2011 study the Internet became so enamored of: both papers propose that “female migration may have been as significant as male.” It’s important to note that Hagelberg’s research at least appears more definitive than the earlier study—the 2011 paper analyzed a mere thirteen remains.

Sure, these new findings don’t necessarily mean women were pillaging and axe-wielding with the same regularity as Viking dudes, but Hagelberg’s research does reinforce one important takeaway from the earlier study: fans who argue that gender equality in historical fiction or LARPing isn’t “accurate” aren’t just being short-sighted jerks. They’re also wrong.

Have a happy baby goat, everyone. We’ve earned it.