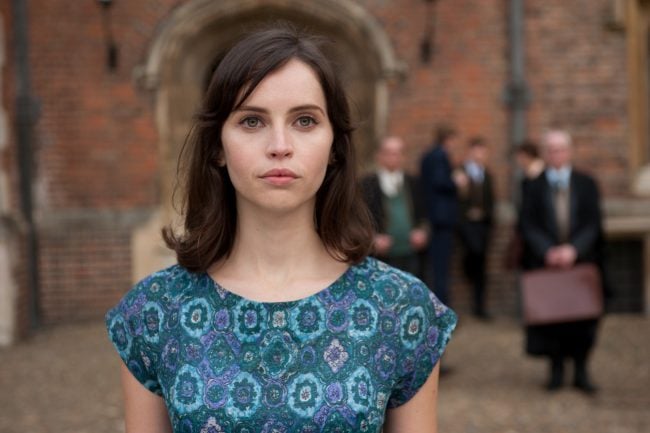 It’s just been reported that Rogue One star Felicity Jones will star as Ruth Bader Ginsburg in On the Basis of Sex, a biopic about the Supreme Court Justice that will look at her work in the 1970s. The movie will follow Ginsburg’s career and her fierce fight for civil rights, with a script from Daniel Stiepleman and director Mimi Leder.

Ginsburg was appointed the second female justice and the first Jewish female justice in 1993, and before that, “developed a reputation as a keen advocate for the advancement of women’s rights.” The casting news is a bit surprising, considering the fact that Natalie Portman was attached to star in the biopic way back in 2015, and it sounded like she was closely involved. Portman not only had conversations with Ginsburg about the project, she even insisted on a female director for the project. Diary of a Teenage Girl’s director Marielle Heller was also previously attached.

Regardless, it’s still exciting to hear this film about an iconic and important woman move forward, and I’m looking forward to seeing Jones in the role.

The film will start shooting in Montreal in September. What do you think about the casting?