FCC Rules All Cellphones Must Have GPS by 2018 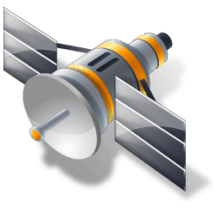 GPS capable phones have been around for a while and are an absolute godsend if you have a sense of direction that is as bad as mine. The downside is that I have to rely on other people’s GPS enabled phones because I’m still living in the Stone Age. If the FCC has its way –which it will, it just ruled on this– all phones will have GPS come 2018.

Why? The reason they cite is for the purpose of tracking 911 calls. Whether or not that’s just a smokescreen depends on your personal level of paranoia and frequency of illegal activites. Currently, if a non-GPS enabled phone dials 911, the provider has to triangulate the location, which is annoying and inefficient, apparently. Straight up GPS is just much better for figuring out exactly where you are, however that makes you feel.

The decree also extends to things like VOIP handsets, so this initaitive is pretty far reaching. Basically, anything that you might be able to call 911 with (or any other number with) will come with GPS, by law, come 2018. End of story. Of course, it’s not like that wouldn’t happen naturally if the FCC didn’t get involved. Estimates predict that by 2018, 85% of people will be using GPS enabled phones anyways. The ruling specifies that by 2018, all phones must come with GPS, but it says nothing about the use of non-GPS phones that were purchased before the deadline, so if you really want to live off the grid, you can probably stow away an old cellphone that will still work for a while, but let’s face it, by then you’ll probably have an ID chip in your brain or something, so it’s a moot point. Just love Big Brother already; it’s the only endgame anyway.