Like a Mother: Our Favorite Pop Culture Maternal Figures That Aren’t Moms

Motherhood comes in all different forms. 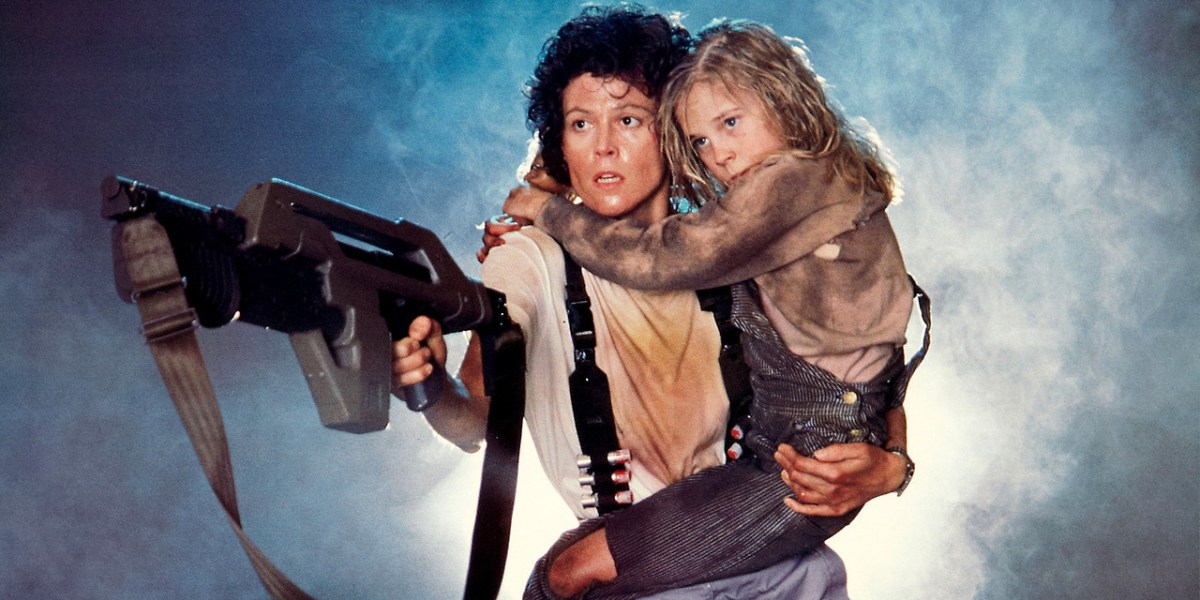 There is no one way to be a mother. Motherhood is a path that can be at once universal and wholly unique. And motherhood isn’t simply limited to creating a life. The world is filled with women and folks providing the love, care and support of a parent to the children who need them. These bonds can often be more powerful than those determined by DNA.

When Ellen Ripley returns to LV-426, she finds the terraforming colony of Hadleys Hope completely decimated by the Xenomorphs. The sole survivor is a traumatized young girl, Newt (Carrie Henn) who quickly becomes attached to Ripley. Sigourney Weaver delivers one of her strongest performances as Ripley grows closer to Newt and rescues her from the alien queen, delivering the iconic line “Get away from her you bitch!” Their heartfelt relationship provides an emotional cornerstone for the best film in the franchise, one that subsequent films have failed to capture.

Rebecca Sugar’s whimsical and brilliant animated series Steven Universe has broken barriers in LGBTQ representation in childrens’ programming. And at the center of it all is an unconventional family unit: Steven (Zach Callison) and the three Crystal Gems: Garnet (Estelle), Amethyst (Michaela Dietz), and Pearl (Deedee Magno Hall). The Crystal Gems nurture and love Steven, helping him learn more about his mother Rose Quartz and how to harness his gem energy. And while Steven has a father in the van-living Greg Universe, Steven’s home is truly with his Gems.

Aunt May and Peter Parker, Spider-Man

It isn’t easy being your friendly neighborhood Spider-Man. But if there’s one constant in Peter Parker’s tumultuous life, it’s the love and support of his Aunt May. May Parker has been a comics mainstay since the 1960s, and has been portrayed on screen by the likes of Rosemary Harris, Sally Field, Marisa Tomei, and Lily Tomlin. Tomei, who currently plays a younger Aunt May in the MCU, brings humor and struggle, as she navigates raising a teenager with a secret. In the final moments of Spider-Man: Homecoming she catches Peter wearing the suit, and we’re excited to see what she does with this revelation in Far From Home

Hiromu Arakawa’s Fullmetal Alchemist is a massively popular manga series, which has been adapted for film and television. The story follows two alchemist brothers, Edward and Alphonse Elric, as they search for the Philosopher’s Stone so they can regain the bodies they lost in a failed attempt to bring their dead mother back to life. Along the way, they are taken in and trained by alchemy teacher Izumi Curtis. Izumi’s methods may be harsh, but beneath her gruff exterior she loves the Elrics like her own sons.

Minerva McGonagall, Hogwarts’ professor of transfiguration, is one of the school’s most formidable teachers. But she has long held a soft spot for Harry Potter, watching out for him since his infancy. It was McGonagall who scoped out the Dursleys and found them to be “the worst sort of Muggles”. And it was McGonagall who took Potter under her wing in Gryffindor, encouraging him to join the quidditch team, and anonymously gifting him with the Nimbus 2000. McGonagall has always remained steadfastly on Harry’s side, and was willing to overlook his shenanigans because she cared so deeply for him.

Matilda Wormwood is an extraordinary young girl who had the misfortune of being born into a family that doesn’t appreciate her. But there is one person who does: her teacher Miss Honey, who encourages Matilda to read and be herself. If there’s one thing the wicked Wormwood family does right, it’s letting Matilda’s favorite teacher adopt her. No, I’m not crying, you’re crying.

Who are your favorite maternal figures in pop culture? Share your picks below!