MUSTACHE DAD!?!: The Mary Sue’s Favorite Comments of the Week 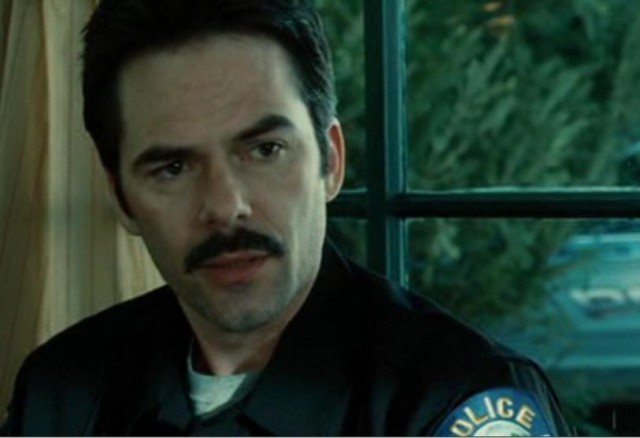 Are you ready to get comment’d?!

In our post about the new rumored Batman standalone film, shadowmat suggested a much better idea: “Instead of another movie about the Dark Knight, how about one about the Duck Knight? That’s right, baby, I’m talking Darkwing Duck: The Movie!”

Did you see the SNL video about all the movies Marvel can make now that Guardians was a hit? Facebook user Rachel Banzhaf suggests this follow-up: “That time when Pam’s trip to New York to watch Wicked got cancelled because they city was still screwed up from the Battle of New York really resonated with me.”

Remember those horribly sexist DC shirts? Dryd Aykma adds, “No, no, no, you’ve got it all wrong. It’s not “Training To Be Batman’s Wife”. It’s ” Training BATSYMBOL To Be Batman’s Wife”. We all know it’s the love of his life, and it’s a call to help it along the way to finally realise Bruce’s affections.”

“Training to be Hercules’s Eromenos”

“Training to be Flash’s Rogue”

“Training to be a Great Lakes Avenger”

Last week’s favorite comments were all about space puns – to the chagrin of some readers who had worked hard rockin’ out their mineral puns. 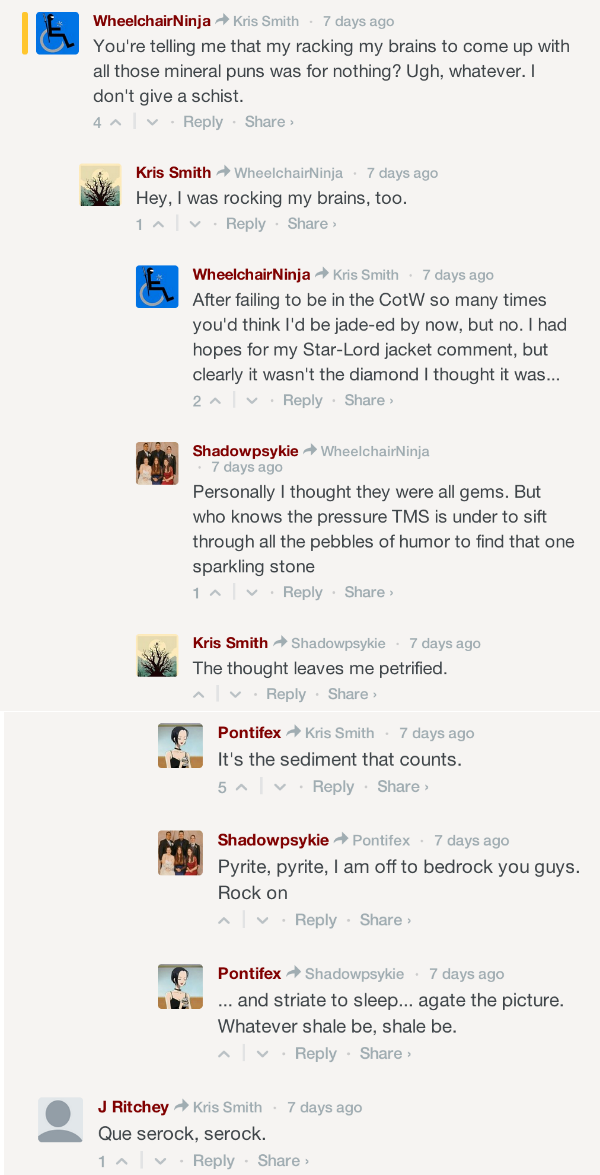 The new Nic Cage movie Left Behind came out this week, so may we present you with this epic burn from Facebook user Alex Washoe: “I thought “Left Behind” was just a description of Nicholas Cage’s career.”

Thor #1 came out this week as well, but really needs to consider its typeset, says Adrian: “I really like how Mjolnir adds the s to the he, but I hope Mjolnir also takes the time to re-center that line of text, otherwise that might drive me crazy.”

We’re getting some new Twilight short films, and Philip Lopez is asking the important questions: “DOES THIS MEAN A MUSTACHE DAD MOVIE?!?”

Finally, we have some suggestions to add to those awesome new Social Justice Warrior pins WITH BONUS BALDUR’S GATE JOKE: