The Mary Sue’s Fave Comments of the Week: Idris Elba, Apocalypse Canceller, to the Rescue

How dare you insinuate there's anything Idris Elba Can't do? 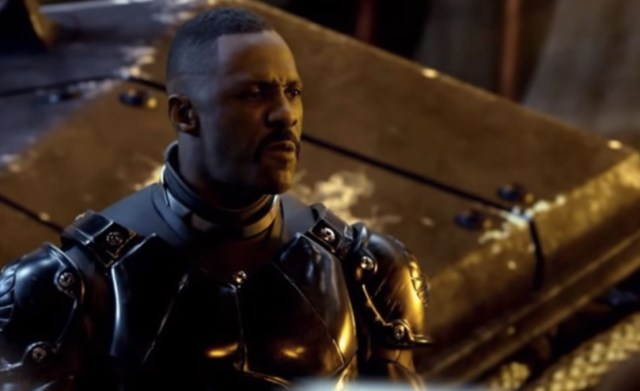 Idris Elba may singlehandedly make us want to watch Star Trek 3, but that doesn’t mean everyone is on board.

Tomasz makes a good point that even amazing actors can’t fully save a bad script, but after Astra’s reminder about the cancellation of the apocalypse, the discussion was over before it’d begun. Check mate.

Marvel launched a men’s fashion line this week with some MCU-lookalike models. They even had one who looked remarkably like the mighty Thor! No, not that Thor. Kris Smith was reminded of this Thor:

I recognize the Thor model. He’s a garage owner that likes to help down on their luck babysitters.

You may have heard that Gillian Anderson is looking for love and thinks “gender is irrelevant,” and you may have wondered how every nerd in the world will set about forming an orderly line to ask her out. Kung Fu Ponda Baba was wondering the same thing:

So how are we going to do this, like a Thunderdome-/Colosseum-style gladiatorial combat, with Ms. Anderson as Aunty/Caesar granting a thumb-up/thumb-down?

Game of Thrones‘ upcoming seasons are set to spoil the books for fans who are into both versions, unless George R.R. Martin steps in like this, of course, which we could see ourselves getting behind: 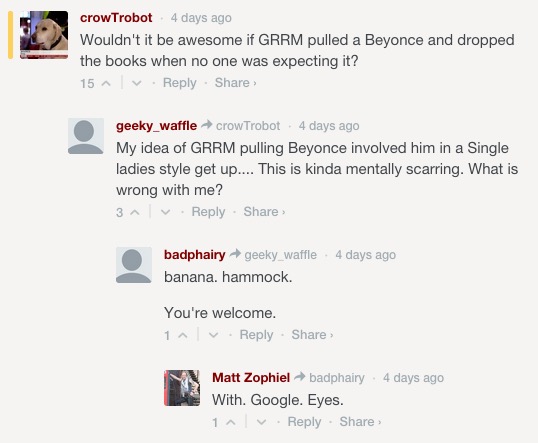 Speaking of things that are difficult to imagine, we got our first look at Jesse Eisenberg as Lex Luthor this week, and not everyone was exactly taken with it. Marcy Cook senses a gritty-off:

Rrrr so gritty I can out gritty the Nolan Batman movies. Rrrr.

We got some J.K. Simmons Terminator action too, despite whatever problems he may have with the franchise’s theme music: 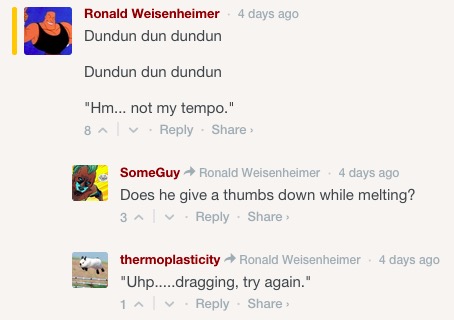 And of course, Cate Blanchett teld the world that menstruation and a desire to watch movies aren’t related, and the period humor from the story bled over into the comment section for our requisite pun thread: 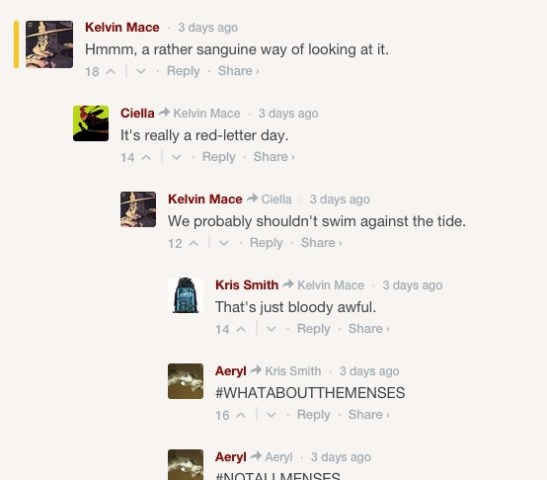 You’ll have to head over to the thread itself to see the rest, because they just would not stop flowing.