Let's Talk About John Walker in Falcon and the Winter Soldier

Falcon Watch: Okay Fine, Let’s Talk About John Walker in The Falcon and the Winter Soldier 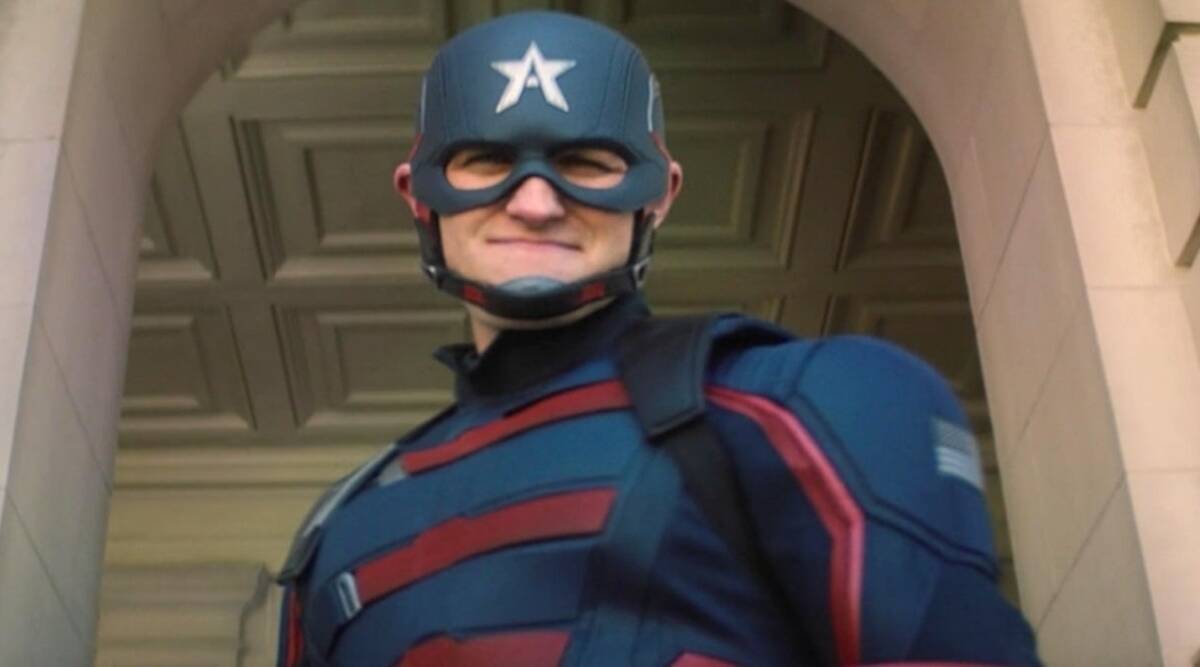 John Walker not only thinks he knows what he is doing, but he also inserts himself in situations that do not need his attention or abilities—so, you know, like a white man. This week’s episode of The Falcon and the Winter Soldier, entitled “The Whole World Is Watching,” featured Sam, Bucky, and Zemo trying to find Karli Morgenthau.

**Spoilers for the episode “The Whole World Is Watching” of The Falcon and the Winter Soldier.**

The last we saw of Sam, Bucky, and Baron Zemo, they were leaving Madripoor and heading to where they believed Karli Morgenthau would be after the death of Donya Madani. The first we see of them in this episode, Bucky is still having a conversation with Ayo about Zemo and buys them a little bit of time to find out some more information on Karli and her whereabouts before the Dora Milaje come for Zemo.

All of that is fine and dandy until John Walker shows up. This man playing dress-up with Captain America’s shield thinks that Sam and Bucky owe him any kind of answers or explanations, and since they’re men who are nice enough to placate him, they let John Walker play along for a second. The problem is that he’s a fragile man who shouldn’t have been given that shield in the first place, and so now he’s trying to make up for his lack of abilities in the worst possible way.

The last we really saw of John Walker, he was talking about how he did the work to have the shield. What that means, I still don’t know, but this week, he proved he never deserved the shield and never will.

Throughout the episode, Walker and Lemar Hoskins show up to try to get “answers” but, in reality, it is just Walker being aggressive and Hoskins trying occasionally to reason with him. When Sam is making progress with Karli, John inserts himself into the situation because he just can’t trust Sam to do it, and it ends up backfiring—but not before John Walker ends up finding one of the last vials of super-soldier serum.

Later, when the Dora Milaje show up for Zemo, Walker is yet again put in his place and shown that he’s just a regular dude who isn’t strong enough to take on the people he’s fighting. So, his solution is to take one of Karli’s super-soldier serums because, again, John Walker is the worst and too fragile to have the shield in the first place.

There’s a comparison in this episode that I loved. When Zemo asks Sam if he’d take the serum if asked, he doesn’t hesitate. He instantly says no. When Walker asks Hoskins the same question, they both talk about how the world would be a better place if they had the serum during their tour in Afganistan, and it shows the kind of man that Sam is. He is willing to fight to the best of his abilities without using something like the serum to his advantage.

Do you know why Steve Rogers worked? Because it wasn’t his goal to be strong. He was always someone willing to fight, no matter his disadvantage, so the serum worked for him because he didn’t need it to do the right thing. That’s very clearly not the case with John Walker.

What really drives home the fact that John Walker is not a man to be trusted is when Sam and Bucky realize he took the serum. Sam goes to meet with Karli, and yet again, in rolls John Walker. Why? I don’t know. He doesn’t listen. This time, though, it’s John Walker roided up on serum. He rolls in, they start a big fight with the Flag-Smashers, and in the crossfire, Battlestar ends up being thrown into a pillar and it looks as if his neck is broken.

It is very much a moment when Karli realizes things went too far, and everyone stops as John goes to see if Lemar is alive or dead and feels for his pulse. While there isn’t a clear confirmation of whether or not he’s dead, Walker does go completely off the rails two seconds later, so it’s safe to say that Lemar is probably not going to make it.

What it doesn’t excuse is John Walker then using Captain America’s shield to literally murder a man.

(Warning: The picture of John Walker holding a bloody shield is graphic.)

This episode, in my opinion, did a great job of showing why a man like John Walker never deserves to be a “symbol.” For people like him, their idea of power and symbolism is to lift themselves up instead of using that power to help others and be a beacon of hope. Sure, there’s probably a part of John Walker that does want to do the right thing. His conversation with Hoskins proves that. But it’s completely negated by the fact that he throws it all away and murders a man in cold blood on the street with the shield he’s supposed to uphold.

Each week, we get one step closer to Sam Wilson taking back the shield. I can feel it. I know that this was a journey to him realizing that the shield isn’t about Steve’s legacy, but it’s a symbol that the world still needs, and I hope that John Walker gets whatever is coming to him.