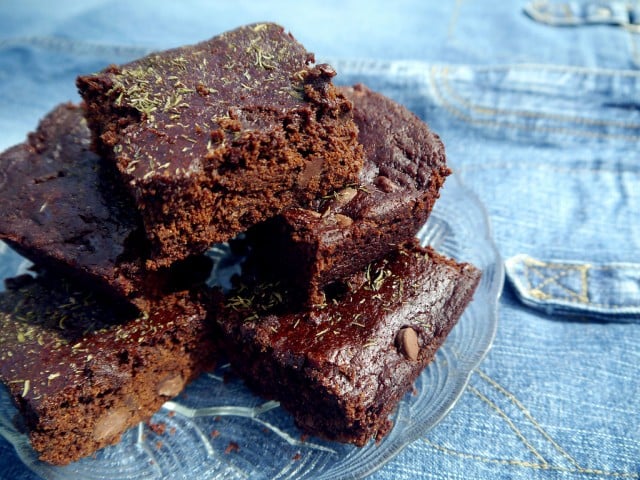 This right here, folks? This is why we can’t have nice things. A recent study published online by JAMA Pediatrics found that one hospital in Colorado is dealing with a new medical phenomenon in the wake of marijuana being approved for medicinal use in the state — children being hospitalized after unwittingly snacking on their parents’ therapeutic pot brownies.

It’s worth noting that only 14 cases were reported by the study over the course of nearly three years, so it’s probably not time to ring the Reefer Madness alarm bells quite yet. Then again, considering the study concluded before Colorado approved recreational marijuana use last year, it’s certainly worth looking at the numbers and making suggestions on how to keep the drugs in the hands of responsible adults. That’s the argument of authors, who point to their research as a reason that baked goods containing marijuana should be packaged in childproof containers, a point that’s pretty hard to argue against while still sounding like a grown up.

Dr. George Wang, lead author of the study and an instructor in pediatric medicine at Children’s Hospital Colorado, where the research was conducted, reminded readers that in the last generation, marijuana has gotten far more potent, meaning that baked goods made with it pack more of a wallop, too. According to Wang:

“Before the marijuana boom these kinds of edibles were not mass-produced and the amount of THC ingested was somewhat limited, but now we are seeing much higher strength marijuana.”

Granted, Wang’s study is a small sample of just one hospital, and not necessarily representative of the situation as a whole. And while any medical situation that jumps from zero cases to a non-zero number of cases is bound to get some attention, let’s keep in mind that 14 cases is hardly an epidemic of pot brownie abuse in children. And lest we forget, it’s just pot — a big brownie taken by an unprepared toddler is sure to freak out both child and parents, but no one is going to die over it. Chances are, it’s just going to be a real good story to tell at the kid’s wedding one day.

All this in mind, as pot becomes more accepted culturally, it’s incumbent on the people who have been clamoring for it and use it — medicinally or for recreational purposes — to use it very, very responsibly and set a good example. Leaving a half-eaten Scooby Snack on the table for your kid to nosh on is, needless to say, the opposite of this. And let’s face it — it’s hard to stand against an idea like childproof packaging for controlled substances. Because yeah, duh, childproof packages.

Another plus? Childproof packaging could also help to ensure that adults won’t overdo it on the baked goods by going back for seconds. After all, if you’re having trouble with the childproof container after the first brownie, it’s probably a demonstration that you don’t need another one.