Fans Should Not Be Free Marketing Experts for TV Networks 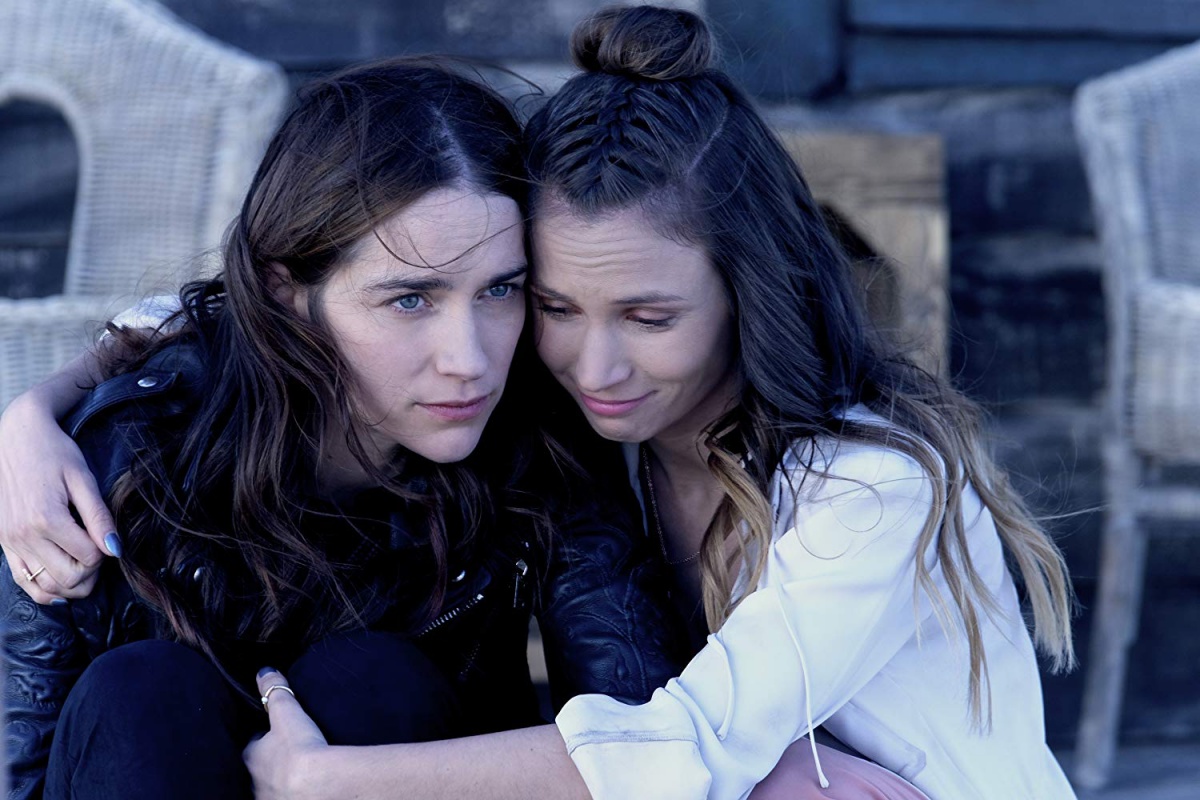 A lot of us are still reeling from the cancellation of Netflix’s One Day at a Time, and while that team and fans are still fighting for the show to be picked up by another distributor, it—along with the campaign of #FightForWynonna to save Syfy’s Wynonna Earp—has shown how fans, especially queer and non-white ones, are being asked to do the job of marketing shows, for … free.

For those who are unaware, Wynonna Earp is at risk of just ending on a massive cliffhanger, because despite being picked up for a season four and five, there is a question of where the money for those seasons is going to come from simply due to problems with its parent company, IDW. Netflix has yet to pick up the streaming rights for season three, and IDW has been facing serious financial problems. IDW and others behind the show have made it clear that they want this show to continue, yet the biggest push of support is from the fans.

They have been putting up billboards, doing petitions, and at ECC this year, I saw #FightForWynonna shirts and it came up during a panel I was on about the show. It’s amazing seeing this, but it’s also difficult to watch fans be put in a position to market the show.

Momentum wasn’t helped when Adam Wyden, the founder of the New York-based hedge fund ADW, which owns 9 percent of IDW Media Holdings, made the following comments about the show, accord to The Hollywood Reporter:

“There’s certainly value, but I think the way you have to think about it is, is it worth making Wynonna Earp and taking the risk that you don’t sell out the international, right? How do we justify making season four and five if we know we’re going to lose money? IDW is working very, very hard to try and sell up the international windows so they can limit the amount of risk. The company wants to make Wynonna Earp […] I think if all these Wynonna Earp people really want it to come back, they should be emailing Netflix and saying, ‘Pick up the international rights.'”

These “Wynonna Earp people” have been the ones giving the show the boost and fighting for it to be recognized. Fans are the reason it won a People’s Choice Award against shows with slightly larger fanbases. Earpers have been doing grassroots marketing for this show in an above-and-beyond way that, while beautiful to watch as a fan, is also frustrating to see, because we are the ones being asked to carry shows forward.

It’s the same with One Day at a Time. The explanation for the show’s cancellation has been due to the cost versus the lack of viewership. Now, I live in a slight bubble through my Twitter and living in NYC, but One Day at a Time has been praised almost universally, and even those who don’t love it can say that it’s an important show—much like Netflix did as they canceled it anyway.

Last season, fans and the creator called for people to stream and watch the show in order to get a season three, and it paid off. So why are we here again? I do realize that, because Netflix isn’t producing the show and it’s owned by Sony, it’s a bit more complicated, but if you are really determined to see the show, maybe put in the effort to uncomplicate it—or at least make it clear from the beginning what the realities are.

The lack of transparency when it comes to viewership numbers doesn’t help, because we know that a lot of Netflix shows have taken dips if we just look at the Marvel shows, which I’m sure were much more expensive than One Day at a Time.

What’s more, the show wasn’t something I ever knew about beyond the internet, initially, because it wasn’t being put on my radar when it first came out. Thankfully, former TMS writer Teresa Jusino brought the show to my attention, and it has since been one of the shows that truly makes me feel good in some of my saddest moments. I’ve shared it with friends, especially those who have served in the military, and they have all told me what it means to them.

If One Day at a Time were a true crime series, we would have had to see it promoted all across our platforms regardless of what we’re interested in. Netflix has no problem spending its money on shows like The Ranch, which I have literally never heard anyone in real life say they watch—not even Mila Kunis.

Just like Sense 8, this is another case of Netflix not prioritizing some really important diverse content, and it’s disappointing. The fact that they can hold the future of an entire show in their hands because of streaming rights just shows how the company has become one of the most important ways to shape the landscape of media. I may have a lot of shit that I fling at The CW, but they held on to Crazy-Ex Girlfriend and Jane the Virgin, despite their low ratings, because they recognized the importance of having those shows on air on their network.

There is plenty to appreciate about what Netflix has done. With its movies and documentaries, it has certainly given opportunities to filmmakers to have larger audiences than maybe ever before, yet when it comes to television, it’s very much a case of Netflix giveth and it taketh away.

One Day at a TimeWynonna Earp