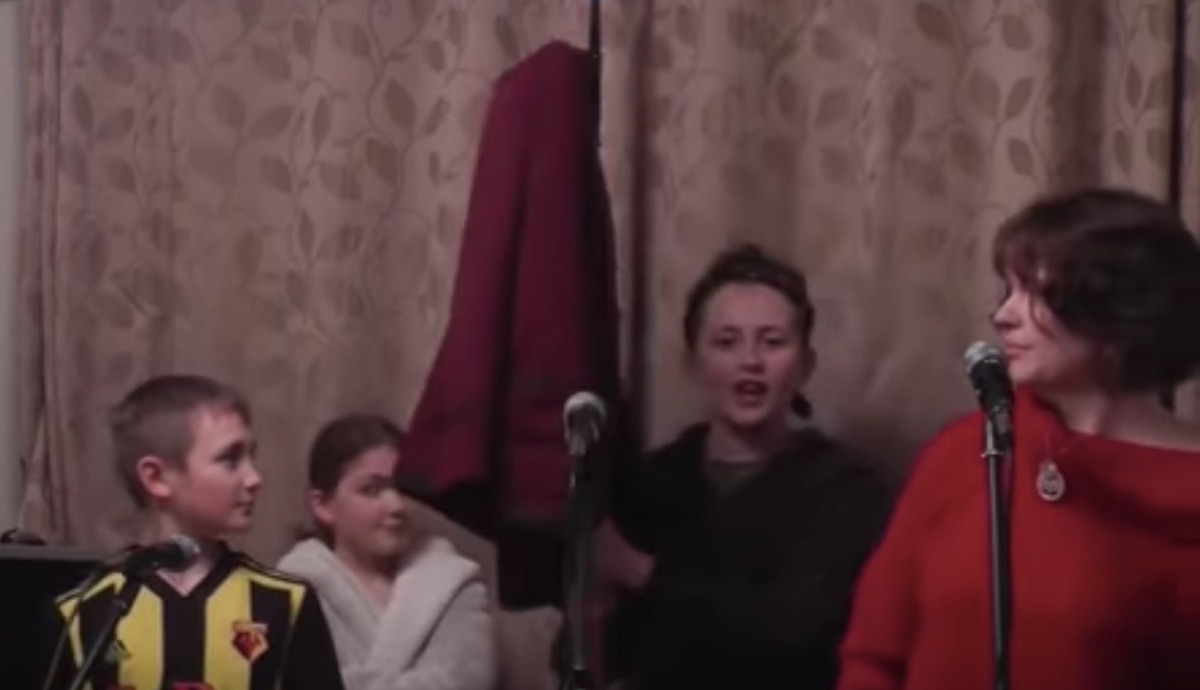 A family in the U.K. went above and beyond in their coronavirus isolation and adapted a soaring number from Les Misérables, “One Day More,” into a light-hearted song about lives during lockdown. The delightful video has gone viral around the world.

In the musical Les Misérables, “One Day More” is a tour de force with all of the main characters singing about their problems that will come to a head in, you guessed it, one more day. Valjean worries he’s about to be apprehended for his past “crimes”; Eponine is all on her own, longing for Marius, who is distraught about being parted from his love Cosette; the young revolutionaries are manning the barricades; the villainous Thénardiers are planning to rob the revolutionaries’ bodies after they fall.

There’s a lot going on! Which makes “One Day More” the perfect multi-part song on which to model a lot of activities currently happening in our new lives inside. Now the lyrics cover such topics as the impossibility of finding a food delivery date, online school, missing friends and grandparents, ordering pizza, sharing space, and much more.

According to The Guardian, the Marsh family from Kent, England, made the video for family and friends, but it has since taken off and gone viral. It was shown on the TV program BBC Breakfast, and much-shared on social media channels. As USA Today notes:

It’s not just that the lyrics about missed sports games, shipping delays, Skyping issues with the grandparents and excessive phone data usage are good, but the harmonies and overlapping verses by all family members are extremely impressive.

Indeed, what makes this video really pop is the incredible vocalizing and dedication from all of the Marsh family members, down to the youngest child, who takes on the vocally challenging part usually sung by Eponine in the show. And kudos to the brilliant staging of the oldest son waving a red jacket on a stick, echoing the move made by the revolutionary Enjolras as he waves an iconic red banner. Just how did this come together? Per USA Today:

Parents Ben and Danielle Marsh told the BBC that their parody song’s lyrics were “compiled out of different frustrations that everyone has had in the family over the last couple of weeks” and that the family practiced only a few times at the dinner table before recording just two takes of the song.

While celebrities like director/actor/Oscar-winning screenwriter Taika Waititi are fans on Twitter, the family got a rather official signal boost from Anne Hathaway, who picked up an Academy Award for playing Fantine in Tom Hooper’s film adaptation of Les Misérables. Yes, the very same Tom Hooper who would go on to give us the gift/curse that is the Cats movie.

“Bravo!!!!!” wrote Hathway. “If this quarantine has taught me anything, it is that my family is a bunch of underachievers,” user ohlovelyday commented on Hathaway’s Instagram post, which is another lockdown mood.

Aside from the exemplary performances, it’s the highly relatable energy of the activities and frustrations described that really hits home. I hope that the joy this video brought worldwide prompts the Marsh family to continue making musical parodies in isolation. “Do You Hear the People Sing” is right there …