I’ve never been a huge fan of Monopoly. I’m already in crippling debt to my friends and family, besides, dealing with that many paper bills is just a chore when they aren’t real. Fallout Monopoly, however, is something I could really get behind. Before you get too excited, Fallout Monopoly, much like the beautiful zeerusty world it depicts, is not actually real. Instead, it was a pet project of deviantART user PinkAxolotl, who might love the Fallout universe more than I do.

Each square has been replaced with a location or event from the Fallout games including stops like Rivet City and Megaton. The cards also have that distinct future-50’s flair and depict actions performed by our favorite little Vault Boy (he is the Vault Boy, not the Pip Boy, and certainly not Fallout Boy). And, best of all, the annoying paper money seems to be complimented with some deliciously physical caps. The only nit I might find to pick with this nonexistent game is that it appears to focus entirely on the most recent generation of games, so there are presumably no references to Vault 13 or the Master or anything, but hey, it’s a Fallout Monopoly game. That’s pretty much the apex of cool. 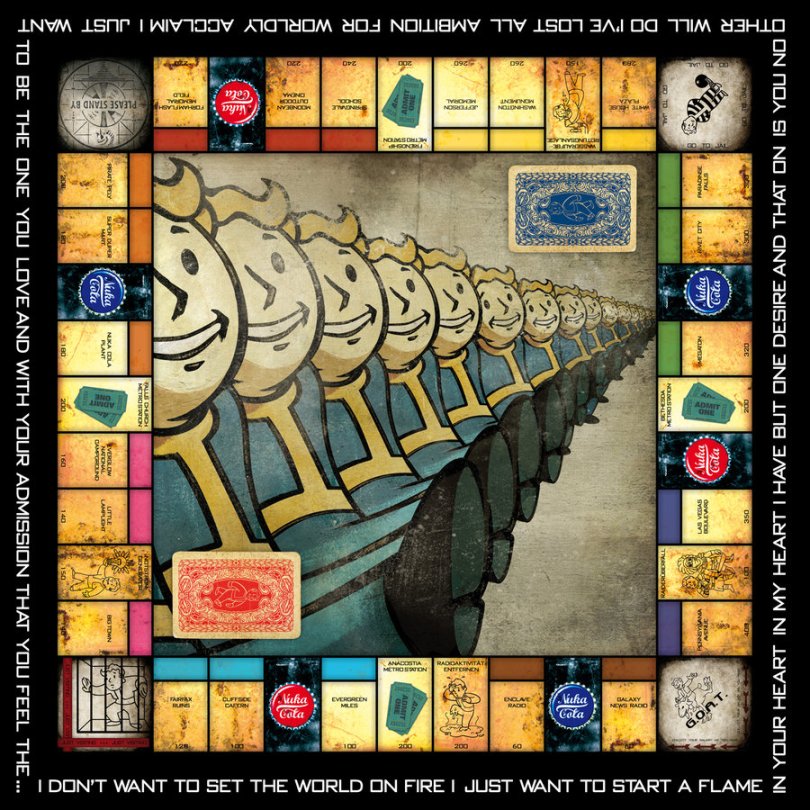 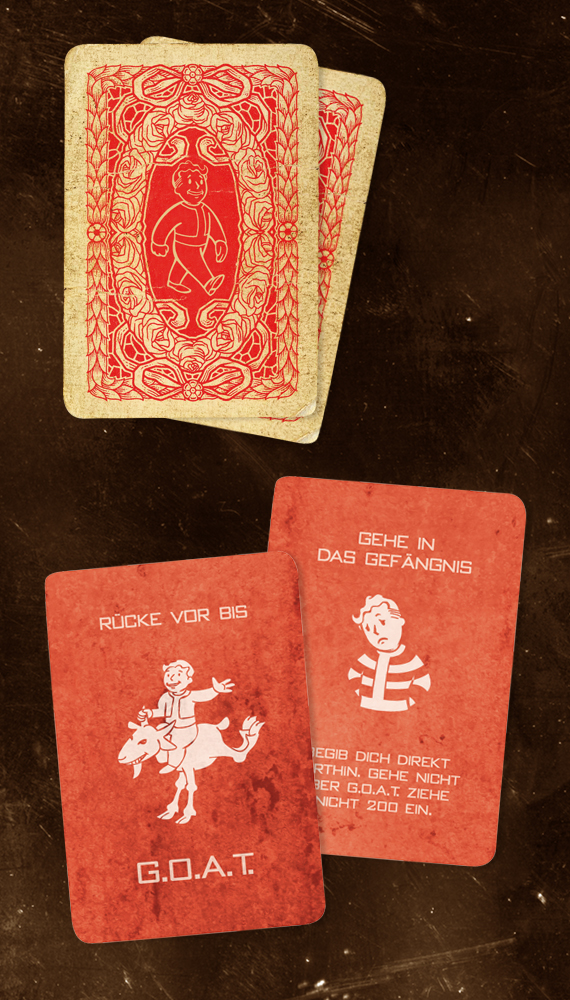 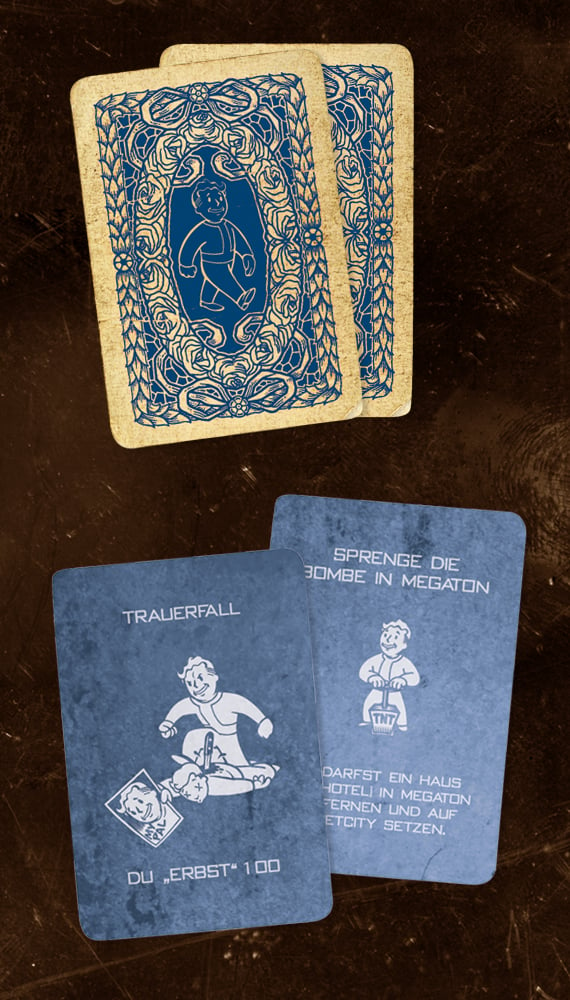