SpaceX’s Falcon 9 Did Land, but It May Be Too Damaged to Fly Again 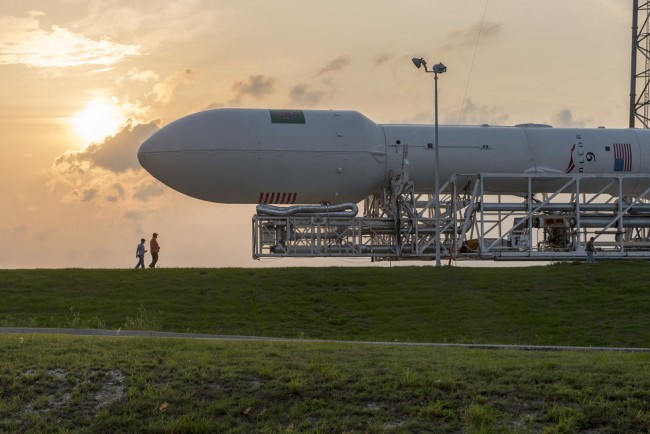 SpaceX’s second, most recent rocket landing was an impressive feat that even founder and CEO Elon Musk wasn’t expecting, after the rocket propelled a communications satellite into geostationary orbit about 22,000 miles above the Earth. However, increased landing difficulty isn’t the only problem with reaching the necessary speeds for that mission—damage to the rocket may prevent even a successful landing from being worth it.

Of course, the point of landing a rocket isn’t just so we can pat ourselves on the back about how far humanity’s space technology has come. We want to be able to reuse rockets to lower the cost of space travel, increasing its practicality so that we can become a more regularly space-faring civilization. It’s tough enough to launch a rocket that’s been freshly built without things ending in an explosion (which SpaceX has some regrettable experience with), so it’s critical that rockets we want to reuse are in good enough working condition to fly again.

The Falcon 9 that landed on May 6 likely won’t be able to do that, as Musk commented on Twitter that it took “max damage.” After separating from the satellite and the second stage rocket that would propel the equipment to its final destination, the first stage of the Falcon 9 plunged back into Earth’s atmosphere at 4,373 miles per hour (5.7 times the speed of sound), or more than a mile per second. Not only is that quite an impact to survive, but a lot of stress is involved as the rocket needs to fire its engines to slow down, in this case going from 441MPH to 134MPH in just three seconds as it prepare for its final descent.

It’s not all over for the Falcon 9, though, as the high level of damage still makes it a valuable benchmark for ground tests, even if it won’t fly again. Musk wrote, “Most recent rocket took max damage, due to v high entry velocity. Will be our life leader for ground tests to confirm others are good.” As always, that’s the great thing about science: “Failures” are just as useful—if not more—than success.

(via Discovery News, image via SpaceX)