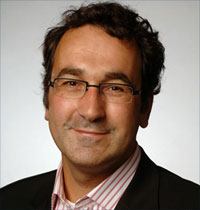 At the end of October, it came to light that a paragon among the European psychology community, Diederik Stapel, had admitted to falsifying the data in his publications, and the data he provided as coauthor. According to the University of Tilburg in the Netherlands, a probe into Stapel’s work has founded “dozens” of publications which used falsified data and 14 PhD theses supervised by Stapel. Among these was a study we reported on back in April.

According to the Chronicle of Higher Education, Stapel said that he, “was not able to withstand the pressure to score points, to publish, to always have to be better.” In the end, it was his own students who questioned his methods, and blew the whistle on his rampant academic dishonesty.

Apparently, Stapel’s scheme was to find out what his fellow researchers were working on, and then offhandidly mention that he had some unanalyzed data that would be “perfect” for their work. He would then create the data sets out of nothing, sometimes over the course of months, and be made a coauthor after handing over the information. According to Science magazine:

The panel reported that he would discuss in detail experimental designs, including drafting questionnaires, and would then claim to conduct the experiments at high schools and universities with which he had special arrangements. The experiments, however, never took place, the universities concluded. Stapel made up the data sets, which he then gave the student or collaborator for analysis, investigators allege. In other instances, the report says, he told colleagues that he had an old data set lying around that he hadn’t yet had a chance to analyze. When Stapel did conduct actual experiments, the committee found evidence that he manipulated the results.

In order to keep others from realizing what he was doing, Stapel apparently made himself the “lord of data” and handled most experimental aspects and data collection personally. Some of his students completed their PhDs without ever carrying out a single experiment. Stapel apparently would deflect his students and collaborators from handling the data by telling them that they had “better” ways to spend their time. Flattery, and the appearance of charity, can apparently take you quite far.

After a probe into Stapel’s work was launched after three junior researchers filed a complaint with the University, Stapel apparently admitted to the falsification. Since the scandal came to light, Stapel has been dismissed from Tilburg University and the institution has issued a report outlining his fraud and the steps that will be taken to prevent such activities in the future. The University is apparently looking into whether criminal charges can be brought against Stapel, as his falsified information was used to mishandle grant funding.

The report by Tilburg University starkly portrays the damage done by Stapel. It says, “It is not only individual people that are affected, but confidence in science, and in social psychology in particular, has been badly dented by Mr Stapel’s actions.” It will be a relatively simple matter to root out the papers tainted directly by Stapel’s fake data, but it could be far more difficult to adjust the papers based on tainted work, and papers based on those papers.

On the one hand, the fact that this man’s fraud was discovered is a sterling example of the scientific process at work. It shows that all work can be questioned, and no one is above the rules which dictate good scientific behavior. However, the report notes that before the most recent whistleblowers came forward, there had been previous accusations levied against Stapel, but no action was taken. Moreover, they found that when other scientists attempted to replicate Stapel’s results and failed, they blamed themselves. They believed, it seems, that Stapel was untouchable, and it seems his name alone carried the bulk of his reputation.

While the principles of science are immutable fact, as long as people carry out the work there will always the risk that work will be tainted by ego, and selfishness. There is a certain amount of faith involved in science, though the terms are often placed in opposition. The public, and other researchers, take it on faith that scientific work is done with the intention of expanding knowledge. When that faith is broken, science itself suffers.

(University of Tilburg, Science Magazine via The Chronicle of Higher Education via Reddit)