Superhero Faith Herbert Gives Me Hope for a Fat-Positive Future 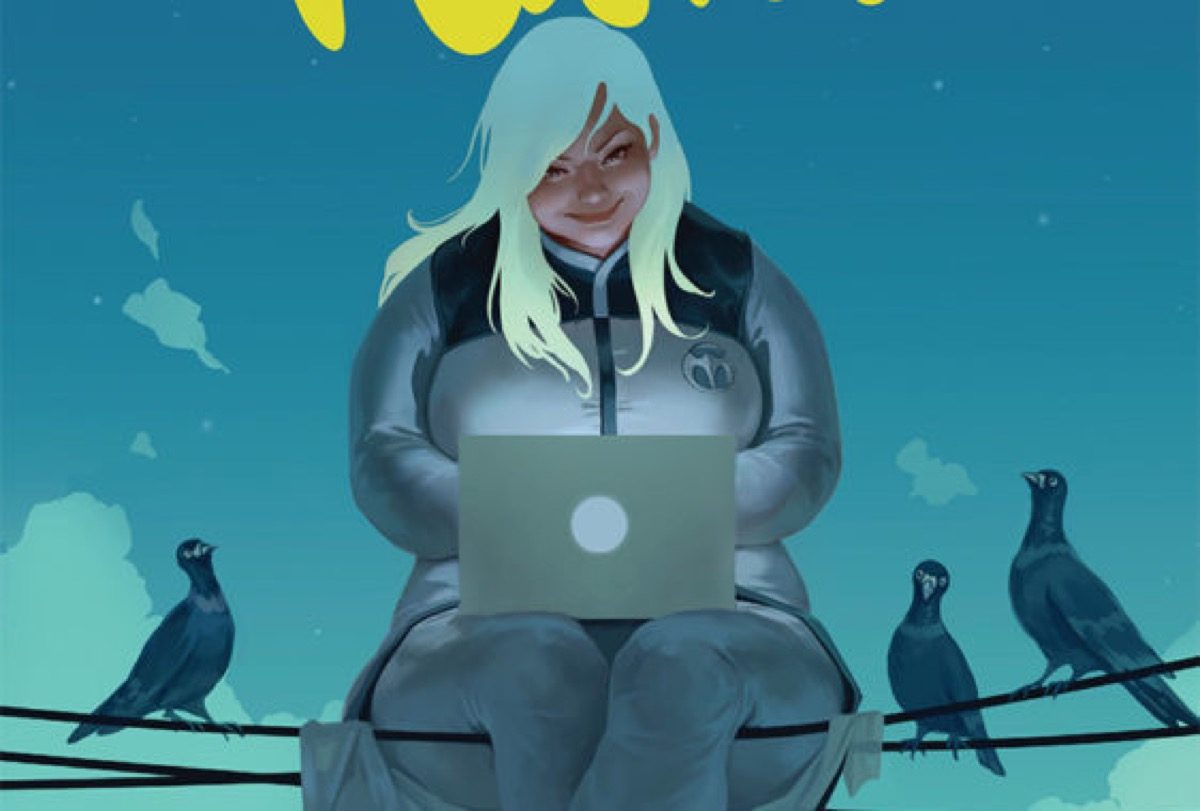 The first time I read one of Jody Houser’s Faith Herbert comics, I felt seen. Not only is she a fangirl at heart who pursues a career in pop culture journalism to maintain her alter-ego, but she’s a fat woman who’s just living her life, day in and day out. What’s better is that she’s one of the most visible characters in the Valiant Universe—meaning I get to see Faith/Zephyr at cons, in comics media, and someday soon, I’ll get to see her in a movie theater.

In an email exchange with Houser, she tells me, “Faith was created back in the early ’90s to reflect the women that the comic creators were working with at the time. To me, it’s important to remember that both her body type and her geekiness had real-life inspirations, and to continue to honor that.”

Houser has certainly done that; in the process, she’s lifted up her entire readership, including old fans and new. At New York Comic Con 2018, I had a particularly momentous experience: seeing the Faith mini-bust Valiant plans to release next year.

I didn’t know she existed and therefore couldn’t expect to see her—but there she was, a smile on her face and her hands in the air, exuding such pure, fat joy that it literally brought me to tears right there on the main show floor. Any sense of professionalism I had maintained during my interaction with the employees at the Valiant booth dissolved; I stood and I stared at that Faith mini-bust, remembering a younger version of myself who used to wonder why none of her dolls or toys were round like her.

Spotted at #NYCC: this #FlyLikeFaith mini-bust from @valiantentertainment, coming in 2019. ✨ When I saw it, I legitimately teared up. I love the unfettered joy on Faith’s face and the fact that she will be on the big screen soon. We NEED more fat superheroes. I love this character for so many reasons and I can’t wait to get my hands on one of these beauties next year. #beatnycc18 #fatventurers #comics

I’m not alone in that. Dietland actress Jen Ponton tells me in an email exchange that she first heard about Faith in fat activist circles in 2016, when the character got her first solo series. While Ponton didn’t grow up reading comics (for that matter, neither did I), she’s discovered characters like Faith, Etta Candy, and Amanda Waller through fat activist bloggers, and she says she hopes there are more prominent and positive fat comics characters to come.

“I think [Faith’s] moment has really come, and we are finally ready for her!” Ponton says, in regards to how visible Faith is in the Valiant lineup. “I think it may have been easier to excuse her in the past, as any kind of body diversity—particularly for womxn—has only been embraced in very recent years. We’re seeing this convergence of a demand for more size inclusion in media, along with the fact that comics properties are steadily dominating film and TV. We can’t continue to perpetuate the same outdated expectations of superhero aesthetics or sexist, gendered behavior.”

Houser also says that Faith has broken this mould: “I think Faith proves that a female superhero who doesn’t have the typical superhero figure can still find a devoted readership. The collections have particularly done well in libraries, and librarians have been such important champions of the book.”

Since Sony announced that they are developing a silver-screen adaptation of Faith’s story, Ponton has been on a social media campaign to land the role. There’s even a hashtag: #jenpontonfaith.

“No one who looks like me has ever been told that they could be a superhero,” she says. “Being a lighthouse for body love and fat acceptance is a huge part of who I am and what I do, and there’s certainly no cooler way for me to do that than to save the world against a green screen. It’s also rare for a superhero to not be broody and dark. Faith feels a lot like me—she’s joyful and confident; she’s fun and kind and full of hope.”

When it comes to fat representation in pop culture, we seem to take two steps forward and three steps back. For example, Dietland, which featured several fat characters unlearning toxic diet culture, was canceled by AMC after just one season. The same week, Netflix renewed its fatphobic “dark comedy” series Insatiable for a second season, despite a Change.org petition with over 200,000 signatures to date calling for the streaming giant to axe the program.

The Faith Herbert comics are paradigm examples of positive fat representation. The simple fact that Valiant has made Faith such a prominent character in its comics and merchandise without placing any shame or blame on her for her weight is incredible.

However, her body is still very much part of her story. “Comic storytelling is in the writing as well as the art,” Houser says. “So, just because something isn’t explicitly said in the dialogue or captions doesn’t mean it isn’t part of the story. We see Faith’s size and shape in every panel she’s in, so it’s always a part of her character and her story.”

Faith is very, very human: she maintains a double life as a superhero and a pop culture journalist, falls in love, experiences heartbreak, stands up for what she believes in and, occasionally, makes big damn mistakes. She’s just a person. Her weight does not define her.

For fat women and girls who see Faith comics on the shelves—and who will someday see her in the movies—that’s imperative. We are so often judged by our weight, and the effects are devastating. Don’t believe me? Michael Hobbes wrote about fat discrimination in medical and social situations for Highline, and the evidence he presents is staggering, even for someone who experiences this kind of bias every single day.

“It’s not everything, but seeing positive size representation in public—whether it’s through entertainment, media, leadership, or Instagram—is a major key to realizing that you, too, are worthy of being seen and heard. Worthy of taking up space,” Ponton says in our email exchange. “As we’ve seen increasing numbers of fat characters in media, viewers have been voicing their support in a major way. The more that studios and networks realize this, the more they’ll encourage including interesting, nuanced fat characters in their properties.”

Houser, too, believes that better and more nuanced diversity can only be a good thing. In our email exchange, she says, “Seeing stories about people who have never felt represented in comics before can only strengthen the medium.”

It can sometimes seem as if fat people are not interesting when we’re just human—we have to be funny or tragic or evil. We have to represent a moral lesson about the horrors of gluttony and how getting fat is punishment for being a bad person. It’s exhausting to see, and that’s why Faith is so, so special.

“I think Faith is a particularly fierce win because she is so self-possessed and confident,” Ponton says. “It is still incredibly rare to see a fat character for whom their size is not the plot—and I think Faith will really help us in overcoming those tired expectations.”