Independent Data Says Facebook is Losing Millions of Users, Let’s Talk About Why 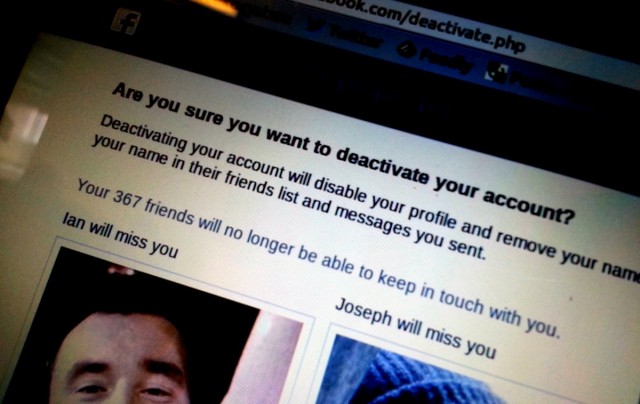 Has Facebook peaked? New data from independent analysis firm SocialBakers seems to suggest that might be the case. According to SocialBakers, Facebook’s usership is down by six million people in the U.S. from where they were a month ago. Numbers are down in other key markets like the U.K. as well. Could this be the first sign that Facebook is going the way of the dinosaurs? Or worse — Myspace?

It’s not all bad news for Facebook. Analysts are predicting that when the company reports to investors soon, they’ll reveal that revenues are up by 36% from last year. Although user numbers in the U.S., Canada, and major European markets are on the decline, Facebook is gaining ground in places like South America and India.

The worldwide numbers are on a slight decline, having peaked at just over one billion monthly users this January before falling by 20 million the following month according to Jefferies bank analysts. Fewer users are logging in, but they’re also spending less time on the site says another group of analysts at comScore.

So far all this bad news is coming from outside sources, but we’ll get a better idea of the real numbers when Facebook releases them to shareholders on Wednesday. They’ll likely focus on the positive growths in new areas rather than the markets in which they’re declining, but we want to focus on the negative a little more.

We’d like to hear from the readers if they’ve been using Facebook less lately, and if so why? In an earlier post I said I wished I could stop using it, and that’s still true. The biggest reason is that I just feel over-saturated with updates from my friends. Has society reached critical mass when it comes to over-sharing?

Another theory is that people are spending less time on Facebook because they’re spending more time on other social networks. Maybe it’s not that we’re tired of sharing, we’re just tired of sharing on Facebook and looking for something new. Or maybe the downturn is just a statistical anomaly. The decline hasn’t lasted very long, and it’s hardly a steep drop. Perhaps the ship will right itself in the months ahead. Facebook has become so pervasive in society it’s hard to imagine it dying off completely, though it’s a little easier to imagine a world where we’re not all spending so much time updating statuses and “liking” things.

(via Business Insider, image my own)