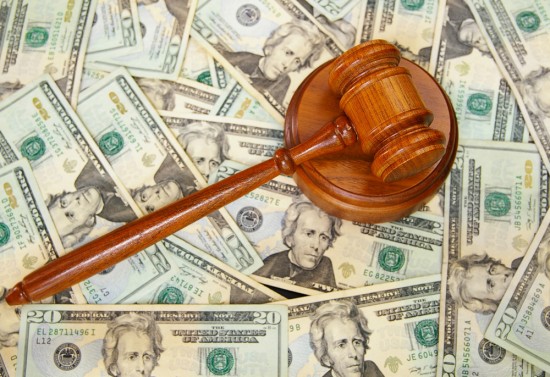 Before the Facebook IPO happened, there was a big hubbub about it. Now, several days after the social networking giant finally went public, everything is all said and done and no one will ever talk about it again. Just kidding; there’s still a big hubbub about it. Many smaller shareholders now allege that Facebook kept pertinent information from them — information that made Facebook stock look less valuable while sharing it with high-caliber investors.

The recently filed lawsuit deals mostly with Facebook’s reluctance to reveal some particular numbers during the lead up to the big IPO. Specifically, Facebook was being cagey about the percentage of their audience that accesses the network with mobile devices. On its face, that doesn’t sound like too big of a deal, but the issue is while Facebook’s hold on monetizing its desktop site is questionable at best, Facebook’s ability to monetize mobile pageviews, for the time being, is nil. That information makes Facebook’s price-to-earnings ratio seem even more out of whack, which is really saying something considering many believed the IPO price to be inflated from the start even without this information.

The plaintiffs allege that although minor shareholders weren’t privy to this information, many major shareholders were. The argument here, of course, is that if this information was material to some of the investors, it’s material to all the investors, and so the plaintiffs have called on the Securities and Exchange Commission to investigate this “selective disclosure.” Facebook is standing firm, insisting it has done nothing wrong. “We believe the lawsuit is without merit and will defend ourselves vigorously,” a Facebook spokesman has said regarding the lawsuit.

This would all be one thing if Facebook stock had proven resilient and remained at or above the $38 IPO price. It hasn’t, however, and as of this writing, it has dropped down to $32.25. The plaintiffs in the lawsuit are seeking compensation for damages incurred by said loss, arguing that the concealed information hinted toward the inevitable drop. The Facebook IPO is something of a game-changer in the world of tech IPOs, so don’t expect this issue to just go away. Those affected are sure to follow this through for their own benefit, but baring the real nuts and bolts of Facebook’s move from private to public is valuable to all of us. After all, you can’t expect that Facebook will be the last to make this move, or the last to be a little shady about it.