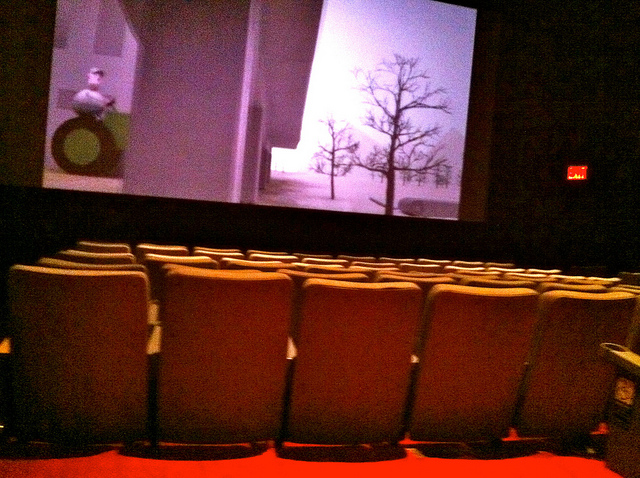 In a very “big brother” moment, TorrentFreak reports that a Valparaiso University student who was live streaming a movie from a theater had his phone confiscated after a content identification team allowed the rights holder to find and alert the movie theater to the piracy. Good to know that we live in an amazing future where cybersecurity experts can track down criminals on the fly—and that the impressive capability is being used … to keep kids from streaming movies on Facebook.

Well done, everyone. Of course, if no one did anything about it, copyright infringement would probably run rampant (more rampant than it already does), but taking it to such an extreme beyond the employees in the theater monitoring their own customers is still a little creepy. It was originally reported that the streamer was arrested, but local police have said that no arrest was made, though a police report was filed online by the theater owner.

The theater was alerted by a content detection team in India set up by BlueSky cinemas, who own the international rights to A Aa (the movie in question) and distribute Indian films overseas. Meanwhile, Facebook has been working on its own rights management implementation to go along with Facebook Live and all the copyright concerns that go along with live streaming platforms. Similar to YouTube’s (much disliked) Content ID system, Facebook’s Rights Manager allows rights holders to upload portions of their content for Facebook’s copyright monitoring system to check against streaming content and remove anything that matches.

This also means that rights holders of any video-based content that someone might stream (say, video games) could upload portions of their product that they don’t want streamed, and those parts will trip the Rights Manager system. Basically, if the owner of a thing wants you not to stream that thing on Facebook, you should steer clear of it.