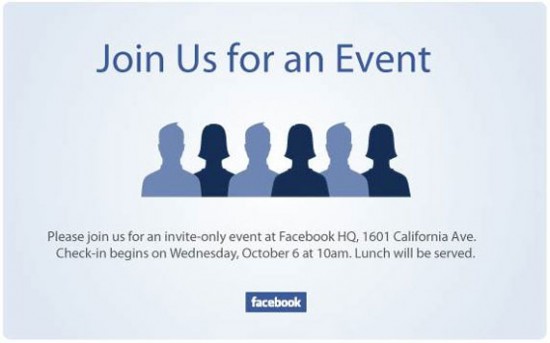 >>>Update: Check out our roundup of changes to Facebook that were announced today.

Any minute now, Facebook will make an announcement before members of the press, and it’s already been fodder for a slew of rumors. (none of these actually happened. –Ed.)

The best-sourced and most plausible is that Facebook is announcing (yet another) new look for the site. TechCrunch has it on good authority that a big redesign is in the works: “that all Profile pages and much of the rest of the site will be revamped to look more like Places pages,” which, among other things, means no top tabs on profile pages; TC claims that this will affect every major aspect of the site.

Then, there’s the Skype-sync rumor: As reported by BoomTown’s Kara Swisher, “Facebook and Skype are poised to announce a significant and wide-ranging partnership that will include integration of SMS, voice chat and Facebook Connect.” The most tantalizing possibility that’s been floated by bloggers is that this would mean integrated Skype-powered video chat. There’s even talk that the Facebook phone could get a surprise announcement, though that seems farfetched.

We’ll soon find out the details. Among others, CNET’s Josh Lowensohn and HuffPost’s Larry Magid will be liveblogging the event, so you can follow along for up-to-the-minute updates.

Update2, 1:14 pm EDT: When the announcement kicks off, this player *should* show live video: (via Facebook’s Livestream)

Update4, 1:36 EDT: We may still be in for a wait. Magid: “The FB event is in their cafeteria. It’s almost full of press but no sign of anyone near the podium.”