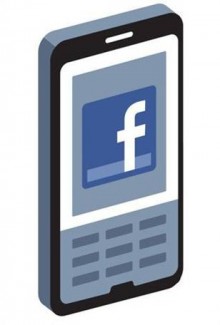 This past weekend, TechCrunch’s Michael Arrington reported that Facebook has secretly been working with hardware manufacturers to build a mobile phone. Per Arrington’s report, the project is being headed by two high-level Facebook employees: Joe Hewitt, who helped create the Firefox browser, and Matthew Papakipos, the “rockstar developer” who headed up Google’s Chrome OS project until he left for Facebook in June.

Facebook spared no time in swatting down the rumor: The company told Mashable that while it had been working on various projects to make existing phones “more social,” “Facebook is not building a phone … The bottom line is that whenever we work on a deep integration, people want to call it a ‘Facebook Phone’ because that’s such an attractive soundbite, but building phones is just not what we do.”

Given the speed and sharpness of Facebook’s response, that might have been the end of the matter, though TechCrunch neither rolled back on its report nor even acknowledged Facebook’s statement, suggesting either sureness or stubbornness on its part. The rumor may have more to it than Arringtonian speculation, however: While some tech media closed the book on the “Facebook phone” after Facebook’s denial, other reputable outlets aren’t so sure.

CNET reports that it has confirmed by consulting a “source familiar with the matter” that “the social-networking giant has reached out to hardware manufacturers and carriers seeking input on a potential Facebook-branded phone,” although it says the matter is in “very early stages and Facebook apparently has not determined whether to proceed.” CNET notes, however, that Facebook often floats ideas, a la its would-be MySpace-like music platform, that don’t materialize.

Meanwhile, The Business Insider’s Dan Frommer reports that a “plugged-in Silicon Valley source” has confirmed that the would-be Facebook phone’s OS would be built on Android, although Joe Hewitt has a complicated relationship with Google’s mobile OS: In one recent Tweet, he said that “Android tools are horrendous, OS is hideous, but the absence of big brother telling me what to do gives it a slight edge.”

Ars Technica weighs Facebook’s likely options should it decide to build a phone:

We’re not convinced that Facebook’s statements preclude some type of mobile device, like a smartphone, from being made. The most likely scenario is that Facebook would have HTC or some other manufacturer build the hardware to run a modified version of Android as described by SIA’s source. Going that route would give Facebook the shortest time to market.

“Facebook phone” is almost too juicy a soundbite for the tech media to release from its jaws after just one day, synthesizing as it does the contemporary obsessions with social media and smartphones. However, the fact that the sourced (though always anonymously so) reports kept coming in the wake of Facebook’s denial suggests that the rumor may be more than just hot air, even if, as CNET suggests, it’s presently more concept than concrete plan. It’s a lot harder to prove the absence of something than its presence — it’s impossible to prove that there isn’t a spider in the room, as they say. The “Facebook phone” will undoubtedly spawn progressively zanier Internet rumors in the weeks to come, but there still may be something real to it.