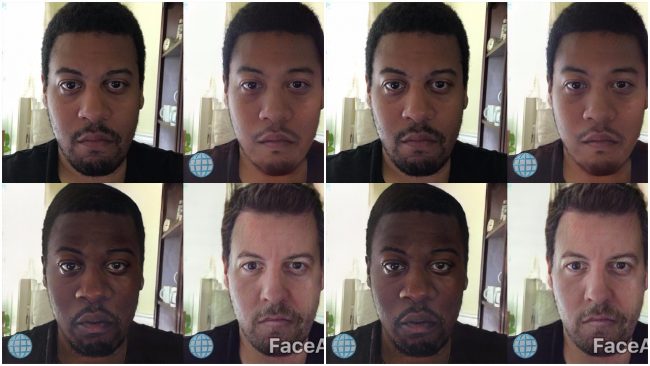 Somewhere a team of people thought this was a great idea, built it, and launched it without considering—or caring—about the consequences.

Following a backlash on social media, FaceApp has already scrambled to remove the hugely ill-conceived filters that altered users’ pictures to “Asian, Black, Caucasian, and Indian.” But the feature never should have existed in the first place.

Yesterday my friend Alex uploaded a picture he’d rendered of himself through FaceApp’s new filters into our shared group Slack. This was the first I’d heard of the app’s update, but Alex had been tracking outrage on social media and wanted to see what was going on. (Alex is the creator of a great app, Longbox, that manages your comic book pull list. Support apps that are not overtly racist!) 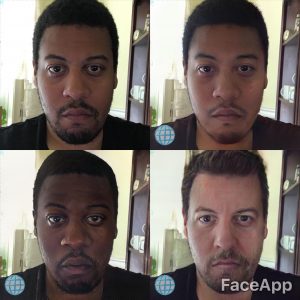 “so I downloaded the black face app, because I believe if you’re gonna be mad about something, have some context,” Alex typed to us, then posted the picture. “and hol y shit…”

Holy shit is right. For further context, the upper left-hand picture is Alex prime. The lower left is the “Black” filter, and the lower right “Caucasian.”

“that blackface is REALLY fuckin’ black,” Alex wrote. This is apparently what FaceApp deems to be ‘Black’—even on someone who is actually Black. “it made my nose wider and lips bigger, too.”

What a way to literally codify ethnic stereotypes, FaceApp. What the actual fresh hell, FaceApp.

“Man, I would love to have been a fly on the wall during that meeting,” our friend Sam responded.

And that’s the thing: all of us in the Slack chat currently work or have worked in tech, and none of us could believe this new filter made it past an idea quickly shouted down in a meeting, maybe one where all the participants were heavily drunk.

How did this concept progress through any layers on FaceApp’s team—let alone get launched with a massive push-notification?

Everyone loves FaceApp, the phone app that adds smiles and wrinkles to your friends’ faces!

We regret to inform you that FaceApp is racist pic.twitter.com/2tRSlcfWdc

FaceApp debuted to widespread curiosity and criticism after its initial build filtered pictures through old, young, and “gender-swapped” filters. As the BBC points out, the company also received pushback in April “for its ‘hot’ filter which lightened skin tones.” So it absolutely boggles the mind that this update went to market, unless we accept that FaceApp thrives on trolling its userbase, controversy, and bad press. They had to know what an awful reception the filters would receive—and they did it anyway. What a way to run a business.

The company is now responding to said trolling, controversy, and bad press by removing the filters. But they haven’t explained who greenlit such a bad idea in the first place, and how it got so far.

(via the BBC, shout out to Alex for images and testing out this mess)