For a Price, R. Senator Burr Tells Truth About Coronavirus | The Mary Sue

Apparently, for a Price, Republican Senator Richard Burr Will Tell You the Truth About the Coronavirus 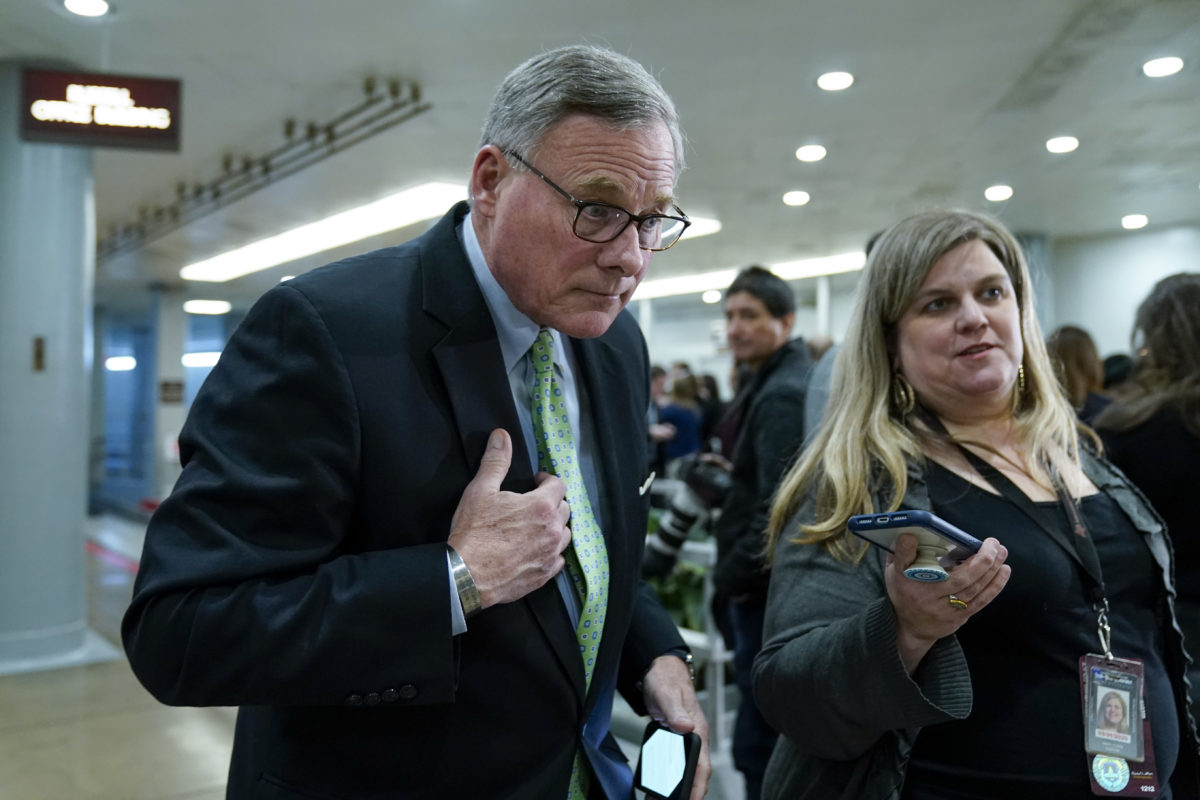 There are a lot of things to be angry about right now, but perhaps the biggest one is that this mess we find ourselves in could have been mitigated if the Trump administration and its Republicans supporters would have done more to prepare and stress the seriousness of the virus.

That includes people like North Carolina Senator Richard Burr, who apparently understood how bad and dangerous the COVID-19 coronavirus was weeks ago, but failed to speak up publicly about it, only deigning to mention it to rich donors at a private function.

Now, we know Donald Trump was warned about the virus in JANUARY and failed to do anything, but this is different. In new audio published by NPR, we can hear Senator Burr warn wealthy donors at a luncheon of the Tar Heel Circle—a business group of from North Carolina that charges $500 to $10,000 for, as the group says: “interaction with top leaders and staff from Congress, the administration, and the private sector.” Basically, these people pay for access to politicians, and here, they got it.

At the luncheon, which was three weeks ago, when Trump was lying to Americans that the coronavirus would just disappear one day, Burr was giving a far more dire warning.

Burr, the chairman of the Senate intelligence committee, who has also worked throughout his career on pandemic and disaster response, warned the private crowd: “There’s one thing that I can tell you about this: It is much more aggressive in its transmission than anything that we have seen in recent history. It is probably more akin to the 1918 pandemic.” This statement was recorded by an attendee who was shocked by what Burr had to say and decided to preserve it.

Burr warned about travel, encouraged teleworking, and more, all of this to a select few, while he remained completely silent publicly and refused to call the Trump administration to account. Again, this should come as no surprise from a senator who failed to impeach the author of this disaster, Donald Trump, mere months ago.

The thing is, Richard Burr isn’t the only one who knew how bad this could be and how bad it would get; he’s just the jerk who got caught saying so in a recording. The Trump administration has known for months and months how unprepared the U.S. was for a pandemic, according to a new report from the New York Times that shows simulations and exercises conducted by the Trump administration’s Department of Health and Human Services, where an outbreak resulted in mass casualties and outright disaster.

We are living in times of upheaval and huge economic, social, and health consequences for an unprecedented number of Americans and people worldwide. It is a crisis, but what’s worse is that this crisis could have been prevented or mitigated by swift action and statements from leaders like Richard Burr or even Donald Trump, but because of their greed, hubris, and fear, they did nothing. And now we all pay the price.