Trump Was Warned of Coronavirus Threat in January and Did Nothing!!! 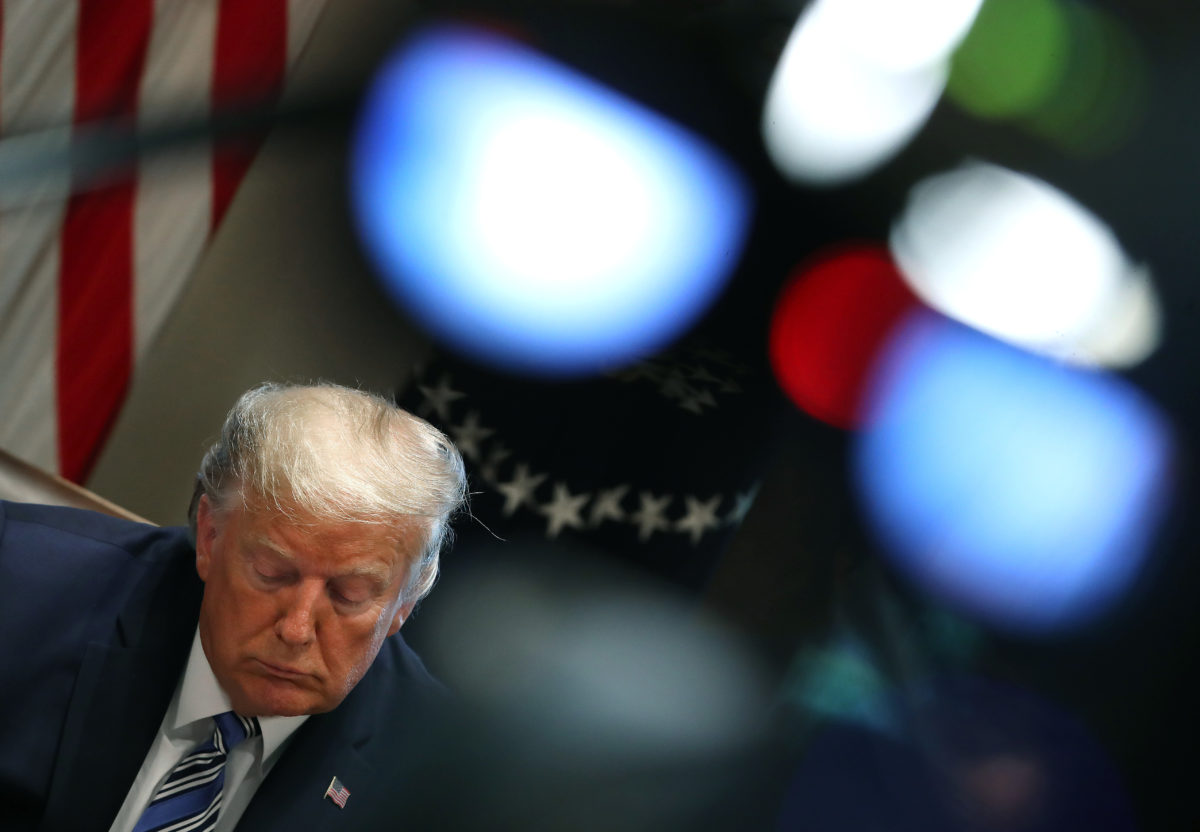 Donald Trump has been endangering lives and screwing up the US response to coronavirus for far longer than we thought. In a bombshell new interview with Politico reporter Dan Diamond with NPR’s Terri Gross on Fresh Air, it’s clearly stated that the president was aware of the coronavirus threat in January and was pushed to start rolling out testing, but he refused to do so because he thought it would hurt him politically.

In the case of [Health and Human Services Secretary] Alex Azar, he did go to the president in January. He did push past resistance from the president’s political aides to warn the president the new coronavirus could be a major problem. There were aides around Trump – Kellyanne Conway had some skepticism at times that this was something that needed to be a presidential priority.

But at the same time, Secretary Azar has not always given the president the worst-case scenario of what could happen. My understanding is he did not push to do aggressive additional testing in recent weeks, and that’s partly because more testing might have led to more cases being discovered of coronavirus outbreak, and the president had made clear – the lower the numbers on coronavirus, the better for the president, the better for his potential reelection this fall.

It’s clear that the failure here isn’t just the president but all the people around him. Conway, Azar and every stooge that continues to enable Trump’s narcissism, hubris, and cruelty.

But the rotten core of this failure is Trump himself. The idea that he wanted to minimize the number of positive coronavirus cases because he thought that would look better for election is despicable. It’s also predictable. He wasn’t focused on helping people or helping them or the small business and lives disrupted and devastated by a potential outbreak, he only cared about optics.

All Trump wanted was some good, ol’ fake news to wave at his followers. And despite his failures, that’s still what he’s getting and selling.

Fox News, the propaganda arm of the Trump administration, is doing just as much harm and spreading misinformation and downplaying the seriousness of the virus in a way that’s actively harmful. Trump himself is still on it, lying to the public about his response and the previous pandemic responses in the county.

But we must be clear, we are in the terrible situation we are in now because of Trump and his administration failed spectacularly in their initial responses to this threat. Again from Dan Diamond on NPR:

The Trump administration and health officials knew back in January that this coronavirus was going to be a major threat. They knew that tests needed to be distributed across the country to understand where there might be outbreaks. But across the month of February, as my colleague David Lim at Politico first reported, the tests that they sent out to labs across the country simply did not work. They were coming back with errors.

The problem across the country continues to be a lack of testing and communication between the CDC and local doctors. We can’t stop the spread of this virus if we have no idea who has it. And yet, the CDC isn’t getting tests out:

Since @chrislhayes is talking about Trump’s lies about coronavirus testing, let me state plainly again: I am a doctor in an area with a known nearby coronavirus outbreak. I have absolutely no way of ordering or directly accessing tests for my patients if they show symptoms.

We could have been ahead of this. We could have started testing and taking measures months ago. The CDC is understaffed and underprepared because of Donald Trump. Donald Trump was so concerned about his image and his reelection that he endangered the health and economy of the entire country for the sake of his vanity.