As if breastfeeding isn't extreme enough. 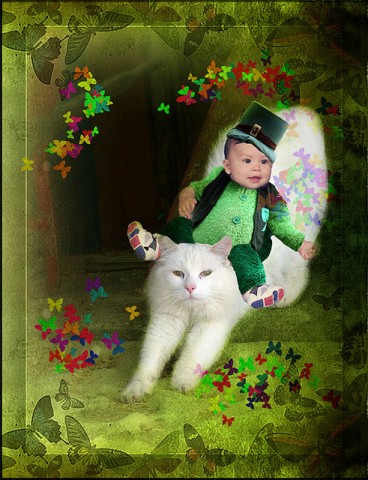 Fun fact, if you call someone “a baby” in Australia, it’s actually a compliment. Because apparently Australian babies are BMX riding, pavement-shredding badasses.

Parents and extreme-sports clubs are reporting an unprecedented surge of interest in adrenaline-filled extreme sports for very young children.

Biker group BMX Australia now has a whopping 3,000 members between the ages of two to eight, and there’s also a thriving mini-wheeler club for 2 to 5 year olds in Sydney. Says BMX Spokesman Andrew Farrell: “The kids are doing some pretty gnarly things – going more than 30 mph down the ramps.”

Skateboarding Australia has also reported an unprecedented number of very young skaters, with its membership more than doubling from 5500  in 2012 to 12,600 last year.

So Australian babies like to shred, rock climb, hang ten, and do generally gnarly shit, dude. But why?

Skateboarding Australia’s development manager Brendan Wood says extreme sports may be attracting younger children because it offers the camaraderie of more traditional athletics, without the stress. Wood claims  skateboarding lets tots have “fun with their friends in a non-competitive environment.”

Tom Heenan, a sports lecturer from Monash University reiterates, ”Extreme sport is seen by kids as cool and by parents as safe. It’s lost its fear factor.”
This new acceptance of adrenaline-filled athletics could be due to the Internet providing today’s kids with an unprecedented access to videos of daredevil stunts. Or maybe it’s just because Australia is a pretty extreme place in general.
Regardless, The Australian Sports Commission promises extreme sports will be a huge coming trend in the next thirty years of sportsing– partially because parents have been influenced by their babies to also try shredding, surfing, climbing and being gnarly.
That’s crazy. The only thing more jarring than the thought of a baby rappelling down a cliff or landing an ollie, is the thought of their parents doing it with them.
Regardless, I think it’s time for North American babies to kick it up a notch, sucking orange slices on the sidelines at a soccer game isn’t doing anything to fight our “Fat American” reputation. Hey American babies: start parkouring!
(via The Sydney Morning Herald, image via ihave3kids)
Micropetasosmed