Language Acquisition Could Begin In The Womb | The Mary Sue

Babies May Start Acquiring Language While Still in the Womb 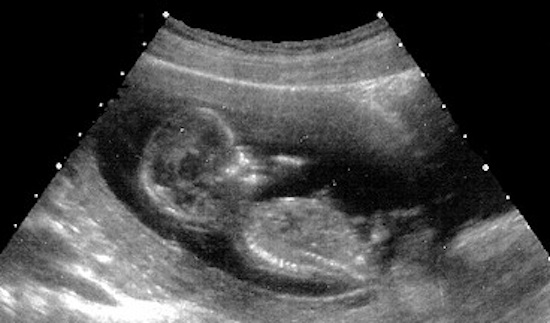 Expectant parents replacing respected epithets with things like “the F word” may want to start being more careful how they talk in front of  their children earlier than we’ve realized. That’s according to a new study showing that at just a few hours old, babies’ brains can tell the difference between the sounds mother’s native language and one they haven’t been exposed to. Those early processing differences show that that primitive language acquisition may begin while children are still in the womb.

Researchers have known for some time that babies just a few months old can distinguish between language sounds, but author Christine Moon of Pacific Lutheran University in Washington says that these results push the timing back much farther than anticipated.

“This is the first study that shows fetuses learn prenatally about the particular speech sounds of a mother’s language. This study moves the measurable result of experience with speech sounds from six months of age to before birth.”

In the study, researchers looked at 40 infants just hours old who were exposed to the sounds of their mothers language and a foreign tongue. Even fresh out of the womb, babies showed more interest — measured by sucking on an electronically-monitored pacifier — in the sounds of their mother’s language than in other languages. That, the team says, shows that babies are hearing — and engaging with — a mother’s voice and language in the womb, and perhaps as early as 30 weeks into their development.