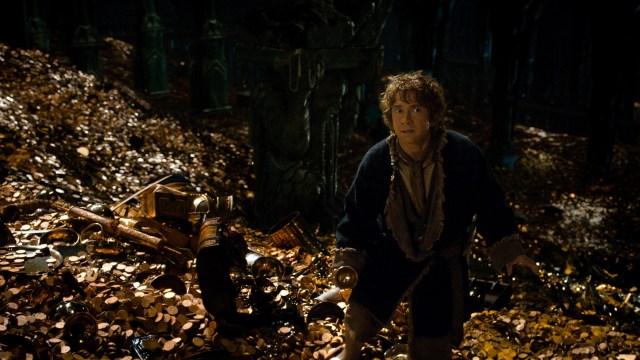 If you want to be stuck in a movie theater seat until your 111th birthday, Peter Jackson has your back. The extended edition of the Hobbit trilogy is coming to movie theaters, and you’ll never see the light of day again.

Fathom Events and Warner Bros. are partnering to present the extended editions of all three Hobbit movies. Shown over three nights, the epic Peter Jackson trilogy will be the first time the extended editions have ever been released in theatres. Also included will be an exclusive introduction by director Peter Jackson. First night showing starts Monday, October 5th, 2015 at 7:30pm local. Tickets will be regular admission prices for each movie.

It’s currently unclear when each movie will be shown, but The Battle of the Five Armies looks set for Tuesday, October 13, so it seems the three films will be spaced out on separate nights over the course of the week. There’s no word yet on whether that’s because you’ll need a rest in between or simply because the movies are several days long each, but we’ll keep you posted.

OK, fine, they are not actually several days long:

The event isn’t even listed on the Fathom Events page yet, so details are scarce, but you can keep checking it to see when specific theaters, dates, and times are posted. Will you be buying tickets? Are you excited for a theater viewing of the extended versions of movies that were widely regarded as too long for their source material? Is the answer in the question? Discuss!