Expendabelles Gets A Male Director, We Learn Of An All-Female Delta Force Film 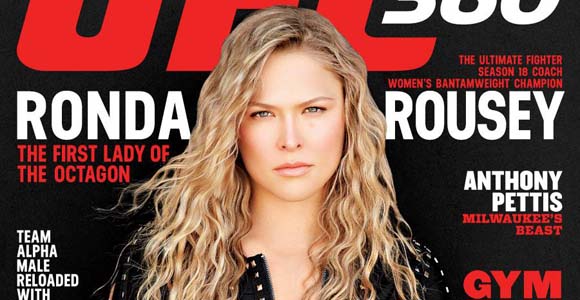 The long-discussed Expendables spinoff, The Expendabelles (you either love that title or hate it), has finally wrangled a director. We were hoping for a lady to lead this all lady team but this gentleman has directed a film we love so we can’t be too mad. Read on to find out who he is, plus details on what could be another badass lady-fighter film.

Legally Blonde director Robert Luketic is the one charged with making sure some awesome ladies show up those other action stars at the box office. Deadline says, “The move re-teams Luketic with his Legally Blonde scribes Kirsten “Kiwi” Smith and Karen McCullah, who wrote the original screenplay for the female action comedy spinoff.” To be fair, he’s also directed some so-so films but we’re hoping the whole Legally Blonde team will hit one out of the park here. Though we admit, someone like Kathryn Bigelow would have been even cooler.

Just to be clear, this project is not to be confused with another, as-yet-unamed Expendables-like film which actually got the jump on this one for their proposed all-lady action flick. That one has Katee Sackhoff and Gina Carano, The Expendabelles has yet to sign anyone up, though there was a rumor of Meryl Streep being involved.

A spokesperson for Millennium Films said that the log line has changed. Here is their new one: The Expendables universe has a new team. An elite group of highly trained female mercenaries are brought together for a covert hostage rescue mission. Once they are behind enemy lines, the women discover that they will also need to topple an evil dictator bent on world domination. It becomes clear there there is no such thing as the right man for the job. The Expendabelles is the ultimate story of female empowerment and kick-ass teamwork.  So, there you go.

Meanwhile, we’ve just heard of a new project called The Athena Project, a film meant to showcase Ronda Rousey’s Ultimate Fighting Championship abilities. Empire writes, “it follows a top secret, all-female Delta Force team that carries the titular code name. They’re sent to hunt a master terrorist after a bombing in Rome, but once in the middle of the mission, they discover that there’s much more at play than was originally thought. It’s early days for the project right now: Warners is only now locking in the deal for Brad Thor’s novel, and it still has to find a writer to work on the script.”

Rousey has a role in the upcoming Expendables 3 and Fast & Furious 7.