Exclusive: A Closer Look at Newest Green Planeswalker, Vivien Reid, and a Refresher on What the Colors of Magic Are 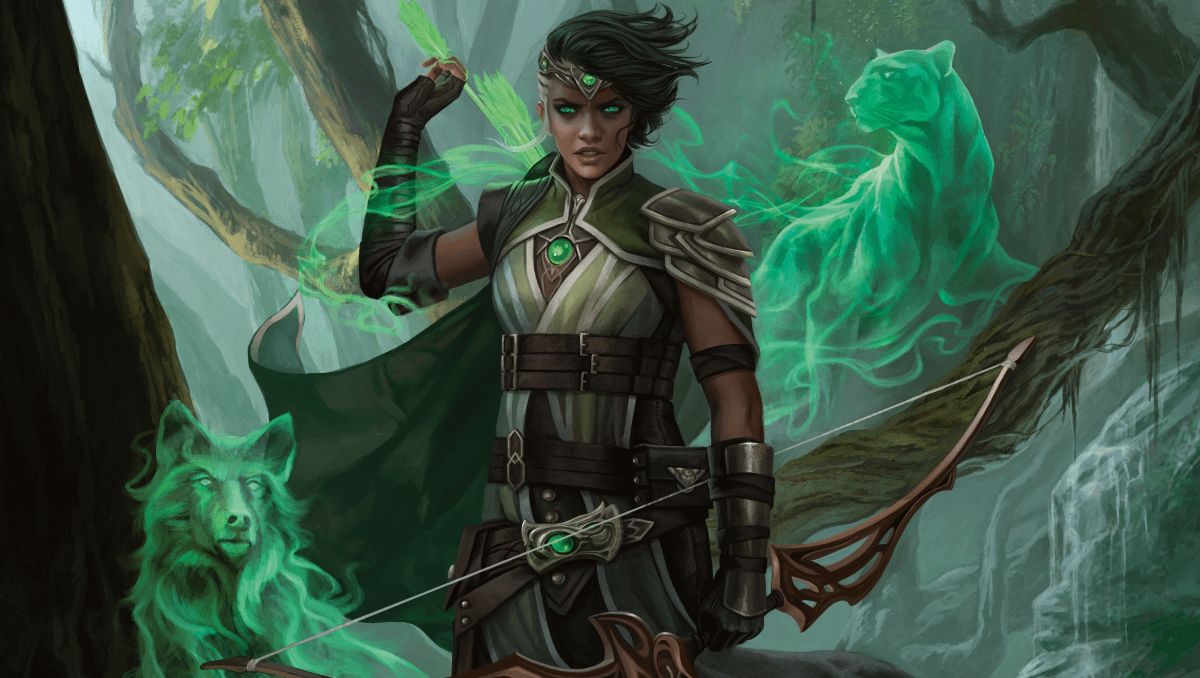 Earlier this week Vivian Kane revealed Magic: The Gathering‘s new Planeswalker, Vivien Reid, part of the Core Set 2019 card set. The new set will be available to the public on July 13th, but fans at GP Vegas will be able to play with the M19 Planeswalker Decks starting today. For those who aren’t able to make the event, you can purchase Planeswalker Decks for M19 early at Core Set 2019 Open House on June 30-July 1. Magic has graciously given us some more exclusive artwork of it’s newest Green Planeswalker and her Jaguar. 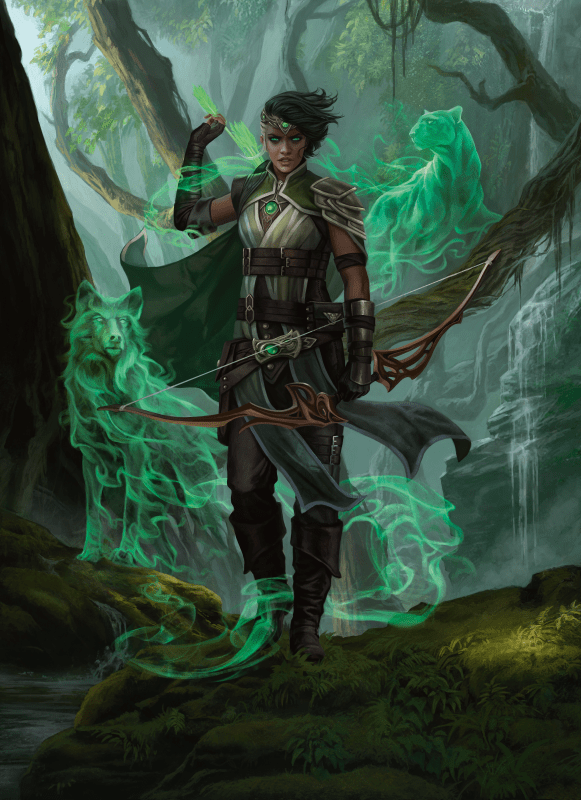 For those who don’t know much about Magic: The Gathering, here is a little bit about why this new Core Set is so cool. It’s the first time that Magic has released five different Planeswalker Decks for a single set, and the reason for it is because people really identify and revolve their Magic decks around one of the five colors of magic color wheel: white, red, black, green, and blue.

White cards represent order, life, and peace; they are usually used around a defense-based deck so instead of powerful attacks, a lot of the cards find ways to give back life to creatures, prevent attacks and destroy items that may be empowering your enemies. Because of that, it can be one of the most powerful when used strategically, but it takes time, especially since it tends to favor smaller creatures.

The red cards represent chaos, passion, and, of course, fire. Red cards are highly destructive, which is great as long as you don’t burn yourself in the process. Direct damage, scorched earth red cards are really effective for aggressive players who believe the best defense is a good offense. However, it doesn’t really help you when it comes to getting rid of enchanted items that may be on the field and just like all fires, there is a chance that it may end up burning you back. 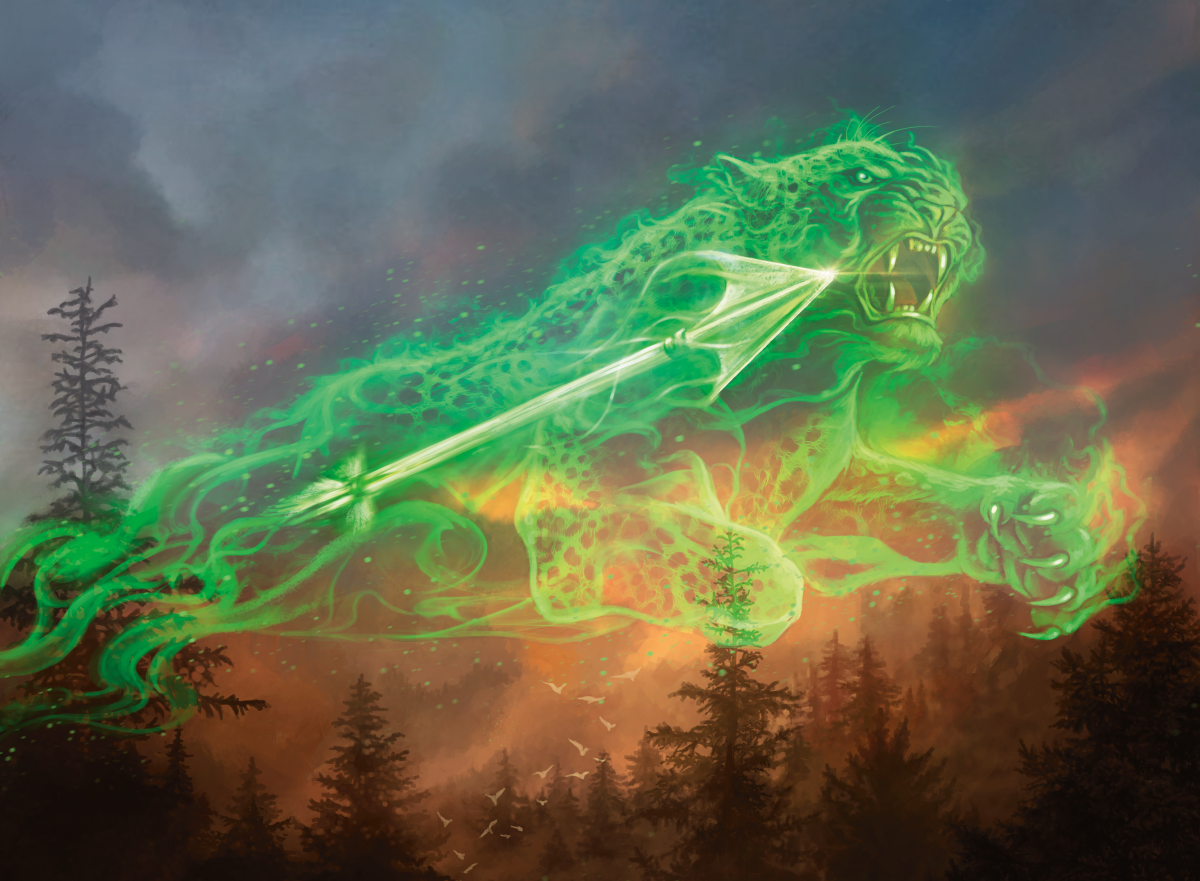 While black cards are not inherently evil, there is a lot of death in them. Vampires, ghouls, and special ability “Deathtouch” which allows you to send cards to the graveyard. Much like red, they are offensive cards that don’t really help against magical items and require sacrificing a lot in order to access certain abilities, but when they work, Sweet Christmas, do they work.

Blue Cards, being based around water and magic are, unsurprisingly, the most malleable of the color wheel. While blue cards tend to be weaker than others, but they have abilities that are hard to block and are super effective. Much like white cards, a lot of the abilities are about nullifying and stalling your enemies so that you can plan a counterattack.

Which then brings us to green cards which are about nature, but also instinct. They are the most balanced of all the Magic cards, having characters with powerful offenses, but which also can destroy artifacts and usually require low costs to do effecting spells. The only downside is that because a lot of their abilities revolve around powering up the defense of weaker cards, they have little protection once you get past their defenses.

Vivien Reid aka Vivien of the Arkbow is the first Green Planeswalker in the past few years. Planeswalkers are essentially magic welders who use the various spells, artifacts, and creatures in the game to defeat their enemies. As one of those people who doesn’t use skill moves in Pokemon games, I mostly have a deck of black, red, and some blue cards. My fighting style in games is much more aggressive than my own personality.

One of the things that drew to me Magic: The Gathering is how intense but fun the gameplay is once you get a hold of it. Not to mention, even if you go through a lull of not playing, the artwork on the cards is so fantastic that you want to keep boxes of them anyway. This upcoming set promises to be one that can work with new and old players, so if you have been thinking about dipping your toe into the world of Magic, this new set is the perfect entry into the world. As someone who has been playing on and off for five years, I can tell you, it’s very addicting.

For all the Magic players out there, what color decks do you play with? For the noobs, which color sounds more like you?

(image: Magali Villeneuve/Wizards of the Coast)