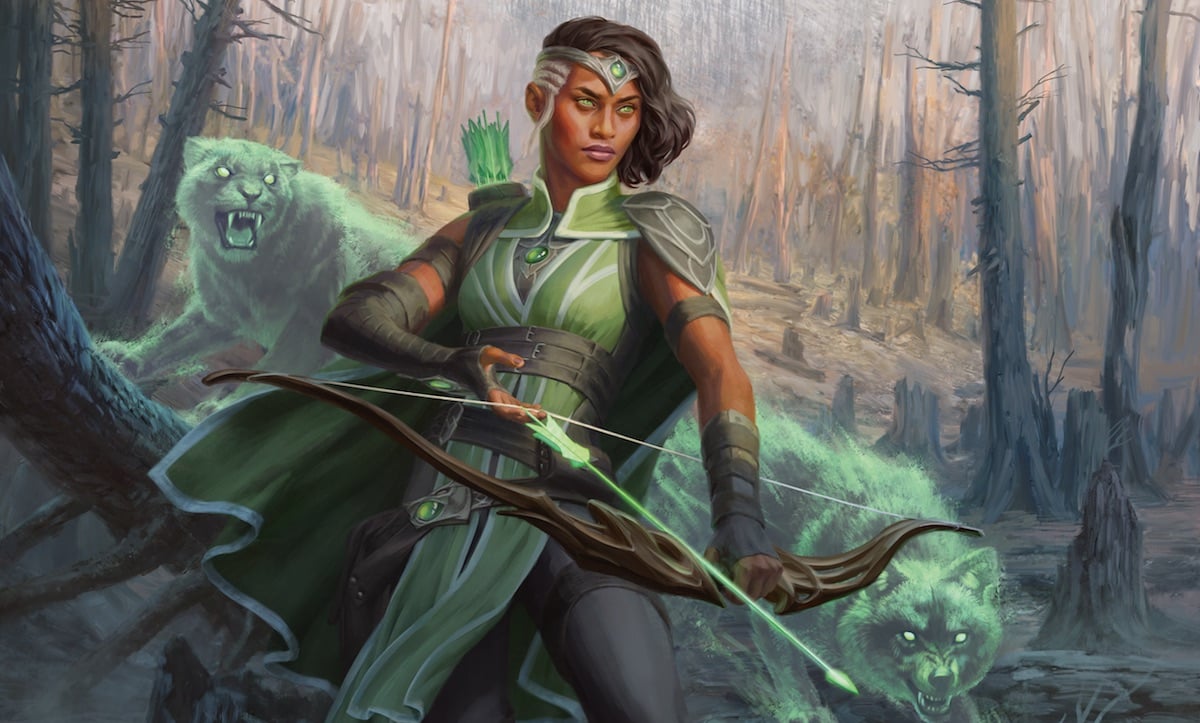 Just ahead of the release of the highly anticipated Core 2019 set, Magic: The Gathering is giving Mary Sue readers an exclusive look at a brand new character. 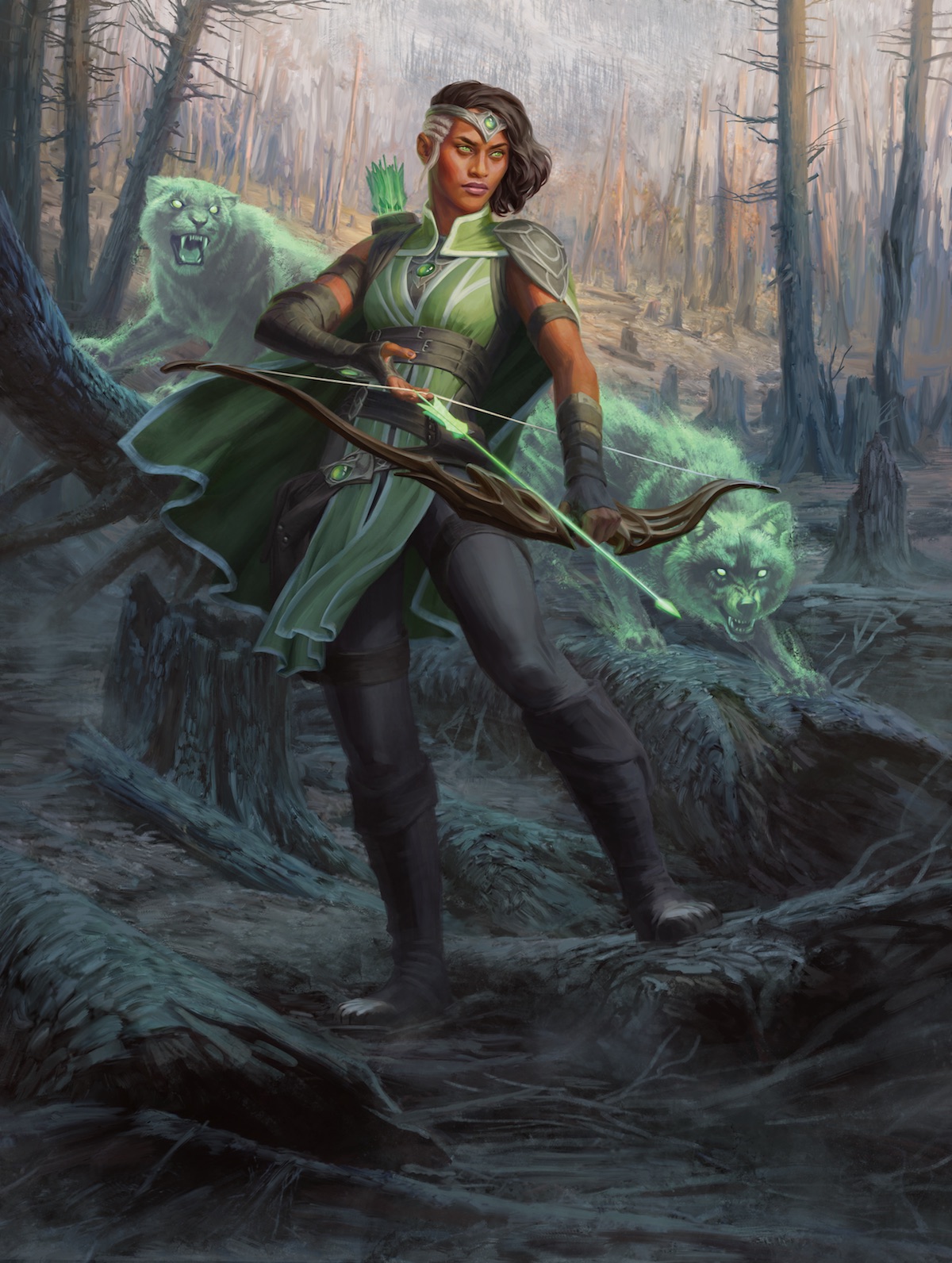 Born on Skalla, Vivien is part of a tribe of rangers and druids known as the Smaragdi, who protect the wilds of that plane from the growing destructive civilization.

Vivien has a special bond with the animals of the forest, which manifests in her Arkbow. Wizards of the Coast Principal Game Designer Jenna Helland explained to me, “The essence of every creature from Skalla is contained in that bow, and those creatures live on through Vivien. Now that she’s a Planeswalker, she can also capture the essences of creatures on other worlds (but only under specific circumstances). Vivien is a fierce protector of all creatures, of wild places, and of anyone who is threatened by a force greater than them.” 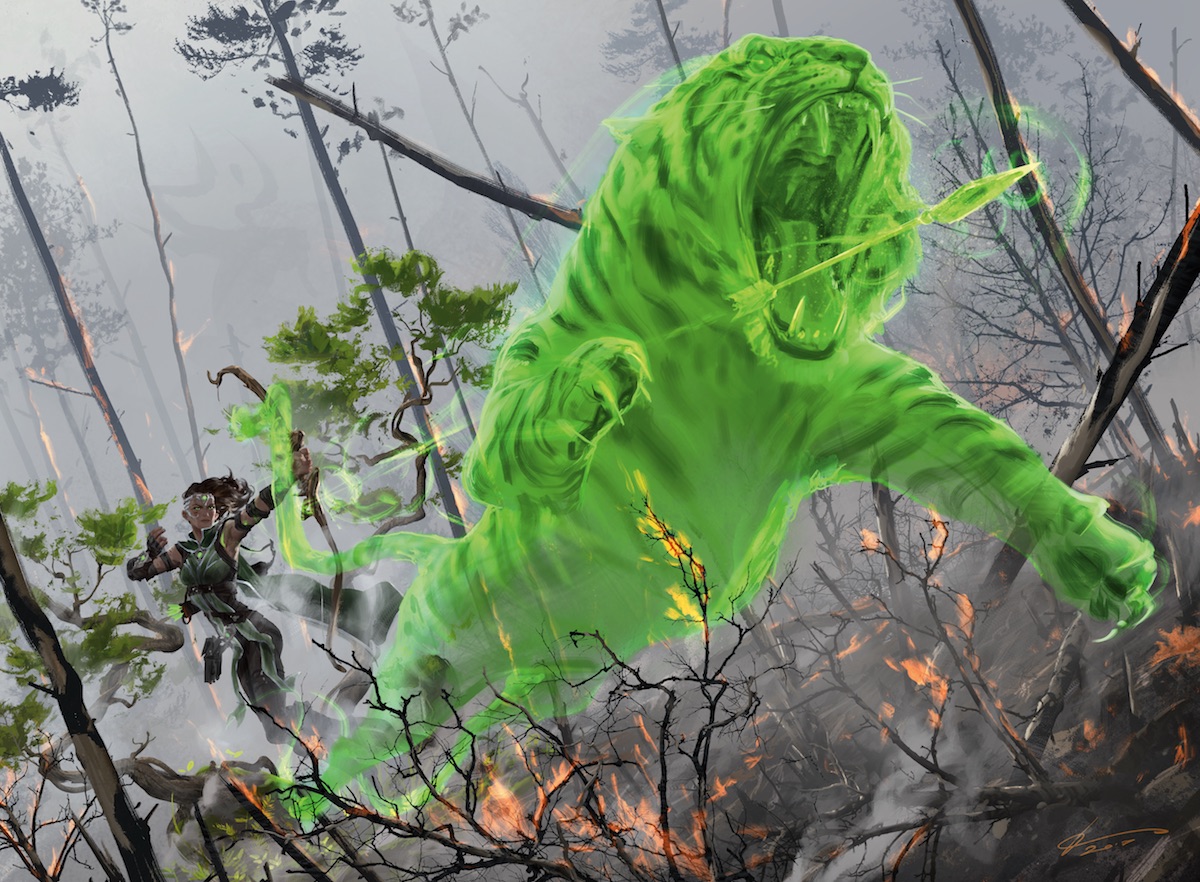 Vivien is the first Green Planeswalker to be introduced since 2009. “In 2017, there was a small team of art directors, concept artists, and writers who were tasked with creating a new green Planeswalker who mechanically cared about creatures,” says Helland. “Beyond green-aligned and creature-centric, our goal was to hit an archetype that we were missing in green. So Vivien became our bow-carrying, animal-loving ranger. Because she first debuted in M19, we wanted a character who could have a connection to Nicol Bolas, and that’s why we created the backstory about the destruction of Skalla.” 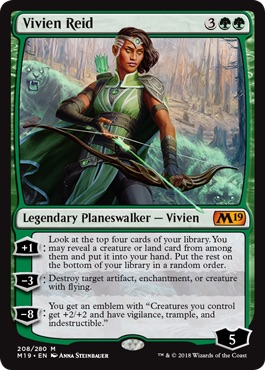 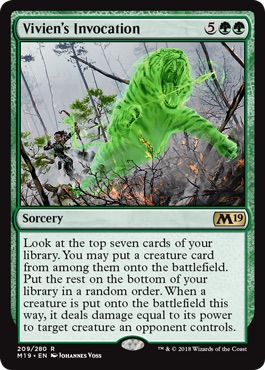 Core Set 2019 is set to be released on July 13th. It will feature the notorious evil elder dragon Nicol Bolas, and all five Planeswalkers in the set, Ajani, Tezzeret, Liliana, Sarkhan, and Vivien, have come into contact with him and been “profoundly affected by his machinations.” Helland promises it’s a fun theme for the set.

Core Set 2019 is said to be a great entry point for new or lapsed players. If you want to learn more about Planeswalkers, Helland suggests you check out the expansive collection of web fiction at mtgstory.com. Towards the end of the summer, a new story dedicated to Vivien Reid will be introduced, written by “one of the newest, best fantasy writers around.”

What say you Magic fans? What do you think of this new Planeswalker?

(images: Wizards of the Coast)