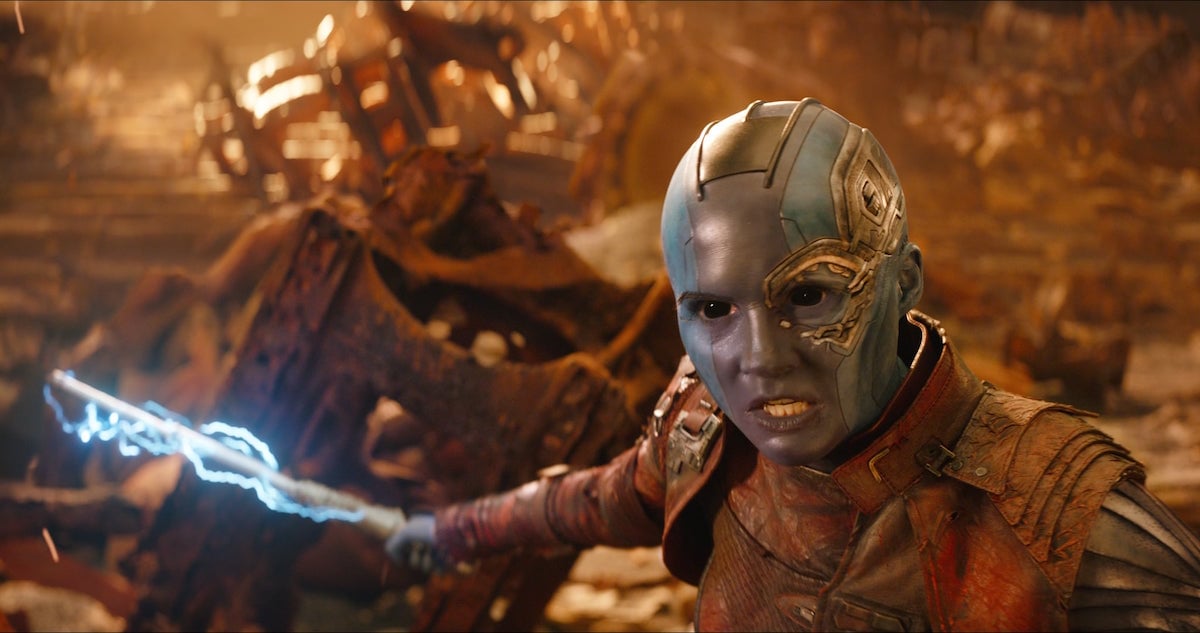 The battle between our favorite superheroes and their fantasy football leagues rages on. With each new week, the stars of the Marvel Cinematic Universe (and other superhero properties) take to the fields (metaphorically) to raise money for charity. Now, in week 14, we’re down to a few heroes fighting for the top spot for their charity of choice.

Trash talk has become something of a fun game between our favorite stars. In the beginning, Ryan Reynolds and Robert Downey Jr. sent each other videos psyching each other up for their big games. (I still want that Robert Downey Jr. cookie though.) This week, Nebula herself is read to take on Reynolds no matter what it takes.

An EXCLUSIVE video of @karengillan trash-talking @VancityReynolds and @prattprattpratt? We love to see it for the #AGBOSuperheroFantasyLeague! Check out our article on Ryan and Karen’s tie! @AGBOfilms https://t.co/MwDrPFOMm6 pic.twitter.com/aPtFxkGLiY

Oh…oh well…I guess Karen Gillan killed Chris Pratt with a flame-thrower in the name of charity. Well, you have to do what you have to do to win, even if that means murdering Chris Pratt when you are, in fact, playing Ryan Reynolds this week. (Does murder stick in a happy place? Are we all now witnesses to Karen Gillan committing murder? Who is to say.)

Playing for Mikeysline, a non-judgment helpline for peers, Karen Gillan has been seriously in the game since back in September and you know what? I’m rooting for her! Gillan, in her very sweet yet fun manner, had this to say to get ready for her big match against Deadpool star Ryan Reynolds.

Who will win and take home the prize for their favorite charity? We’ll have to wait and see but already Nebula and Deadpool have taken out Spider-Man, Captain America, and Iron Man, so things are getting pretty heated in the league!