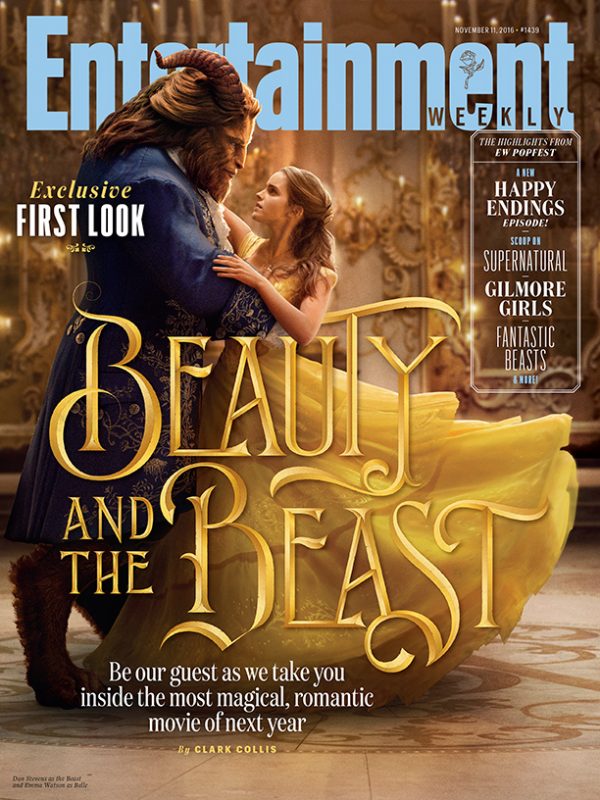 Entertainment Weekly shared some new images from the upcoming Beauty and the Beast live-action movie and they’re definitely incorporating some classic Disney.

It’s our first official look at Dan Stevens’ Beast as he dances with Emma Watson’s Belle in the same outfits as their animated counterparts. We saw some leaked images back in September (now taken down), which were incomplete and, well, not that great. The couple looked stiff and the Beast seemed off. The cover is significantly better, with the two displaying some kind of chemistry and an abundance of warm light.

This issue of EW includes interview with the cast (Ian McKellen unsucessfully tried to make his own song that goes “My name is Cogsworth!/And I’m a clock!/Ticktock!”), the costume designers, and Alan Menken and Tim Rice who wrote the film’s new songs.