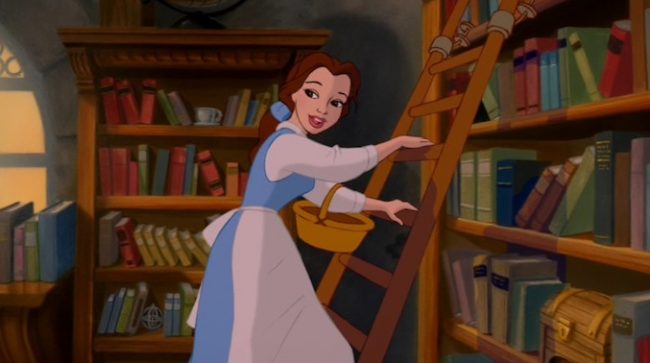 [Editors Note: This image was removed at the request of Disney]

In the upcoming live-action adaptation of Beauty and the Beast, Bill Condon promises all the magic of the classic with a technological update. Music from the original Disney movie will take us back to the 1991 film while new songs will expand that world.

From the new photo above, it seems like the movie will borrow a lot from the animation as Emma Watson on the bookshelf perfectly mirrors the “Belle” sequence. We also got an image of Dan Stevens’ Beast who I’m sure looks as awesome and endearing as he did in my childhoo-

[This image was removed at the request of Disney]

Did anyone else forget that the Beast has horns? Because I definitely did. It makes him significantly less cuddly looking. Does this look stiff and uncomfortable for anyone else? Anyone? Does the idea of seeing this CG monster fail at using utensils feel less cute and more weird than anything else? Also, if this is supposed to be the dancing scene, neither of them seem very excited to be there. This still image has all the chemistry of two elementary school children yelling about cooties when they’re forced to hold hands during PE.

I’m having a bit of trouble believing this is a finished image because Jean Cocteau’s live-action Beast in 1946 was less off-putting. Also, the realistic images of Cogsworth and Lumiere that surfaced not too long ago give me a lot of hope for the movie visually—though we’ll have to wait until March to see the final product.

What do you think about seeing these classic scenes in live-action?
(via io9)
Want more stories like this? Become a subscriber and support the site!