Everything We Know About Supernatural’s 300th Episode 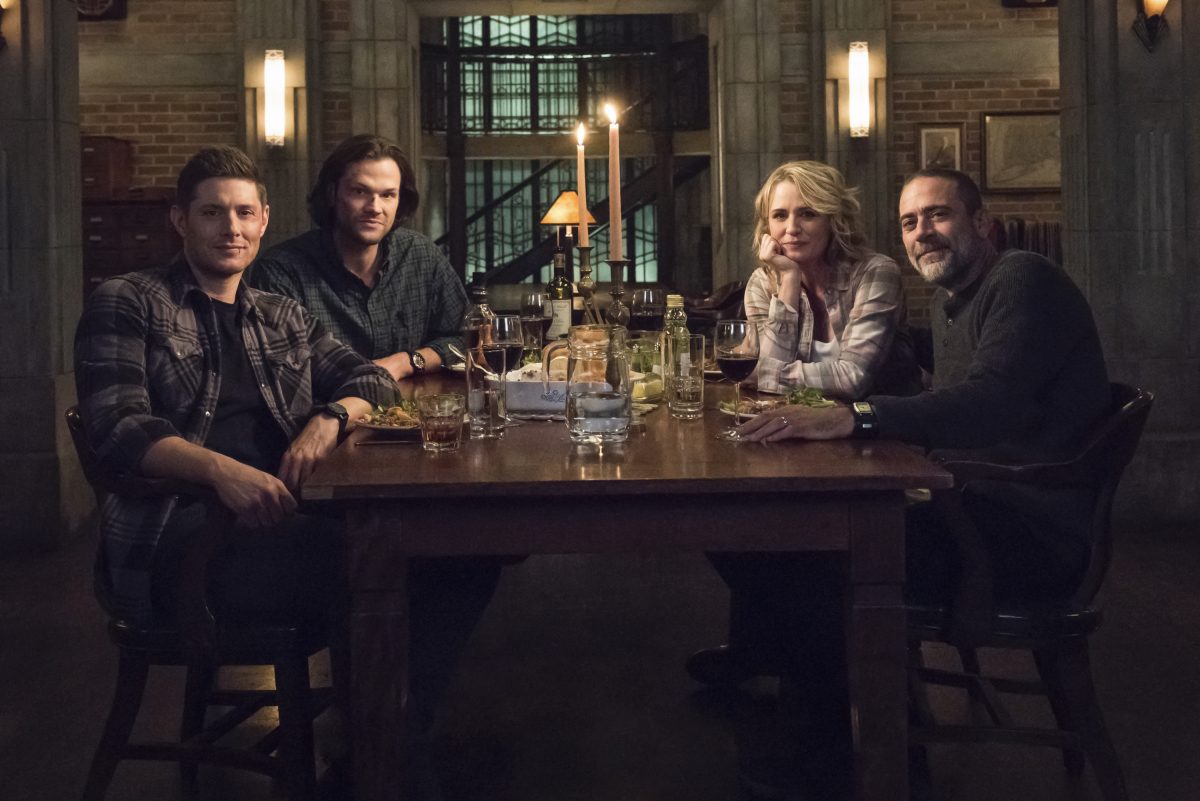 Last time Supernatural hit a century mark, we got a musical version of the Winchesters’ lives performed by high school girls. Episode 200, “Fan Fiction,” was a subversive and fun love letter to the fans, but what will episode 300 bring when it arrives on Thursday night?

A major reunion, for one.

More than that, we’ll have alternate timelines, wishes, and everyman views of the Winchester brothers. The episode, written by showrunner Andrew Dabb and Meredith Glynn, is titled “Lebanon” and will certainly pack some emotion. It sounds like a lot, so let’s break down everything we know.

Back at San Diego Comic Con, Dabb teased the 300th and how it compares to the other big milestones the show has hit: “It’s interesting, because episode 100 was really just a normal episode of Supernatural. It was a myth episode, and there was nothing very meta about it; 200 went very much the opposite direction, where it was all kind of meta,” Dabb reflected. “I think 300 occupies a little bit a middle ground.”

According to Dabb, the 300th will showcase “a way to kind of look at our guys through a different lens and the life they lead,” in a way that will hopefully be “a love letter to the show and a love letter to you guys, hopefully through some different point of views.” Since then, we’ve learned that there would be some big returns in the episode.

At the 300th episode celebration, co-showrunner Bob Singer teased that the people of Lebanon “don’t quite know what these guys are. We’ll see the town for the first time, and then something happens that kind of turns the story on its head with a guest star that I think the audience will be happy to see.” 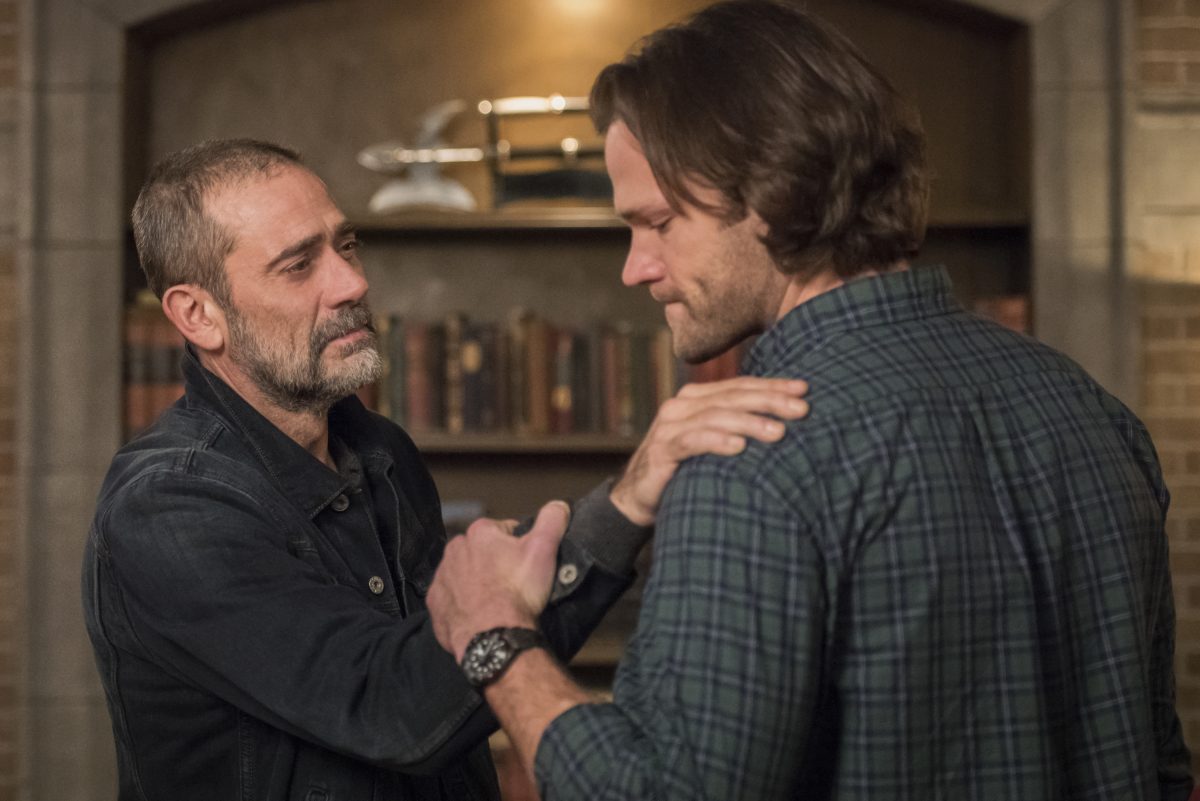 It was revealed at the end of the episode’s filming that Jeffrey Dean Morgan, Papa Winchester himself, would return in the episode to be reunited with his boys. This is a return fans of Supernatural have been awaiting for over a decade.

As a refresher, John Winchester died at the beginning of season two, trading his life for Dean’s (Jensen Ackles) and dooming his own soul to hell. No worries, though, because John managed to climb out of hell at the end of that season and help his sons finally defeat the Yellow Eyed Demon that killed their mother and started this whole epic ride. Since then, John has only appeared as a voice or as a younger version of himself (played by Matt Cohen).

It’s understandably been hard to get Morgan back to carry on with his wayward sons. He’s been busy with films like Watchmen, Batman v Superman, and a few television shows including one you might have heard of involving zombies. Morgan also owns a ranch where he raises donkeys and the odd emu. This doesn’t have anything to do with Supernatural, but we’re obsessed with how much love he shows for his critters on Instagram.

Morgan told Entertainment Weekly that returning to the role of John was easy: “To step into it again, it’s like wearing an old pair of boots. I’m friends with these guys so it’s a joy to come in. Today was my first day and you just kind of sit down and do it.”

Morgan was always willing to return to the show for the right story, and also for a chance to resolve things with the boys. “The relationships between these three men were so open, so if I was going to come back, it would be nice to have some closure, especially with Sammy. So it went from there, and we worked it out to where we think it’s a good story and a really good way for John to come back into the fold,” Morgan told EW.

John Winchester has always been a complicated and divisive character; on one hand, he was a demon-hunting hero, but on the other, he was, as Dean called him, “an obsessed bastard” whose treatment of his sons wasn’t always great, what with all the abandonment. However, he was man who lost the love of his life. Seeing John’s reunion with Mary (Samantha Smith), who has been back in the land of the living since the end of season 12, is going to be particularly emotional. 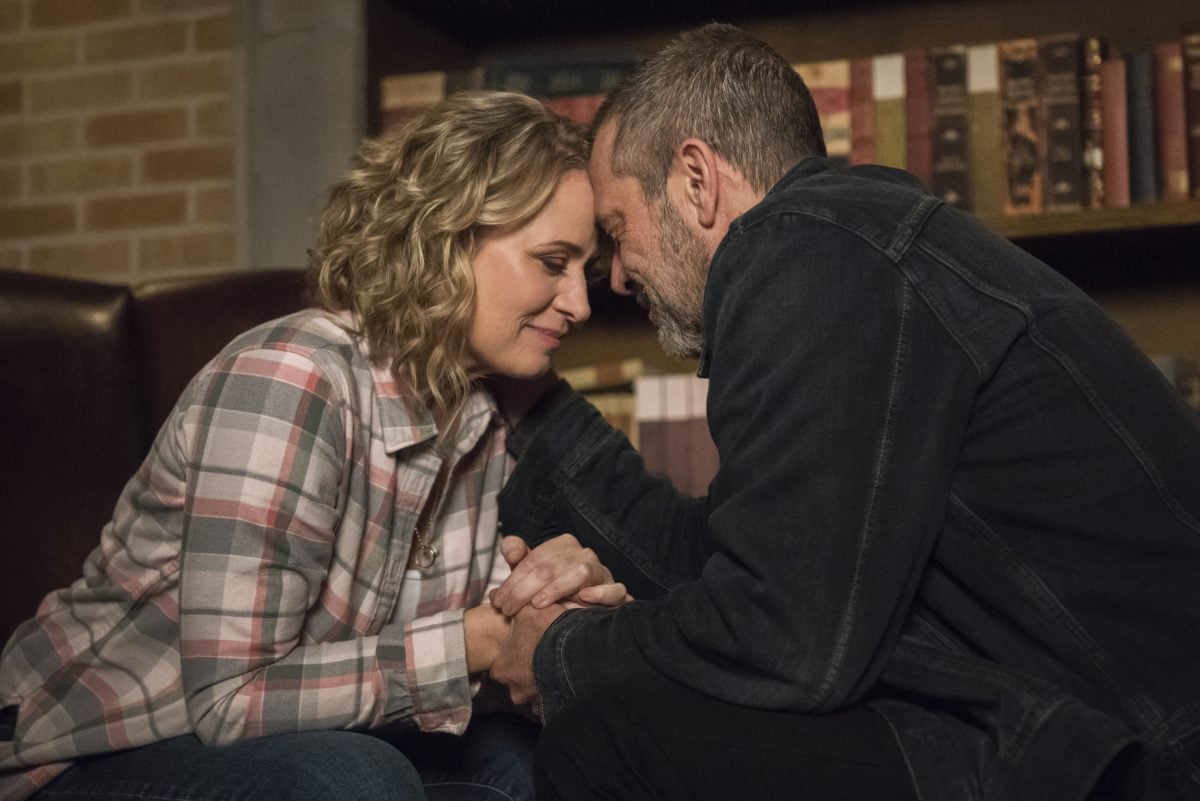 John isn’t the only return we’ll see. Kurt Fuller is back as Zachariah, Castiel’s douchebag angel boss who Dean stabbed in the face back in season five. He’s there along with a very different version of Castiel (Misha Collins)—the dutiful soldier who obeyed every order until he met Dean Winchester.

We’re very happy to have Collins in episode 300, since we missed him in episode 200. Cas was there; he was just played by a teen girl who just happened to be dating the musical’s Dean. Fans shouldn’t expect any ship nods like that in the 300th episode, though, as Collins laughed at the 300th party that “I don’t think we’re going to throw that bone.” There are other issues at hand, like why is he paling round with his dead boss and looking so serious?

According, to this sneak peek clip, they guys have access to some sort of wish, which Dean wants to use to get the archangel Michael out of his head. (Literally). Of course, nothing ever goes quite as the Winchesters intend. With Cas reset to factory defaults, Zachariah alive, and John back, does that mean Dean accidentally wishes something that changes the past? We’ll have to wait and see. 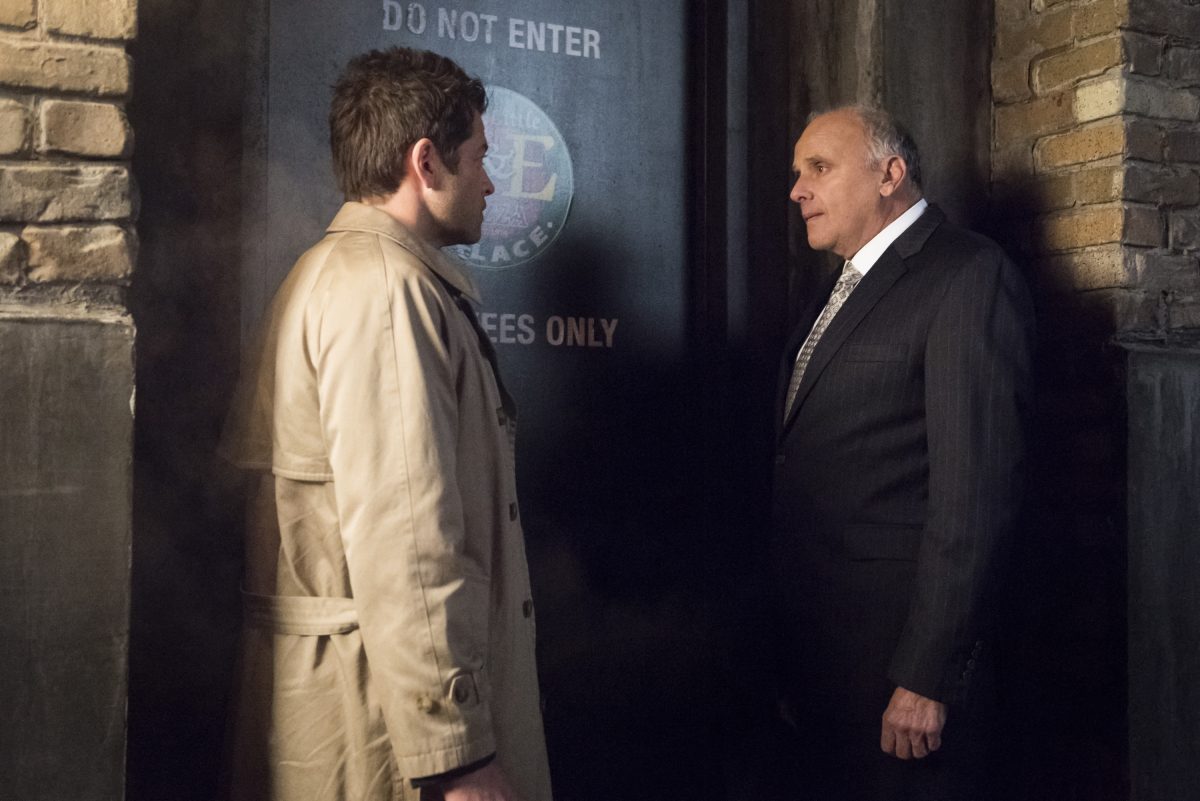 One thing that is certain, now that the show has been renewed for an insane 15th season: There are more adventures to come for the Winchesters. I don’t think anyone would have guessed this little show would hit 300 episodes with no end in sight—even the producers. “Not in my wildest dreams,” Bob Singer answered when asked if he could have imagined this back in 2005 when the show was starting, “but it doesn’t seem like 14 years ago in an odd way. We’re just plowing ahead and all of a sudden, it happens.

With the support of a passionate fanbase, an awesome crew, creative writers, and a fantastic cast, more stories will just keep coming.