Everything I Love Is Problematic 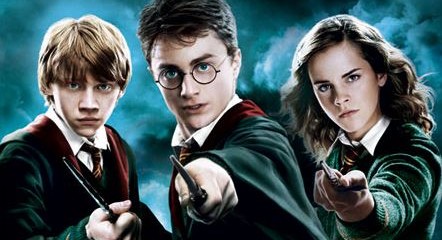 Everything I love is problematic, I’m realizing. Star Wars and Harry Potter don’t have enough diversity. Every person in the comedy group Monty Python is a white man. Pitch Perfect 2, Mean Girls, and Family Guy have jokes that are offensive to many groups of people. Bill Cosby, H.P. Lovecraft, and Marion Zimmer Bradley were not good people. I can’t wear my Jayne hat without worrying a little hate will leak into my ears through that adorable pompon. In short, just like people, no media is perfect.

Everything is problematic, including this post. As a white, straight, able-bodied, cisgender woman, I have huge blind spots, and I am privileged. And I am part of the problem.

Privilege can mean a lot of things, among them that you see people like you represented in media of all sorts – and that you’re given more opportunities than others, based not on merit but on your identity. It’s part of my privilege that I’m even writing this article. Every day, as a child and now, I have been able to see myself reflected on TV and in movies and books. Even when I’ve seen white women portrayed as lesser than men, I’ve still seen them. I don’t know what it’s like to look at Star Wars or Harry Potter and not see a single person who reflects my life. Even though I often worry that no matter what I’m doing, I’ll fail, I want to be part of the solution. So what I’m doing is this: I’m trying to be aware of my privilege, I’m trying to be a better ally, and I’m trying to raise my kids to be better people. And a lot of that starts with how I appreciate, discuss, curate, and learn from my fandoms.

One of the coolest things I see happening a lot right now is older fandoms being reinvigorated in a more diverse way. Whether it’s the not-all-white-dude casting of Star Wars: The Force Awakens, a female Starbuck, Furiosa kicking ass with a prosthetic arm alongside Mad Max, or seeing four female Ghostbusters, Hollywood is moving toward better representation. There’s still a lot of room to grow, of course, and this list is further evidence of people seeing their own issue most clearly. I’m very concerned with the roles women get in entertainment. But it’s also important to be concerned with intersectionality: the fact that different categories of identities overlap and interact with each other.

Representation matters, and the media we consume should more closely reflect the world we live in. What we see, hear, and read subconsciously influences us and normalizes ideas and language. And it takes time for respect to take root.

Halloween stores are still selling Native American and “Fiesta” costumes, not to mention Caitlyn Jenner outfits. My confession? Up until a few years ago, I didn’t fully understand cultural appropriation, and there will forever be pictures online of me with henna-painted hands or wearing sugar skull makeup. I can’t erase that, but I can change my behavior and pass it down to my kids. The bullies on their school bus still use the same horrible, derogatory words they used when I was a kid. But the difference between then and now is that my kids know how horrible these words are. My hope is that by the time they have kids, knowledge and empathy will have spread, and my grandkids will never hear them at all.

The key here is being open to criticism and willing to learn—and willing to try and fail. As author Justina Ireland says in this essay on writing marginalized voices from a position of power, there has to be enough truth in the story to make up for the lies, for what’s missing in your perspective. In Wake of Vultures, my most recent book, my heroine is half Black, half Native American, and genderqueer. I’ve never faced anything close to Nettie’s worldview, and there was a lot that could go wrong. But committing to diversity in literature means taking the chance, expecting criticism, and being willing to do better next time. Although writing in 1800s Texas, even an alternate one, means that there are plenty of people in Nettie’s world who voice unkind thoughts, I believe it’s the writer’s place to help process and answer those problems through the text. Letting Nettie face an unrealistically sunny society wouldn’t do honor to the struggles real people faced in a world where white and straight was (and is) the assumed default. But I also have the opportunity to watch Nettie fight monsters and triumph in a world where he makes the rules.

Knowing that the media we love is problematic doesn’t mean rejecting it outright. I wouldn’t be who I am if I hadn’t read about strong women in Mists of Avalon when I was 13 or watched Thriller on repeat—which, yes, tells you what kind of woman I’ve become. The key is to embrace the good and recognize the bad. To acknowledge the problematic aspects of the things we love, think critically about it, discuss it rationally, and try to do better in the future. That includes respecting the feelings of those who seek to educate us and working harder to boost the voices and recognize the work of marginalized creators. We don’t have to apologize for what we love, but we do have to accept that there will be criticism, and that when someone says that they are hurt or offended by what we say, do, or recommend, their feelings are valid.

One of the great things about the internet is how quickly it speeds up awareness and spreads knowledge. I’m a traditionally published writer, and not only can readers easily tweet me to let me know when I’ve messed up—which they do—but I can also ask for help and receive informed answers. In my YA Thriller, HIT, I had a scene with an autistic teen, so I asked Twitter if anyone with experience working with autistic teens would be willing to do a quick read and offer suggestions on improving my chapter. Twitter answered, and I got schooled on word choice, autistic behavior and psychology, and doing honor to neurodiversity. Can you imagine how hard it would’ve been to find that kind of friendly, immediate expertise in the 1980s? Ignorance will always be a problem moving forward, but it’s possible to research online and through experience, to ask questions, and to ask for help.

It’s going to be a tough fight, though. No one struggles with change as much as an entrenched fan who’s served by the current narrative. The abuse Chuck Wendig has received for adding multiple gay characters to the Star Wars canon in Aftermath is only one small piece of evidence. Don’t even get me started on comics—because did you read this article about the (almost) all-male Writing Women-Friendly Comics panel? (Yes, I was on it, as a last-minute addition. Yes, I was snapped at for calling out a white dude as privileged.) When I think about the number of comicon and literature panels I’ve spent as the only woman surrounded by men… and not a single person of color. Opportunities are noticeably harder to find when you’re disabled, neurodiverse, queer, trans, or in any way visibly or invisibly different from the current default. Add in a certain movement about ethics in gaming, the recently revealed discrepancy of pay in Hollywood for men vs. women, and the nerd–rage over the possibility of Peter Parker being Black, and it’s obvious that we’re not there yet. We’re not even close.

So what can we do? Love the things we love, but acknowledge room for improvement. Listen to marginalized voices, amplify them, and maybe check the bookshelf to see if we’re reading widely or just enjoying the same white guy writers ad nauseam. Buy books that explore other worldviews, written by the people living them. See movies helmed by women and people of color. Curate the media we share with our children and find ways to discuss problematic elements and what could’ve been done differently. Not caring about what makes a creative work problematic is a form of privilege, and it’s not a fight that’s ever finished, not a one shot “I read a book by a trans person” or “I’d like Idris Elba as Bond, so whatever,” sort of thing. The onus is on all of us to speak out when we see missteps and to not react defensively when we’re making those missteps ourselves.

Another confession: I proposed this topic, then chickened out. I was afraid of the backlash I would receive, both from those whose lives run on the highest difficulty setting and those benefiting from the lowest (h/t John Scalzi for that metaphor.) In the end, two things overrode my fear: one, that the person who would be asked to write it if I backed out was just as white, abled, and cisgender as me, and two, that no man would balk if given this opportunity. Just like writing Nettie Lonesome, it’s worth risking criticism to feel like I’m speaking up for what’s right and hopefully become part of the solution instead of part of the problem. Uncomfortable conversations don’t get any easier when we don’t have them.

My impulse was to finish this essay with a well-known quote by some conservative white dude in a powdered wig, but screw that. Instead, I’m going with Audre Lorde, radical feminist, civil rights activist, and lesbian. “When we speak we are afraid our words will not be heard or welcomed. But when we are silent, we are still afraid. So it is better to speak.”

Delilah Dawson’s newest book — as Lila Bowen — is WAKE OF VULTURES, out now from Orbit.