You might not be happy with some of them. 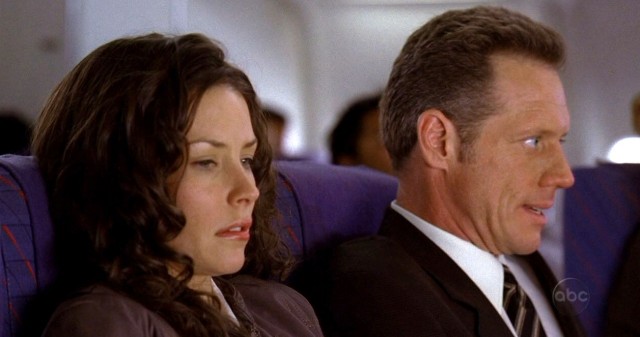 This week we were excited to learn the specifics of Evangeline Lilly’s, of The Hobbit and Lost fame, featured role in the upcoming Marvel film Ant-Man. A new Entertainment Weekly interview with the announced cast clarified some of the details released at Comic-Con. For example? She’s not going to be Hope Van Dyne. She’s going to be Hope Pym. But what about Janet Van Dyne, you ask? …Well. Comic spoilers to follow.

Hope Pym, of course, is a character in the comic books: as the alternate universe daughter of Hank Pym and Janet Van Dyne, she goes on to become the villainous Red Queen. We suspect her role will be less nefarious, but one thing the filmmakers definitely decided to bring in from the comics: a dead parent. Specifically, Janet Van Dyne, as Michael Douglas revealed in the Entertainment Weekly interview while describing his own character:

“My name is Dr. Henry Pym. I’m an entomologist. I’m also a physicist and I discovered in 1963, a way, a serum to reduce a human being to the size of ant maintaining the strength. Not only that, but I was able to find a way to communicate with the ants. But unfortunately during this process, a tragic personal accident happened with my wife, my daughter, Evangeline, Hope. So I’ve had to pass my powers and strengths onto a mentor.”

Either way, considering many fans are already less than enamored Hank Pym’s even in the movie in the first place —he was notably once characterized as a domestic abuser (something which tends to dominate discussions of his character)—the fact that Avengers-founder Janet, who was originally slated for the first Avengers film, will reportedly not play an active role in the MCU going forward is going to upset some people. Add to that the Edgar Wright fiasco and the recent cast member drop-outs, and Ant-Man is beginning to look like an uphill battle for Marvel.

Then again, we all said that about Guardians of the Galaxy and look how that’s been turning out. ‘Course, Guardians never killed an Avenger…

[UPDATE] According to a tweet by Marvel’s Ryan Penagos (Agent M), Lilly will be playing a Hope by the last name of Van Dyne:

So that’s making it look all the more likely that Janet is her mother as we supposed. If we hear more, we’ll update.

(via Blastr, image via ABC’s Lost)